Globalization Versus Legal Colonialism in the Internationalization of Legal Education: Thoughts on the Proposed Certification of U.S. LL.M. Programs

I have been considering the issue of globalization versus legal colonialism in the internationalization of legal education.   See, Larry Catá Backer, The Internationalization of Legal Education--Globalization or Americanization? The View From Spain, Law at the End of the Day, June 26, 2011. I have suggested that internationalization, as understood in the United States, has taken two substantially incompatible paths.  The first, internationalization of curriculum, mirrors that of other states.  This approach seeks to harmonize legal education across borders and focuses on expanding curricular offerings to embrace emerging law systems, as well as international, comparative and foreign law.  See, Backer, Larry Catá, Parallel Tracks? Internationalizing the American Law School Curriculum in Light of the Principles in the Carnegie Foundation's 'Educating Lawyers'. Comparative Perspectives on Law and Justice, in The Internalization of Law and Legal Education 49-112 (Jan Klabbers and Mortimer Sellers, Dordrecht, The Netherlands: Springer Science + Business Media B.V., 2008) (2 Ius Gentium: Comparative Perspectives on Law and Justice (Mortimer Sellers series ed.) ISBN 978-4020-9493-4; e-ISBN 978-1-4020-9494-1. 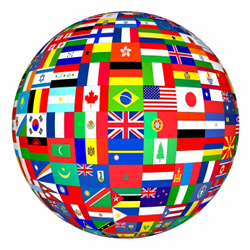 (From Dr Paul Greatrix, Internationalisation’s mid-life crisis?, Registrarism, June 8, 2011 (Dr. Greatrix is  the Registrar at the University of Nottingham ("In a recent opinion piece in THE, I argued that genuine internationalisation, including building campuses overseas, was challenging but achievable and required a sincere long term commitment. Others have been asking some hard questions about the whole idea of internationalisation. So, has it lost its way? Is it the end of internationalisation? Or is it just having a mid-life crisis?"))
The other, globalization of national forms of legal education, would internationalize the national educational curriculum; this posits the conception of legal education (and the legal systems that serve as their object) as commodities competing for market share in global markets for law.  See, Larry Catá Backer, "Extraterritorial Accreditation and Global Law Schools on the U.S. Model:  Considering the American Bar Association's Development of a Model for Accrediting Non-U.S. Law Schools to Grant U.S. J.D.'s," Manuscript June 2011.
Among the efforts to regularize and bureaucratize the provision of post JD legal education (sometimes  targeted for foreign consumption), the American Bar Association has now sought to consider  creating rules for the provision of such degrees.  My research assistant, Bret Stancil (Penn State Law '13) produced this useful discussion of the proposed LLM certification rules. 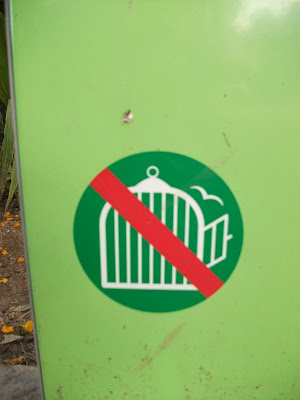 [9] "It sounds to me like students would be able to take the bar in other states, which is great for us...But I think the curriculum requirements would piss off a lot of our students who want to take more advanced courses like corporate finance.” Stephen Presser, Raoul Berger Professor of Legal History, Northwestern University School of Law. Quoted in: Karen Sloan, ABA Proposes Big Changes for LL.M.s, Law.com (5/24/2011) http://www.law.com/jsp/law/LawArticleFriendly.jsp?id=1202494952850 (accessed 7/1/11) 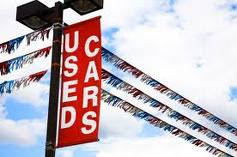 Should criminals be in charge of correcting the wrong they inflicted?

Puerto Ricans vote in elections every 4 years at an 80% level of participation. Puerto Rico has been a colony of the United States (US) government for the past 116 years. If the US government has the final say in what happens in Puerto Rico, what is the purpose of these elections? The purpose is to fool the world that Puerto Rico is a democracy.

The United Nations (UN) declared colonialism a crime against humanity in 1960. The UN has asked the US government 33 times to decolonize Puerto Rico immediately. The US government has refused. It says that Puerto Rico’s political relationship with the United States is none of the UN’s business. The US says that it is a domestic affair.

To appear that the US government wants to decolonize Puerto Rico, it promotes the use of plebiscites to determine what Puerto Ricans want. Doesn’t that sounds innocent and democratic? So what’s the problem?

To begin with, the international community already rendered its verdict and determined that colonialism is illegal. So to have a political status option in a plebiscite that favors maintaining Puerto Rico a colony of the United States is not permitted. To have a political status option of Puerto Rico becoming a state of the United States is also not permitted under international law. The problem goes back to the beginning of this article. In order to have free elections, the country must be free. So before these elections and plebiscite could be valid, Puerto Rico would have to first be an independent nation.

What people must realize is that Puerto Rico is a colony of the US because the US government wants it that way. That is why it has used terrorism to keep it that way. That is why it refuses to release the Puerto Rican political prisoner of 33 years Oscar López Rivera. That is also why it is ridiculous to believe that decolonization is a US internal matter in which the UN has no jurisdiction over. If we allow the US government to decolonize Puerto Rico, she will remain a colony of the United States forever!