The Internationalization of Sovereign Investing: Considering the Global Supervisory Function Within the Chinese Sovereign Wealth Fund 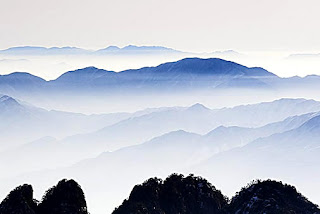 Function
The International Advisory Council (hereafter referred to as the “Council”) is an internal advisory body consisting of experts of international reputation and status, who would, at the request of the Company, provide advice to assist the Company in better understanding global macro-economic and financial issues, developing its overall strategic direction and policies, including overseas investment strategies, policies and processes of the Company.

The Council convenes once a year, and may convene interim meetings at the request of the Company as and when necessary. The Public Relations and International Cooperation Department functions as the secretariat of the Council, and Mr. Wang Shuilin, MD and Head for above Department serves as Secretary-general of the Council.

Yingyi Qian (China)
Dean, School of Economics and Management at Tsinghua University; Professor of Economics, University of California at Berkeley

Two of them John Mack and John Thornton are executives at companies where the CIC has investments in. John Mack was Chairman of the Board and CEO of Morgan Stanley until January 2010, an entity in which the fund had a 9.9% ownership stake in and John Thornton was a director of Intel which the CIC had a major investment to conduct research into developing "clean" technologies.  Another of the members, Knut N. Kjaer, was intimately connected with the work and investment framework of the Norwegian Sovereign Wealth Fund.  A couple of the members held key positions at the World Bank.  One of them, James Wolfensohn, served as president of the World Bank from 1995-2005, and since 2006 "Wolfensohn has been the chairman of the International Advisory Board of Citigroup ( C - news - people ). In 2009 he joined the International Advisory Council of China Investment Corp." Chris Barth, Get Briefed: James Wolfensohn, Forbes, Jan. 12, 2011. None of this suggests bad conduct--quite the opposite, it suggests the construction of a well considered network of private and public expertise that could, if used effectively, tie the Chinese sovereign investing enterprise more closely to the elite network of financial giants.


Recent scholarship has begun to suggest that a transnational class has been emerging that not only drives the shape and speed of globalization, but also manages globalization instrumentally through the transnational corporation. . . . Much of the analytical framework is grounded in a sophisticated reworking of traditional Marxist-Leninist critiques of its arch-nemesis—capitalism.191    But that stance ought not to blind those skeptical to the value of Marxist-Leninism as ideology to the utility of the important insight of the rise of international networks of economic, political, and cultural elites who together can serve to provide a necessary protection for economic entities against the reach of the regulation of any one state. (From Backer, Larry Catá, The Autonomous Global Enterprise: On the Role of Organizational Law Beyond Asset Partitioning and Legal Personality. Tulsa Law Journal, Vol 41, 2006). ("China Investment Corp. (CIC) which has suffered huge losses in its past investment ventures, may receive more government funds. Picture: A press conference held by CIC. (Photo/CNS)", Liang Shi-huang,Sovereign wealth fund to get US$200 billion injection, China Times, April 28, 2011)
China's CIC has also been astute in moving its operations in line with these network frameworks. It was recently reported that "Zhang JunsaiTeck Resources in 2009." Rob Gillies, China, US counting on Alberta's huge oil sands reserves, Anchorage Daily News, June 27, 2011.  While the American government frets over these moves, the Chinese ensure that the American state becomes increasingly removed from effective resistance.  It's network of key individuals in the West and among the most strategically useful sectors of business and finance suggests the utility of networks over the formal structures of governance.
Posted by Larry Catá Backer at 6/30/2011 10:52:00 PM

However, how does such non market activities play into the role of Sovereign Wealth funds. As Why would the WTO appeals court try and justify the worlds biggest non market economy and its centralized planning entity the SASAC as a not a non market enity. When they where the one's who have centralized the worlds jobs and taxes along with 97% of the worlds resources to their non market activities. Specifically due to pin point placement of WTO and World Bank economic leadership of their MSS espionage agents. Which the MSS is now expanding their bases and trying to seek more espionage seats.