Private Actors and Public Governance Beyond the State: Manuscript Draft

I have been working on a manuscript that may be of interest, to be published in the Indiana Journal of Global Legal Studies:   Private Actors and Public Governance Beyond the State: The Multinational Corporation, the Financial Stability Board, and the Global Governance Order.  It is part of an ongoing project on the evolution of polycentric governance and its consequences for states and multinational corporations.  The context is the ordering of global economic systems, and the rise of governance authority among non-state actors.  The specific context is the development of frameworks for communication and at least functional harmonization among these emerging systems as they confront and change the character of law-based governance by states, and perhaps even the nature of law. These frameworks might prevent collisions among these governance actors or they might exacerbate these collisions as hierarchies of legitimate governance are developed and imposed by public and private actors. 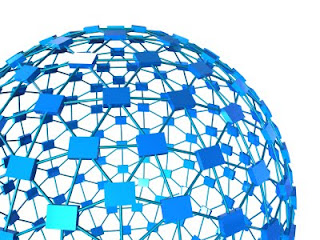 (From Fritz Springmeier, S-P-l-N = Segmented Polycentric Integrated Networks (From "Wise as serpents, Gentle as Doves") Pulling Back the Wizard's Curtains, Sept. 26, 2009; "S-P-l-N = Segmented Polycentric Integrated Networks.  If one wer to diagram a SPIN organoizaitonal chart it would not be  conventional box type configuration such as an army company organization chart. Rather, it would resemble a fish-net with interlocking nodes with groups linked to many other groups and cluster around nodes. There is no center to the network. . . . A network (one of their buzzwords) is many times more greater than the sum of its parts.")
The abstract is set out below, and the manuscript itself can be downloaded in full HERE.  I welcome comments, reactions and thoughts.
-------------------------------------
Private Actors and Public Governance Beyond the State: The Multinational Corporation, the Financial Stability Board, and the Global Governance Order

ABSTRACT: Transnational corporations are at the center of extraordinary and complex governance systems that are developing outside the state and international public organizations, and beyond the conventionally legitimating framework of the forms of domestic or international hard law. Though these systems are sometimes recognized as autonomous and authoritative among its members, they are neither isolated from each other nor from the states with which they come into contact. Together these systems may begin to suggest a new template for networked governance beyond the state, but one in which public and private actors are integrated stakeholders. This provides the source of the questions explored in this article: Is it possible to detect this new template for transnational governance of economic activity (in general) and corporations (in particular) developing through principles of transnational private governance?; Is Public governance in the twenty-first century taking on the characteristics of transnational corporate governance? The questions suggest three objectives. The first is to examine the organization of communities of states through the normative lens of private transnational governance. A secondary objective is to suggest the importance of communication—structural coupling—between developing private governance systems and emerging transnational public governance systems. That communication suggests the development of the institutional intermeshing of both autonomous systems of governing communities of private actors and communities of states. The third objective is to consider whether emerging governance frameworks, public and private, might be arranged together in a way that credibly suggests a system of coordinated meta-governance. After an introduction, Section I of this article examines the governance constitutions of multinational economic actors. Section II then turns to a consideration of corporate constitutionalism within a meta-governance framework. The focus is the governance framework of the G-20’s Financial Stability Board (FSB). The G20-FSB framework points to the future of governance systems in which the state participates in a collaborative governance structure, but in which states share rule making power with public and private non-state actors. The FSB template points to the organization of governance as a collegial enterprise in which states and traditional law-based systems interact with non-state actors and their norm-based systems to develop integrated governance with global reach. Thus reconstituted, a new set of arrangements might well arise, one in which amalgamations of the most powerful states and private regulatory bodies assert authority once reserved to states alone.

Sounds like another great article. Look forward to reading.