Cuba and the United States are said to be locked in a long and bitter struggle, which is perhaps best captured in the U.S. embargo against Cuba.


The American blockage effectively embargos most transactions with or travel to Cuba without the permission of the federal government. Among the laws which facilitate this embargo are the: (1) Trading With the Enemy Act of 1917, 50 U.S. C. §§ 5 et seq., under which the President may limit trade with an enemy nation during times of war or peace, and under which American Presidents issue annual reports on the Cuban state of emergency; (2) Foreign Assistance Act of 1961, 22 U.S.C. § 2151 et seq, pursuant to which aid is provided to nations other than Cuba, which is expressly excluded from its provision as long as Cuba retains a Marxist-Leninist government; (3) Cuban Democracy Act of 1992, 22 U.S.C. § 6001 et seq., under which foreign aid is promised to Cuba once the Marxist-Leninist government is removed; (4) and the Cuban Liberty and Democratic Solidarity (Libertad) Act of 1995, 22 U.S.C. §§ 6021-6091, which discourages third country investment in Cuba, encourages democratic reform in Cuba, proposes an assistance plan if transition to market economy occurs, protects the property rights of U.S. nationals, and codifies all prior federal regulations involving Cuba. Under regulations implementing the Trading With the Enemy Act all unlicensed financial and commercial transactions by Americans with Cuba or Cuban citizens is prohibited, Cuban assets of Cuba in the United States are frozen, and remittances to Cuban citizens limited, and travel to and expenditure of money in Cuba is prohibited. Larry Catá Backer,  "Cuban Corporate Governance at the Crossroads: Cuban Marxism, Private Economic Collectives, and Free Market Globalism," 14:2 Transnational Law & Contemporary Problems 337 (2004), at n. 174.

Thousands of articles and books and millions of words have been published on the subject.  It has served as political fodder fopr the global and internal interests of the U.S. and Cuba that evidences both their connection and their conflict.
But. . . . . sometimes a picture IS worth a thousand words: 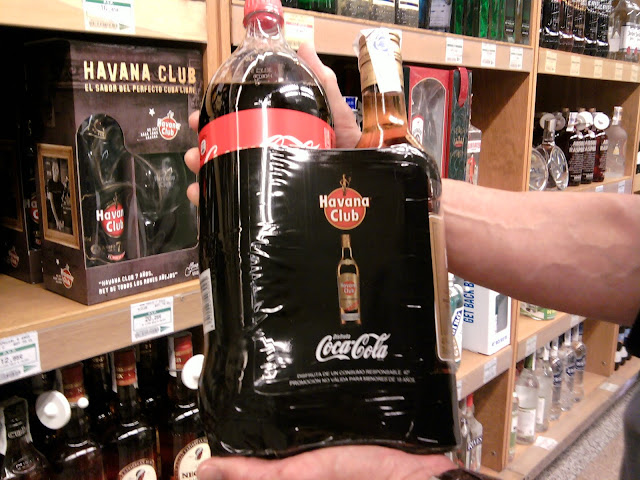