Internet based education has been assuming a growing power  and influence over the last decade. Universities are leveraging their teaching capacities by offering a greater number of courses entirely or partially on line.  They are also bringing on line wholly autonomous programs, some of which can lead to the granting of degrees.   A an example is Penn State University's World Campus programs, that, though functioning within the established institutional structure of the University, has also developed a capacity to offer a wide range of students a large number of courses and programs. 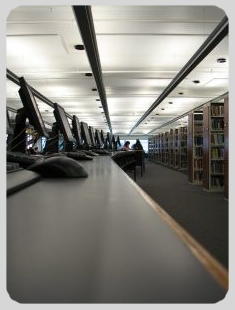 (From Online College.org Blog)
With the rise of on line course and degree programs, a number of important services have emerged.  One of the most interesting are those that seek to provide and organize information about these programs, and more importantly, to provide a way to assess programs.  These providers also serve another significant purpose, they contribute to the educational commons in a variety of ways.  An example of such a provider is Online Colleges, that offers overviews of programs, courses, and information that might be useful to students and others while advancing the business interests of the provider.
Online Colleges recently posted an article, “20 Influential Female Lawyers Every Law Student Should Know” that nicely illustrates the way in which the new markets for online education is changing the way knowledge is produced, distributed and utilized.  The article provides a list of the author's views of twenty important females who are or have  significantly impacted law and a brief explanation of their accomplishment.  They have produced other lists as well:
This is useful knowledge production and serves to diffuse learning that may even have positive gender parity effects.  It also suggests the value of a legal (and other) education for women (in general) and thus the need for counseling on the best method for attaining that education, and highlights the services of the provider.  Knowledge production thus may have an effect on markets for education and may serve to direct demand through providers of information about educational institutions.
We should expect to see more of this interaction among business, monitoring, assessment and knowledge production in the future.  Though issues of legitimacy and the hierarchical ordering of the production of knowledge remains important, it is clear that at least at some level, and among some sectors of the consuming population, the control of the production of knowledge and its dissemination is becoming more fluid.
Posted by Larry Catá Backer at 6/03/2011 05:28:00 PM

What a good brief critique I sincerely loved it

As a final point , permit me thank you for your patience with my English as (I am persuaded you have figured this at this moment ,), English is not my chief tongue so I am using Google Translate to figure out how to note down what I actually plan to articulate.