Corporate Social Responsibility (CSR) represents a departure from the traditional bases of corporate governance in law based on the fundamental duty of the corporate entity to shareholder/enterprise welfare maximization. Originally CSR might have been understood as originating in corporate charity, an activity at first grudgingly and then more open handedly permitted under the laws of many states.  While for many, charity marks the limits of CSR, the concept has substantially moved beyond this concept and the legal structures under which it was framed. 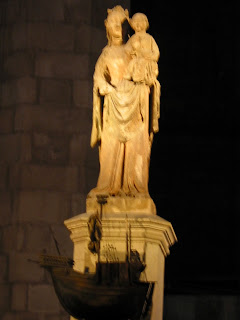 Beyond charity, CSR is now sourced in social norms--either those derived from the customs and expectations of firms, or as memorialized by an increasingly large number of governance instruments (soft law in relation to the hard law of statutory regulation) developed by private or public actors. It is also impacts-based; it is measured with reference to the effects of corporate activity on stakeholders in any one of a number of fields of corporate activities. See, Backer, Larry Catá, Multinational Corporations, Transnational Law: The United Nation's Norms on the Responsibilities of Transnational Corporations as Harbinger of Corporate Responsibility in International Law. Columbia Human Rights Law Review, Vol. 37, 2006.

Though CSR can be understood as a unifying concepts grounded in this "stakeholder-impact" framework, it is not uncommon for corporate entities, and the states in which they operate, to disaggregate impacts and to arrange them vertically in some sort of order of importance.  As a consequence, cultures of CSR may vary, and perhaps sometimes considerably, based on the place where CSR is meant to be applied. 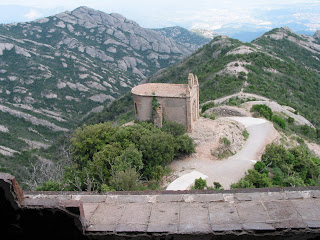 Simultaneously, civil society actors and public international organizations have been working hard to develop and implement a harmonized approach to CSR in which national or regional variations in CSR is minimized and prioritization of stakeholder impacts is avoided.  See, e.g., Larry Catá Backer, Backer, Larry Catá, From Institutional Misalignment to Socially Sustainable Governance: The Guiding Principles for the Implementation of the United Nation’s 'Protect, Respect and Remedy' and the Construction of Inter-Systemic Global Governance (September 5, 2011). Pacific McGeorge Global Business & Development Law Journal, 2011.

For this post we consider  an aspect of Korean CSR.  In some respects, Korean CSR reflects the continued impact of traditional notions of corporate CSR as charity.

"According to the Korea Chamber of Commerce and Industry, most companies in Korea are concentrating their CSR activities into supporting the under-represented people such as charity activities either directly by their own volunteer groups or through NGOs. (35.1%). Meanwhile, companies were equally interested in contributing for academic activities such as scholarship programs and high education support (15.8%), catastrophe recovery (15.8%), and community development (15.3%)." (From Korea's CSR Environment, The Europe-Korea Foundation)

But it also strongly evidences both a move toward regionalism in CSR, and the countervailing push to global harmonization.  See, e.g., Richard Welford, Korean CSR disclosure under the spotlight, CSR Asia, May 4, 2010 ("A new research report on the CSR reporting practices of Korean companies finds strong reporting on environmental issues but reveals a relatively poor understanding of and reporting on social issues, especially human rights."). See also Seungho Choi and Ruth V. Aguilera, Corporate Social Responsibility Dynamics in South Korea and Japan: A Comparative Analysis (2008)

Shing Kit Wong has prepared a short essay focusing on the environmental aspects of Korean CSR in this context:

LG To Invest $18B To Cut Emissions, Ramp Up Enviro-Friendly Business, <http://www.sustainablebusiness.com/index.cfm/go/news.display/id/20114>