Jernej Letnar Cernic, who teaches at the School of Government and European Studies and at the European School of Law, Slovenia, has published a short but useful guide to the 2011 updates of the Organization for Economic Cooperation and Development's Guidelines for Multinational Enterprises. ASIL Insight on The 2011 Update of the OECD Guidelines for Multinational Enterprises (Vol 16(4), Feb. 10, 2012) 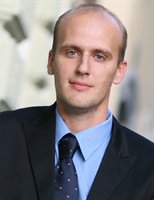 Like many, Cernic argues for substantial reforms of the enforcement mechanisms of the Guidelines, currently facilitated by OECD states through the National Contact Point system.

Three main proposals can be offered with regard to bolstering the existing system of NCPs. First, the complaint mechanism under the OECD Guidelines could be transformed into a quasi-legal employment tribunal to deal with complaints. A proposal for a model NCP along these lines was submitted. [citation] The creation of an independent and impartial supervisory mechanism of the OECD Guidelines is another alternative. Another option is to establish the role of an ombudsman, who would represent the public interest by investigating and addressing complaints against the work of respective NCPs. Arguably, the implementation procedure under the Guidelines must be strengthened in order for the system of NCPs to effectively regulate multinational enterprises’ activities. While the 2011 Update of the Guidelines is a step in the right direction, the OECD Guidelines, along with other international initiatives, are still a far cry from an independent forum to appropriately respond to corporate human rights abuses. (From The 2011 Update of the OECD Guidelines for Multinational Enterprises; citing in part to Tim Steinweg & Joris Oldenziel, By Invitation: The OECD Guidelines for Multinational Enterprises: A Modest Proposal (Aug. 7, 2007),.

The enforceability of the Guidelines remains a highly contested issue.  It is also a window on a larger problem that remains unresolved--the necessity of the state in the construction and enforcement of transnational norms. The difficulty of enforcement , then, might present a more complex issue.  On the one hand, the failure to enlist states to effectively incorporate the Guidelines into their domestic legal orders, or to provide greater access to their systems of dispute resolution points to a fundamental unwillingness of states to integrate developing international norms--and even international sopranos that they have a hand in crafting--into their domestic legal orders.  There is, in effect, some benefits to states, of treating these governance systems as something apart from both settled traditional notions of "law" and the dispute resolution mechanics that "law" invokes. Even the U.K., famous for the willingness of its National Contact Point to invoke transnational norms in its decision making has left this forum quite outside its law and judicial systems.  On the other hand, it suggests that international or transnational actors have been unwilling to craft their own systems in a way that complements the facilitative role of states acting through their NCP frameworks.  There might be two approaches worth considering-  The first is the creation of an international architecture for resolution--at its most ambitious invoking the mechanisms of the world trade organization (and permitting states to invoke sanctions regimes against states whose companies are found to have been in violation of the Guidelines by an NCP); the other the creation of an enforcement panel through the UN Human Rights institutions in Geneva, with sanctions including suspension of members whose companies fail to conform to Guidelines determinations.  In both cases, the incentives to conform would be placed on the state, but those incentives would work to push states to enforce their OECD obligations rather than to provide a facility for specific judicial action against non complying enterprises.  Lastly, of course, an OCSID like framework might be considered to proceed against both the state in which the offending enterprise is chartered and against the enterprise itself.  More on this in later postings. .
Posted by Larry Catá Backer at 3/20/2012 01:06:00 PM