As many know, university governance is undergoing substantial pressure for change.  Long a backwater in the governance literature (and still substantially ignored in favor of the more interesting issues of governance at large economic enterprises, important non-governmental organizations and states) universities are coming into their own as a site for contests over the cultures, philosophies and implementations of governance. 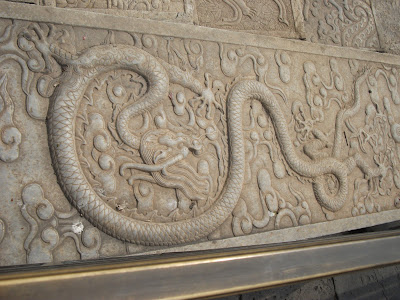 Penn State is among those "laboratories" within which these stresses are being managed and directed by those with significant stakes in the outcome.  This post outlines the contours of some of the more important areas of governance stress--among them the role of the board of trustees, accountability and control within university administrative structures, cultures of impunity and retaliation within university governance, and transparency (in both its communicative and engagement aspects).


Over the course of this year, as I serve as the Chair of the Penn State University Faculty Senate, I will have the opportunity to engage, from the inside out, in the processes of governance changes at an institution under stress. Penn State has been at the center of national movements about governance at the university, tied to some extent to (1) the pressures of the professionalization of sports at large research universities (e.g., Andrew Zimbalist,  Unpaid Professionalism: Commercialism and Conflict in Big Time College Sports (Princeton: Princeton University Press, 1999), (2) trends in corporatization of university organization and operation, (3) the revolution in the composition and character of faculty from one predominantly peopled with tenure and tenure track academics to one in which fixed term or contingent faculty are increasingly predominating, (4) changing corporate cultures in the relationship between the principal officers of the university and its Board of Trustees (a discussion already well underway in the world of for profit corporations), and (5) global trends in cultures of governance that now emphasize internal and external transparency.

Much of my initial assessment of Penn State's responses to governance reform stress, and the context in which these stresses arose, are being developed on through engagement in governance at Penn State in my role as Chair of the University Faculty Senate.Many of my initial observations and analysis at posted to The Faculty Voice, a blog I established in an effort to increase both engagement and transparency within the University community.  That effort itself, its success or failure, will be an important element in thinking through the forms and direction of changes in university governance., and the relationship between those changes and changes occurring in governance of other entities--corporations, NGOs and states.

My sense is that there is a convergence in governance cultures that is now occurring, one in which the size and characteristics of an organization will be more important than its formal organization or character in determining the form and culture of governance that it will implement.  This is a noew form of convergence, one in which large NGOs (for example Amnesty International) the largest corporations (for example Apple, Inc.) and large states (for example Germany) and large educational institutions (for example Penn State) will have more in common with each other, and will participate more harmoniously in the development of common cultures of and approaches to governance than any of these enterprises will have in common with smaller members of the same character  This form of governance harmonization will also create new categories for distinguishing between governance groups.  In effect, Penn State and Germany might have more in common with respect to the issues and expectations of governance than Penn State will have with a very small college (e.g. The American College of Haverford Township Pennsylvania) or Germany will have with a very small state (e.g. Bahamas) (in public governance, e.g., Backer, Larry Catá, Economic Globalization Ascendant: Four Perspectives on the Emerging Ideology of the State in the New Global Order. University of California, Berkeley La Raza Law Journal, Vol. 17, No. 1, 2006).

This presents a additional layer of stress as institutions respond to important movements that may require modification of practices and expectations within an enterprise. The resulting complexity and confusion--as the dynamics of governance change within the community of institutions that are understood as peer group members and the identification of expectations and implementation of those expectations internally--complicates analysis.  This will be especially the case as people confuse sources of authority and values in responding to governance stress.  This is especially apparent in university governance.  For example, the discomfort with the corporatization of university governance is in part a reflection of contests for control of values, but it is also an admission that at least among similarly situated for profit and university organizations, there is an increasing expectation of shared norms, at least to some significant extent.  The same, of course applies in the context of current debates about the public obligations of non-governmental organizations, and especially corporations (and also universities now in a slightly different way), and the regularization of commercial and social interventions by states.  This conversation is grounded on a  premise that the same class of organization--whether constructed as a state or a corporation (or university) --may be expected to conform to a similar set of governance and conduct norms.  This premise is especially strong in the context of transparency. (e.g., Backer, Larry Catá, Transparency and Business in International Law — Governance between Norm and Technique (March 17, 2012)).

Most recently, the issues of convergence have centered on the role of the board of trustees of a university in the conduct of investigations that may touch on its own culpability and on the construction of a set of norms for determining its role in governance.  For those who want to follow this at least in preliminary form, you might want to read some thoughts (all posted to the Faculty Voice Site) about the way the issues have arisen at the university of Virginia

On the Termination of the University of Virginia's President--More Aggressive Boards, Politicians, and Faculty May Reshape Governance of Public Universities

Charting the Passing of an Age or Counter-Reformation?: The University of Virginia Saga Continues on of the Future of Board-Administration Relationships

A Tale of Two Senates: "Faculty Discipline Makes All the Difference"

and at Penn State.

On the Institutional Role of a Faculty Senate: Part 1

On the Institutional Role of a Faculty Senate--Part 2

Irony and Incoherence in the "Professionalization" of University Education

Made to Market Education and Professionalization in University Education

Penn State's Cultures of Silence: A View From Outside In and Inside Out

Drawing the Wrong Lessons From the Sandiusky Scandal for Institutional Reform and Athletics: John Feinstein on "The Lesson of Penn State"

The Penn State Board of Trustees and the NCAA: "Punitive" Sanctions and "Unfortunate" Process Choices

Practicing Transparency at Penn State and the Consequences of Failure

Statement of Senate Chair Made at the Aug 28, 2012 Meeting and Consideration of Past Chairs Statement Regarding the Freeh Report and NCAA Consent Decree