Robert C. Blitt on Tunisia: Springtime for Defamation of Religion

Robert C, Blit is an Associate Professor at the University of Tennessee College of Law and before that he served as International Law Specialist for the U.S. Commission on International Religious Freedom (USCIRF), an independent, bi-partisan agency created by Congress to monitor the status of freedom of thought, conscience, and religion or belief abroad.

Professor Blitt has written a valuable opinion essay in which he recent efforts to criminalize blasphemy in Tunisia in the wake of their version of "Arab Spring" should be a cause for concern   that the US and other countries should contest in an effort to protect international human rights norms  Robert C. Blitt, Tunisia: Springtime for Defamation of Religion, JURIST - Forum, Aug. 13, 2012, http://jurist.org/forum/2012/08/robert-blitt-tunisia-defamation.php.  This post includes that essay and some thoughts that it provoked.

Tunisia: Springtime for Defamation of Religion 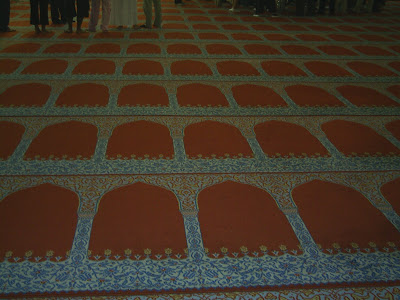 Bravo. Professor Blitt nicely points to a point of divergence between the development of consensus at the international level of an appropriate relationship between a state and religion,  on the one hand, and the equally powerful development of a quite distinct consensus on that point within the domestic legal orders of states. The international community has been fairly strong in advancing its views among the members of its community--but it has been much more timid in exporting its consensus from the halls of Geneva to the street of many states where the international consensus might be understood as abomination. More interesting is the way in which, within domestic legal orders worried about human dignity, the ideals of preservation of personal autonomy as a bundle of negative rights ("to be protected against") has morphed into a set of positive obligations ("the right to prevent others from acting").  That morphing necessarily privileges the object of positive obligation against the values that may be curtailed as a consequence of that protection (expression, belief, conduct, and ironically dignity).  The international community, and the West especially, is conflicted about the appropriate space for religion within political communities, especially plural communities.   (e.g., The Veil--Torn Between Religion and Law in Spain;  Religion, Social Norms, and the State--The 2012 Letter of the Sacerdotes Mayores de Ifá of Cuba;  Religion in the Service of the State: Schools of "Soft Islam" in Britain;  Fides et Ratio: Religion and Law in Legal Orders Suffused by Faith; and Offending Religion.

But Professor Blitt is correct both as to the effect of recent legislative moves in Tunisia.  Left unchecked, these moves privilege religion, an ideal anathema to emerging consensus in international human rights, but a very real concur.  (e.g., Creeping Toward Theocracy Without Constitutionalism in Indonesia: Using the State to Suppress Competitor Religions). He is also right to remind states, like the United States, of their obligations to shape their foreign policy to conform to the international consensus on human rights respecting religion.

But then I began to consider the enormity of Professor Blitt's quite sensible analysis, and the difficulty of moving in the direction that he suggests.  The United States has been complicit in the development of constitutional orders that privilege religion, and the dominant religion of a polity in particular--that is illustrated in both the Iraqi and Afghani constitutions (though there are any number of our colleagues in the academic and political community who would disagree strongly) as well as some solicitude for the tame Islamic party's efforts to undo the secular state principles in Turkey (e.g.,Of Political States and "Soft" Religion as the Basis for State Organization) (again some of our colleagues would disagree, having a different and from my perspective peculiar vision of the relationship between majority religion and the state). From there I thought, well, if that is the case, then the U.S. is hardly in a position to take a strong position against these laws, having, in my view, been itself a principal agent in fostering regimes in which support for these types of rules would be constitutionally permissible.  This might explain, in part, the U.S. reluctance to take a stance in Tunisia--beyond the usual measure of inattention and confusion that sometimes follows movements of these kinds abroad.

Then I started speculating.  I thought about why the United States might be less enthusiastic than it should be. That got me thinking about anti-blasphemy laws, discredited within the logic of modern human rights norms as altogether too crude a vehicle for the vindication of religious dignity. Defamation of religion, on the other hand, might work better within the rhetorical tropes of human rights discourse, a state of affairs suggested int he difficulty in rejecting its embrace at the international level. Professor Blitt reminds us that many people see through this.  But I have always thought that the strength of the supporters of this approach has always been underestimated. In the United States, which is where your argument took me (of all places) I started thinking about the move within religion clauses discourse to privilege religion (clearly not everyone agrees but I think I can count maybe 4.5 on the U.S. Supreme Court that might agree) and thought that for at least a faction of those folks, the idea of legal regimes protecting against defamation of religion would be useful, especially if the concept of defamation could be used instrumentally, as it has been in some in Muslim majority states, to discipline minority religions into an effectively subordinate place in the polity. (e.g., Ruminations XXXV: Blaspheming Law). So this move would be viewed as a good thing by people in this country who do not view the exercise of merging religious and secular law as wrong, just that in other states they chose the "wrong" religion. The problem in the U.S. especially, however, is that for the moment there is a sense that one cannot discriminate against any particular religion (or "not religion") so that even if we could move toward a defamation of religion standard it would have to make room for religions traditionally suppressed (like Santería and the Wiccans) something that mainstream religions with political agendas have grudgingly tolerated for the moment, satisfied merely to increase the transaction costs for those religions to vindicate their rights (for example the Wiccans and Arlington cemetery).

I wonder, then, whether Ennahda in Tunisia is a harbinger of a substantial split in global consensus about the relationship of religion and the state, even in plural societies. Even as the international community refines an elegant system of human rights grounded in the notion of a political state as a space for the peaceful and equal co-existence of a variety of religious and ethnic groups, the volkish aspirations of ethnicity and religion (and a combination of both in places like Malaysia where ethnicity and religion have fused in a distinctive manner) is also being refined and implemented to reinstate religious and ethnic hierarchies using some of the rhetoric of modern human rights discourse to undo its objectives.
Posted by Larry Catá Backer at 8/17/2012 11:16:00 PM