Though sovereign wealth funds no longer attract the attention they did before the Arab Spring and the American presidential elections distracted the media and political elites, they remain an important and increasingly significant actor in the evolution of economic globalization and its consequences for the role of states and non-state enterprises in economic markets.  See, e.g., Nigeria to start $1B sovereign wealth fund, Boston.com, August 31, 2012 ("Nigerian authorities pushed for the creation of a sovereign wealth fund as a means to better save the billions of dollars the nation annually earns annual from oil revenues. Opaque budgeting and corruption sees much of the money siphoned away."). 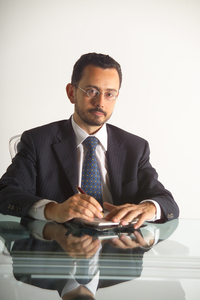 But, despite the relative quiet, important work continues to be produced.  This post considers one of them, an important new book from Fabio Bassan, a professor in the faculty of economics at Roma Tre, and the founding director of the Sovereign Wealth Funds Centre. Fabio Bassan, The Law of Sovereign Wealth Funds ((Cheltenham, Eng.: Edward Elgar, 2011).  This post considers this work.