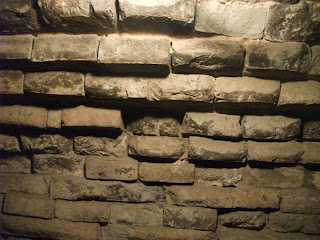 The  evolving role and importance of transparency as norm and technique has reached all sorts of institutions--nor merely large enterprises and states, but also civil society actors and academic institutions. Particularly illustrative of the power of transparency and the consequences of failing to understand and deploy it in its engagement and communicative forms, is Penn State University.  Penn State has been engaged in a massive project of communicative transparency to outside stakeholders:  Progress at Penn State; and also a bit of communicative transparency among internal constituencies.  It is struggling with embedding engagement transparency systemically, still approaching this sort of transparency as an episodic, discretionary and top down derogation from standard operating procedure. The result, not surprising, is greater difficulty in managing the participation of important inside and outside stakeholders and more importantly, in affirming the legitimacy of its processes and decisions. The difficulties it is facing as it seeks to extract itself from a crisis precipitated by the arrest of a former employee for pedophilia suggests both the power of transparency in modern institutional behavior.  What follows is cross posted from the site I maintain for issues connected with my role as Chair of the Penn State University Faculty Senate.

The longer I serve as Chair of the Penn State University Senate the more convinced I am of the importance of transparency.  And I do not mean the simpleminded sloganeering that passes for transparency among administrators eager to sound good but change none of their habits, or of faculty who like the word as a fetish but fail to embrace the obligations inherent in the concept.  I mean transparency in its two forms: engagement transparency and communicative transparency.  The former requires the production and dissemination of information necessary for key stakeholders to fully participate in shared governance.  The latter requires the publication of information that clearly provides information justifying or explaining actions taken.