Nichola Gutgold on "Women and The US Presidency: From Symbolic to Viable" 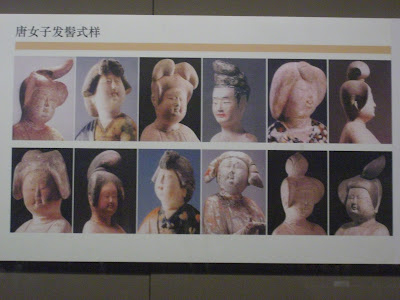 She has been particularly interested lately in the rhetorical styles of women in politics.  She has just posted "Women and The US Presidency: From Symbolic to Viable" which I cross post here.


2008 was a visibly progressive year for women in American politics. Hillary Clinton almost won the Democratic nomination for president and Sarah Palin was the Republican vice presidential candidate. Does the absence of women on a national party ticket in 2012 mean that all progress is lost?

A review of women presidential candidates from 1964-2012 shows a promising shift.

1964 Margaret Chase Smith, Republican Senator from Maine ran for president.  Margaret Chase Smith wasn’t willing to neglect her work in the Senate in order to run for president.  She was especially interested in the passage of the Civil Rights Bill, and much of her 1964 campaign season was spent hurrying back to Washington.  Historian Janann Sherman noted:  “Her refusal to leave her job or take any money made it very difficult to run a campaign.”  At the time of her presidential campaign for president, Margaret Chase Smith had piled up an amazing, all time Senate record of 1,620 consecutive roll call votes.  She also refused to take money!  Anyone who sent her campaign contributions soon received their donation back with a kind, (often hand-written) note that stated she simply could not accept it.  Without a lot of money, no one can be elected president.

1972, Shirley Chisholm, Democratic Congresswoman from New York  identified the biggest obstacle to her presidential race in a keynote address she gave before the National Women’s Political Caucus Convention in Houston in 1973.  “One of my biggest problems was that my campaign was viewed as a symbolic gesture.  While I realized that my campaign was an important rallying symbol for women and that my present in the race forced the other candidates to deal with issues relating to women, my primary objective was to force people to accept me as a real, viable candidate.”  She also perceptively observed that voters were more “sexist than racist.”  She was a novelty candidate.

In 1988, Patricia Schroeder, Democratic Congresswoman from Colorado got in the race late after Gary Hart stepped down because of an  extramarital scandal.  She was barraged with questions that pointed to her gender:  “Are you running as a woman?” and “Why don’t look like the president?”  She admitted, “Many could not get beyo

In 1999 Elizabeth Dole, former president of the American Red Cross made an exploratory bid for the presidency.  She was repeatedly described as the “first” woman running for president and descriptions of her clothing choices often preceded her stance on issues.  She was also criticized for her intense preparation, and her husband Bob Dole brought negative attention to her campaign by telling the New York Times he was donating money to John McCain’s campaign. Furthermore, her ardent campaigning for her spouse, Bob Dole, over the years indelibly cast her in the eyes of the voters as the spouse of the candidate, not the candidate.  Was cast in the eyes of the public as a spouse, not a candidate

Fast forward to 2008 — Hillary Clinton almost won the Democratic nomination for president.  Sarah Palin was a positively awful vice-presidential pick for McCain because she was not ready for the national stage.

But no one doubted that Hillary Clinton was presidential in her 2008 bid  and that she could have won.

In her announcement speech she made it clear when she said,  ”I’m in. And I’m in to win.” With these words, she told the world that she wasn’t  just  paving the way  for more women to come forward in the future and run for president. She was determined to win and she didn’t back down until it was clear that Barack Obama won the nomination.   Still her candidacy was non-symbolic and important in a number of ways.  Hillary Clinton demonstrated:
In 2012, after Republican presidential candidate Michele Bachmann came in near the bottom of the Iowa caucus, winning only 5 percent of the vote, she suspended her campaign, conceding that “the people of Iowa spoke with a very clear voice, and so I have decided to stand aside.” Her campaign, which suffered when the candidate misquoted historical facts and made the claim that the  HPV vaccine can lead to mental retardation, also faced some of the barriers that other women in pursuit of the presidency have faced. Her appearance and motherhood were often the focus of press coverage, but her performance in debates and in interviews, was consistently strong.

So while there are no women on a national ticket in 2012, a closer look at the women of 2008 and 2012 reveals a positive shift from symbolic to viable.