International Conference on the Realisation of Socio-Economic Rights in Emerging Free Markets: Perspectives from China and India

The Centre for Chinese and Comparative Law (RCCL) of the School of Law of City University of Hong Kong organised an marvelous International Conference on “Realisation of Socio-Economic Rights in Emerging Free Markets: Perspectives from China and India”. The Conference will took place in Hong Kong on 29-30 November 2012.My great thanks to the conference organizer, Surya Deva, Associate Professor, School of Law, City University of Hong Kong for a thought provoking program that sought to push the envelop both respecting the institutionalization of social and economic rights norms and the important work of comparative study of China and India. 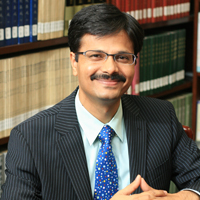 The conference brought together a group of scholars from China, India and the West, all of whom sought to consider the role of socioeconomic rights developments in China and India.  This post includes the Conference Concept Note,  Conference Objectives, Program, and a short Biography and abstract of the presentations of the conference participants.


Conference In the last decade or so, China and India have emerged on the global stage as two emerging (market) economies. Despite some fundamental differences in their political and constitutional structures, China and India share many similar traits, e.g., large population, constitutions with socialist orientation, emerging free markets, economic disparities, and corruption. Nevertheless, legal scholars have not adequately compared and researched on the experiences of China and India, despite the fact that both countries should be able to learn from each other.

This Conference is an attempt to charter this relatively unexplored territory. It seeks to examine the realisation of socio-economic rights in China and India, especially against the background of both countries embracing the free market ideology but without totally abandoning their socialist orientations. This Conference will provide a platform to discuss in a comparative way how these two countries have tried to overcome the challenges in realising the socio-economic rights of their vast population. Such an exchange of views should be useful not only for scholars and policy makers in China and India, but also for anyone interested in other BRICS countries as well: Brazil, Russia and South Africa.

The Conference seeks to explore, among others, the following issues:


 examine critically and in a comparative manner the effectiveness of measures – i.e., policies, laws, programmes, etc. – adopted by China and India to realise socio-economic rights;


Leading scholars who have researched and published in the area of socio-economic rights (especially those with expertise on China and/or India, or international human rights and development) will be presenting papers at this Conference. 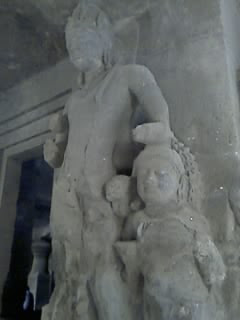 Socio-Economic Rights at the International Plane: A European Perspective 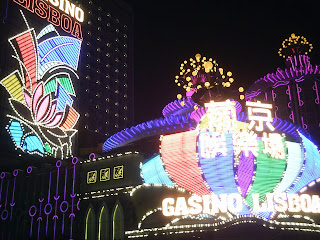 Speaker Bios and Abstracts of presentations:


Socio-Economic Rights at the International Plane: A European Perspective: Socio-Economic Rights are gaining more and more importance in the globalizing world. For a long time, globalization has been treated as a self-regulating process, creating win-win situations for all participating states and their peoples rather automatically. However, since the nation state’s power in this new world order is eroding, themes, originally stemming from the domain réservé of the states, play a more important role in international relations. This includes questions of social policy and socio-economic rights, in particular the creation of minimum standards and the inclusion of non-state actors in the realization thereof. In the supranational order of the European Union and in the framework of the Council of Europe such questions have been discussed early by the European Court of Human Rights (ECHR) and the European Court of Justice (ECJ) alike. However, this European discussion has largely been based on classical “first generation” civil rights. The presentation of Professor Kotzur is aimed at exploring the developments in the field of the protection of socio-economic rights in Europe including decisions which shift their focus to second and third generation human rights and their implementation. This study shall in a second step serve as a background for discussing similar developments at the global plane.

Giving Socio-Economic Rights Teeth: Lessons from the South African Experience: Perhaps the key challenge facing socio-economic rights is to move beyond their being abstract normative commitments that promise a lot to the actual delivery of concrete goods for vulnerable individuals. In its transition to democracy, South Africa included justiciable socio-economic rights in its bill of rights to address the plight of the poor in society. Very soon, the Constitutional Court was faced with the central question of how to interpret these rights as well as the kinds of remedies it should give. An analysis of the South African case law that has developed surrounding these rights can provide an important understanding of some of the possibilities and pitfalls courts can face when giving effect to these rights. It thus may be of relevance when considering the development of socio-economic rights jurisprudence in China and India which also face large segments of the population who are in poverty.
Three important questions will be considered in this paper. The first question relates to the content of socio-economic rights provisions. The South African Constitutional Court has developed an approach to these rights that focuses on whether the government has developed a programme that is reasonable to address a specific right such as the right to adequate housing (for instance). This ‘reasonableness approach’ ultimately is programmatic in nature and places great emphasis on the notion of ‘reasonableness’. I shall argue, on the one hand, that the programmatic focus of the court is an important development and offers a means to address certain difficulties with these rights when considered purely as individual entitlements. On the other hand, the notion of reasonableness cannot bear the weight placed upon it: ultimately, the court has largely failed to articulate an approach to these rights that provides prospective litigants with an understanding of their content. The court has often been more successful in its approach to specific rights such as the right to housing where it departs from the abstract doctrine and provides more determinate content to these rights.
The second question often raised in relation to these rights relates to separation of powers concerns. In South Africa, these have played a central role in leading the court to adopt a largely deferential approach to other branches of government. This has affected both the approach to content that has been developed (discussed above) as well as the extent to which these rights have been successful in pressing the government to address the desperation that exists within South African society. I suggest that a revised conception of how to navigate the question of separation of powers should be developed as is a challenge for the new constitutionalism being developed in the Global South.
Finally, I shall consider the question of remedies. Surprisingly, at times, a highly deferential approach to content has resulted in meaningful remedies for litigants. This often occurs within contexts where more determinate content is given to specific rights; indeed, sometimes the remedies themselves help provide some content to these rights which enable them to have a meaningful impact upon the poor. Here, the Courts have adopted a similar approach to that exhibited in the right to food case in India, for instance. I shall argue that whilst strong, concrete remedies are important, they should not supplant the need to develop a principled approach to socio-economic rights that can guide future decisions. Ultimately, South Africa still awaits an adequate doctrine to guide judicial decision-making in particular cases. This is a challenge that needs to be taken up across countries in the Global South and it is perhaps to courts in South America – in particular, the Colombian constitutional court – where a better vision for these rights can be gleaned.

The Protection of Social Rights in Brazil and Some Characteristics of These Rights in South America:  The Brazilian Constitution does not give uniform treatment to form a concept of the social rights.  The intent of this paper is to focus the comprehensiveness of the expression of social rights in Brazil and comment on some cases of Latin American states.  There are cases in which budgetary resources cannot be available to satisfy a right or condemnation, but the same can also imply for non-compliance with an obligation undertaken in economic, social and cultural rights matter.  The adhesion by part of the Latin American states to the International Covenant on Social, Economic and Cultural Rights and to the Protocol of San Salvador, implies a juridical-constitutional commitment with the duty of progressive realization of such rights and consequently, with the correlative prohibition of regression. Budgetary planning is important for Executive and Legislative powers to take social rights effective, but the role of the judiciary power to guarantee the existential minimum cannot be forgotten.


Socio-Economic Rights in the World Market: China, India, and the Gang of Five. The entry of China and India into the global economy involves not only the internal transformation of those two societies, but also a significant step towards what Marx called the ‘completion of the world market’ – the expansion of foreign trade and the transformation of social relations of production, and with that the intensification of competition across the global economy. They represent crucial cases, therefore, for the gang of five international organizations most closely concerned with the governance of the global economy – the ILO, the IMF, the OECD, the World Bank, and the World Trade Organization. Over the past two decades these organizations have converged on a programme aimed at reshaping human and specifically socio-economic rights in order to make them consistent with and supportive of the rule of capital, and competitiveness in the global economy. This paper analyses the engagement between China and India on the one hand and the Gang of Five on the other, with particular emphasis upon the most recent OECD Economic Surveys of the two countries, and the 2013 World Development Report – Jobs. It shows that socio-economic rights in both countries are being redefined and reformed in order to bring them into line with the logic of the world market.


Realizing Socio-Economic Rights Under Emerging Global Regulatory Frameworks: The Potential Impact of Privatisation and the Role of Companies in China and India. From the middle of the last century, socio-economic rights have been bound up within the ideology of the state within national legal orders and through the construction of an important edifice of public international law and institutions. Globalization may be changing both the focus and locus of socio-economic rights. The state, and public international organizations have been making room for the multinational corporation and global civil society.  In lieu of a hierarchically arranged global system of public power managing socio-economic rights, governance fracture and polycentricity has complicated the regulatory landscape, making it sometimes harder to see where public law ends and private affairs begin.  This paper examines the ways in which the development of socio-economic rights has emerged in two of the most important emerging free market economies—China and India. The analysis will be grounded on two case studies, one from each of these states.  These will serve to suggest the ways in which both privatisation and corporate actors now play an increasingly important role in realising socio-economic rights, and their effect on the character, locus and focus of those rights.