My colleague, Katherine Pearson has been doing great work on issues involving the treatment of the aged. Especially interesting for me has been recent work on the institutional regulation of enterprises that provide nursing and related services to the aged.  More specifically, the issue of stakeholder versus shareholder rights in the management and operation of these facilities provides an additional and important wrinkle on current debates within corporate an international law on the nature of corporate enterprises and their relationship to stakeholders.  In this case, Professor Pearson considers the value of resident representation on the governing boards of nursing homes. She argues that "Voting membership on boards can promote trust among current and future residents, while also encouraging decisions-makers to listen directly to the residents’ perspectives on financial stability." (Testimony p. 4). 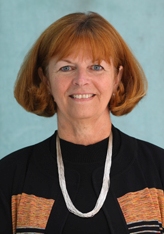 Professor Pearson was recently invited to give testimony to the legislature of the Commonwealth of Virginia on these and related issues.  This post provides  a short summary of that testimony and excerpts from that testimony:  Commonwealth of Virginia, Division of Legislative Service, Virginia Housing Commission Working Group on Continuing Care Retirement Communities, RESIDENT RIGHTS AND RESPONSIBILITIES IN VIRGINIA’S CONTINUING CARE RETIREMENT COMMUNITIES: Building Trust and Stronger Communities, Written Testimony by Katherine C. Pearson, Professor of Law, The Pennsylvania State University, The Dickinson School of Law.

ABSTRACT: At the invitation of Virginia Senator George Barker, Professor Pearson testified before the Commonwealth of Virginia, Division of Legislative Service, Virginia Housing Commission for a working group on continuing care retirement communities (CCRCs). In her oral and written testimony, she identified seven core concerns of CCRC residents about financial transparency and governance, including the right to affordable stability in their communities and the right to voting membership on boards of governance. The author presented precedent for voting membership and responded to concerns raised by facilities for "conflict of interest." Her testimony in the Commonwealth in November 2012 builds upon earlier testimony she provided before the Senate Select Committee on Aging in July 2010.


Here is a particularly interesting part of the analysis (Testimony pp. 11-12):

Does it work to have residents as voting members of governing boards? In April 2011, I met with more than 150 CCRC residents and state officials at a state-wide residents’ organization in New Jersey. I heard from residents who spoke positively about their experiences on governing boards. Voting membership on boards appears to contribute to a sense of shared responsibility by all members of the board. One community voluntarily increased the number of residents who were voting members on their boards; the owner’s appreciation for resident input increased over time.

Having multiple resident-members on a board also permits staggered terms, which facilitates professionalism and continuity of knowledge and participation. However, the presence of residents on a board does not eliminate the importance of regular board communication with the larger community of residents. The state resident organization in New Jersey -- with the catchy acronym of ORANJ -- conducted a transparency study in late 2010. By then, twenty of twenty-two CCRCs had elected residents to sit on their boards. Review of the study suggested that residents felt financial transparency – and therefore trust -- was facilitated by active involvement of residents on the governing board, but also by frequent meetings between board members and the larger population of residents.24


Individuals experienced in the management of CCRCs have also expressed understanding of the importance of resident participation in governance. In September 2012, Rick Exline, Executive Vice President of Life Care Services, noted that with the economic pressures on CCRCs, residents are more interested in financial decisions. He said, “Some states require residents to be on the board. You have to be careful about a conflict of interest, but I think it can be done successfully.”25


In reviewing submissions made to previous meetings of this Working Group, I noticed a series of communications between residents and a non-profit CCRC, in which the provider denied the residents’ request for a seat on the governing board, citing potential conflicts of interest as a reason. I believe it is rare for disqualifying conflicts of interest to occur. Most of the time, the interests of any individual resident and the CCRC align exactly, as residents are committed to the long-term success of the entity. The role of the board as a whole is to use its best informed judgment to accomplish this goal.


As addressed by the Virginia Attorney General in an opinion letter written in 2000, each director of a nonprofit organization must discharge his or her duty by using “good faith judgment of best interests of the corporation.”26 On the question of conflict of interest for residents as voting members, the Attorney General concludes, “The mere fact that an individual is a resident of the CCRC is certainly no automatic compromise of his good faith judgment nor is his residency at the facility tantamount to a personal interest in a transaction.” Indeed, as suggested by the Pennsylvania experience recounted above, residents may understand the concept of conflict of interest as well as or even better than general members of boards.

21 Md. Code Ann., Hum. Serv. § 10-427(a)(2).
22 Md. Code Ann., Hum. Serv. § 10-427(b)(1)(regarding providers without a governing body). This alternative in Maryland’s law, recognizing the possibility the CCRC may not be organized as a separate corporation with a traditional board of directors or trustees, reduces the likelihood of a problem that occurred in one New Jersey CCRC, where the direct provider was a church, the church was not separately incorporated, and the church objected on First Amendment grounds (“freedom of association”) to a statutory role in church governance for someone who was not a member of the church. Wiley Mission v. New Jersey, 2011 WL 3841437 (D.N.J. 2011) (unreported trial court opinion, granting declaratory judgment to church, citing state constitutional grounds).
23 Or. Rev. Stat. § 101.112(7). In the District of Columbia, the law requires the resident’s board member to be elected by “vote of the residents of the facility.” D.C. Stat. § 44-151.10(d). In New Jersey, the law provides that resident members are “nominated” by the residents and “selected” by the board of directors or other governing body. N.J. Stat. Ann. § 52:27D-345(e).
24 ORANJ Residents’ Transparency Study, November 20, 2010, available at http://oranjccrc.org.
25 Alyssa Gerace, “On the Record: Rick Exline, Executive Vice President of Life Care Services,” Senior Housing News. September 30, 2012 (available at http://seniorhousingnews.com).
26Attorney General Opinion, dated September 25, 2000, addressed to members of the Virginia legislature, available at 2000 WL 1545003, citing Virginia’s laws on nonprofit corporations at Va. Code Ann. § 13.1-870 (General standards of conduct for directors)