Surya Deva on India's Temptations to Follow the Chinese Path 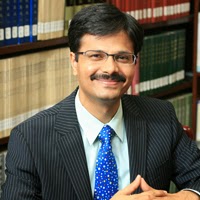 His latest research focuses in part on the similarities and differences between China and India.  See Surya Deva (ed.), Socio-Economic Rights in Emerging Free Markets: Comparative Insights from India and China (London: Routledge) (forthcoming 2014).  It is in that context that Professor Deva recently published an essay focusing on the pitfalls of any temptation for Inida to follow China's path to economic development.  Surya Deva,  Despite its democratic DNA, will India be lured by China's economic model?, South China Morning Post, May 11, 2015.  The essay and some comments, appear below.

Surya Deva,  Despite its democratic DNA, will India be lured by China's economic model?, South China Morning Post, May 11, 2015.

During Indian Prime Minister Narendra Modi's visit to China this week, the Sino-Indian border dispute, trade imbalance and general cooperation between the two Asian giants should be high on the discussion agenda.

Apart from these items, Modi is likely to keep an eye on a few other things. For one, he may monitor the comments that he gets on his new Weibo account from his "Chinese friends". But more importantly, he might try to unlock one puzzle during his first visit to China as prime minister: why has China achieved much faster economic development in recent decades, despite India ticking almost all the boxes on the Western model of development: democracy, human rights, the rule of law, an independent judiciary and a free media?

Compared with China's per capita gross domestic product of more than US$6,800, India's per capita GDP hovers around US$1,500. In fact, China beats India in almost all economic development indicators.

China ranks 91st on the UN Development Programme Human Development Index, compared to India's 135th. Life expectancy at birth is 75.3 years in China, while it is 66.4 in India; 32.7 per cent of the Indian population lives below the US$1.25 per day poverty line, compared with 11.8 per cent of Chinese. The adult literacy is 95.1 per cent in China, while it is 62.8 per cent in India. Gender inequality and violence against women are also higher in India.

Corruption may be one surprising exception, despite President Xi Jinping's anti-graft drive. According to Transparency International's 2014 Corruption Perception Index of 175 countries, India ranks 85th, compared with China at 100. Press freedom may be another consolation for India. In the 2015 Reporters Without Borders's World Press Freedom Index of 180 countries, China occupies 176th position, while India ranks 136th.

What explains these differences in the development trajectory of China and India? Several factors have contributed to India's slower economic growth and the realisation of socio-economic rights in comparison to China. First, the policy coherence not only among the three branches of government but also during the leadership transition is much better in an authoritarian regime like China. On the other hand, decisions are slowed or reversed because of party politics and the separation of powers among the three government branches.

Second, compared with China, India has lacked the presence of strong leaders with long-term vision. The era of coalition politics in India since the early 1990s has also contributed to policy paralysis. China need not deal with any of these speed-breakers.

Third, providing space for dissent and disagreements in a democracy like India has certain economic costs. However, as China's model of development combines economic freedoms with tight government control in the political and legal arenas, it reduces, if not totally avoids, the cost of tolerating dissent.

Fourth, unlike China, there is a cocktail of corruption and the rule of law in India. Thus, whereas corruption may bring certainty and efficiency in China, it is not uncommon in India for the independent courts to invalidate government contracts and concessions obtained through bribery.

What lessons could we learn from this "dragon versus elephant" juxtaposition of development? Should developing countries embrace China's model of development over its traditional Western counterpart? Is democracy not that efficient a path to economic development?

Despite the obvious temptations to adopt China's model, other developing countries need not blindly follow it. Their decisions may depend on the short- and long-term externalities of adopting such a model.

For example, the cost of environmental pollution or of controlling the population through the "one-child" policy would have to be kept in mind. One should also remember that China's model is very much a work in progress. The Chinese government is embracing several so-called "Western values" - from the rule of law to judicial independence, public interest litigation, and crafting a role for civil society - in a selective manner and at a slow speed. So, what we may see in due course is the evolution of a range of hybrid approaches to development suitable for the local conditions.

What the Modi government does in India in the next three to four years should be a good case study to follow. While responding to a specific question during his recent Time interview, Modi said that "democracy ... is in our DNA" and that "[i]f anything is required to take India forward, it is an innate belief in democracy and democratic values".

However, amid the Modi government's crackdown on NGOs last month, the world will be keeping a close eye on whether his government follows this mantra in practice or gets tempted by the success of China's model of development.

Professor Deva does a marvelous job of succinctly painting one of the most pressing contradictions among developing states--a contradiction first made manifest in the 1970s when the global community split between groups of states whose organization and political cultures were grounded on the fundamental premise that the realization of social, economic and cultural rights was a necessary prerequisite for the realization of political and civil rights, and those states which took the opposite view--that social, cultural and economic rights could only be realized after the attainment of a high level of civil and political rights. The former understood political and civil rights as empty as the stomach's of those on which these were vested; the latter understood economic, social and cultural rights as corrupt in the absence of robust and autonomous mass action. Professor Deva notes that both approaches exact a great price.  And it is not clear that either can serve its purpose.  India demonstrates that civil and political rights can be as well managed as the management of mass democracy to subvert its purposes.  China has evidenced the dangers of a singular focus on economic, social and cultural rights  without providing a vigorous path toward democratization if only within the vanguard party. In the end, what Professor Surya suggests as a choice for India (or for that matter for China) is no choice at all. It is in the notion that choice is possible, and separation inevitable, tthat the danger lies for moist political societies.
Posted by Larry Catá Backer at 5/12/2015 02:09:00 PM