Daniel Augenstein on "Free Trade, Football and Beer: What’s in for Human Rights?" 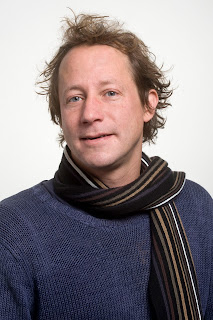 My friend and colleague Daniel Augenstein is Associate Professor in the Department of European and International Public Law at Tilburg University. He presently works as a Senior Humboldt Research Fellow at the Wissenschaftszentrum Berlin on a monograph on business and human rights. Contact: D.H.Augenstein@uvt.nl.

Professor Augenstein has been at the forefront of intellectual movements in law and society for a number of years. His research focuses on human rights in their national-constitutional, trans-national and international contexts. It inquires the potential and limitations of effective human rights protection in a globalised world where different domestic, European and international human rights regimes become increasingly interconnected. His writings are always worth reading carefully.

He has recently produced a fascinating essay for Law at the End of the Day: "Free Trade, Football and Beer: What’s in for Human Rights?" It appears below.

The modern human rights tradition as it evolved in the West after the 18th century revolutions in France and the United States has tied their legal protection to the democratic constitutional state. From the American and French Declarations of the ‘Rights of Man’ to the Universal Declaration of Human Rights (UDHR), human rights have been treated as an integral part of the ‘social contract’ between the state and its citizens. At the domestic-constitutional level, human rights law structures the relationship between rulers and ruled (the government and the people) by imposing obligations on the state’s public authorities for the benefit of private individuals located on the state’s territory. This is mirrored at the international level where states legally oblige each other to respect, protect and fulfill the human rights of private individuals located on their own territory in relation to acts of their own public authorities. However, the normativity of human rights is not exhausted by their institutionalization in the state legal order but at the same time subjects this order to conditions of moral and political legitimacy. In this vein, the Preamble of the UDHR makes the ‘recognition of the inherent dignity and of the equal and inalienable rights of all members of the human family’ the ‘foundation of freedom, justice and peace in the world’. Moreover, human rights not only avouch ‘liberal’ rights of defense against the state but also ‘republican’ rights to political participation in the definition of the public good. This explains, from a political perspective, the modern enclosure of universal human rights in the institutional form of the democratic constitutional state. 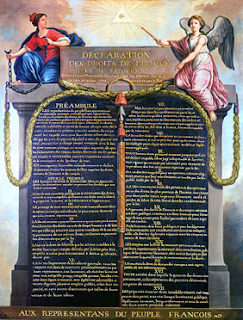 The challenges to international human rights protection that arise from the tension between a state-centered approach to law and politics and patterns of global economic cooperation and competition are by now well-known and documented. These challenges manifest themselves in the significant (negative as well as positive) human rights impacts of private actors – most prominently so-called ‘multi-national’ or ‘trans-national’ corporations – that are traditionally not directly bound by states’ constitutional and public international law. Moreover, economic globalization entails that the causes of human rights violations are increasingly found in the ‘trans-national’ realm, that is, beyond the territorial sovereignty of any particular state. It may thus appear that the legal confinement of human rights to the public and territorial state is less and less capable of effectively responding to global problems (such as the closely related issues of climate change, poverty alleviation, and migration). At the same time, there is the sometimes diffuse but not unjustified impression that decisions which affect fundamental interests of the citizen are increasingly taken outside the democratic fore of the constitutional state – be it in the headquarters of ‘multi-national’ corporations or the committees of international governmental and non-governmental organizations. Two examples:

(1) In many Member States of the European Union, citizens currently demonstrate against the Free Trade Agreements (FTAs) TTIP (EU-US) and CETA (EU-Canada), among others because they are concerned that the subjection of investment disputes to international arbitration may undermine the state-based protection of human rights. International arbitration enables private investors to sue states directly for alleged violations of the FTA’s investment guarantees. Such investment guarantees can curtail the state’s political room for maneuver, including for the protection of human rights and the environment (an issue that the TTIP negotiators intend to address in a separate sustainability chapter). Moreover, the purpose and organization of the arbitration tribunals may well raise concerns that they will primarily serve the economic interests of private foreign investors on both sides of the Atlantic. Nevertheless, the suddenness of the political protest is somewhat surprising, given that Europe looks back on a long tradition of using FTAs to protect the interests of its own corporations, particularly in relation to ‘developing’ countries. Equally surprising is the reaction of the Commissioner of the European Union responsible for the trade negotiations, who publicly denounced any direct political accountability to Europe’s electorates: ‘I do not take my mandate from the European people’. From both perspectives one may wonder whether it is still plausible or justified to put the democratic constitutional state center-stage in the international protection of human rights.

Meanwhile, angry consumers in the Western world force ‘multi-national’ corporations into a legally binding agreement with trade unions concerning the protection of human and labor rights in Bangladesh, which also includes a provision for international arbitration. The history of the ‘Rana Plaza’ Accord on Fire and Building Safety in Bangladesh tells a different story of the tension between economic globalization and the state-centered protection of human rights. Still in March 2010, the Bangladesh Garment Manufacturers and Exporters Association (BGMEA) – one of the largest employers’ organizations in the local textile industry – had warned international buyers that their attempt to ‘privately’ introduce a subsistence wage was not only imprudent and undesirable but also in violation of domestic law. Part of the problem is the global competition for cheap clothing (a number of international corporations already buy their garments in lower-wage low-wage countries) and a corresponding intermeshing of the economic interests of local producers and public authorities, sometimes in personal union. It took the collapse of an eight-storyed factory hall and the death of more than 1000 workers near the capital Dhaka in April 2013 for the inhuman working conditions in Bangladesh’s garment industry to come under the scrutiny of international public opinion. After years of failure on the part of the People’s Republic of Bangladesh and the international state community to ensure the protection of human and labor rights, a solution that secures these rights through a ‘private’ legal agreement between global corporations and trade unions may yet prove a more promising approach. 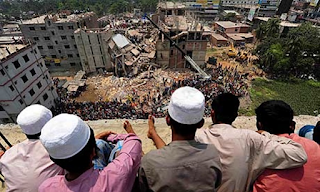