New Paper Posted: "Are Supply Chains Transnational Legal Orders?: What We Can Learn from the Rana Plaza Factory Building Collapse" 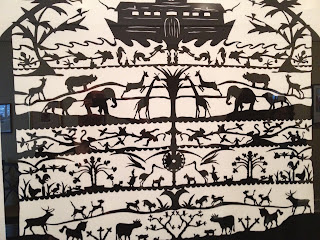 
The collapse of the Rana Plaza factory building in in 2013 exposed not just the structural weakness of the factory building, but also the structural weaknesses of traditional ways of understanding and invoking regulatory authority. But how? The collapse, and its consequences, then, might be understood as uncovering the complex interweaving of national law, international standards and private governance standards that together might be understood as a transnational legal order that affects on business behavior, and state regulatory activity both within and beyond its borders. Or it might be understood as a reflection of patterns of rough consensus around the logic of the societal systems in which even states now operate. Or might be understood to serve as a disciplinary and socialization technique, a means of managing and gap filling among communities of states?

I have prepared an essay--Are Supply Chains Transnational Legal Orders?: What We Can Learn from the Rana Plaza Factory Building Collapse--uses the circumstances of the Rana Plaza factory building collapse and its aftermath as the starting point for an examination of possibilities of generalizing theory from circumstances. The object is to use deep case analysis to consider a fundamentalist question--are supply chains now a transnational legal or governance order?

Are Supply Chains Transnational Legal Orders?: What We Can Learn from the Rana Plaza Factory Building Collapse
Larry Catá Backer

Abstract:  In 2013, over a thousand workers were killed when the Rana Plaza factory building collapsed in Bangladesh, one housing several garment factories producing goods for global consumer markets. The collapse, and its consequences, exposed both the complex interweaving of national law, international standards and private governance standards that together might be understood as a transnational legal order that has some effects on business behavior. This essay engages in a close examination of the Rana Plaza factory building collapse and its aftermath as the starting point for theorizing systemicity in the emerging interlocking systems of national, private and international governance orders. At one level the governance architectures around the Rana Plaza building collapse suggests bits and pieces of governance and lawmaking that may point to the development of distinct governance orders that bump into each other serendipitously. Yet it is also possible to theorize systemicity, that the supply chain itself now serves as a transnational legal order. The essay considers the way that Rana Plaza might evidence a robust transnational legal order. That transnational order has a normative structure, operationalizes a legal process, and structures a framework within which international organizations, and state and non-state private actors strive toward building functional coherence within formally polycentric governance orders. Alternatively, Rana Plaza might suggest polycentric governance ordering or the new face of old hierarchical relations between developed and developing states. Rana Plaza may thus suggest the supply chain as a transnational governance order, or as a structure within which governance orders converge. The essay concludes that the reality of the context in which governance arises may continue to defy a single robust theorization. Theories may be chasing facts, but the complexity of the legal ordering reflected in the arc of the story of the Rana Plaza factory building collapse also suggest that facts may soon turn on and reshape theory.