International Conference: Rules for the Market and Market for Rules. Corporate Law and the Role of the Legislature ; 13-14 Nov. 2015 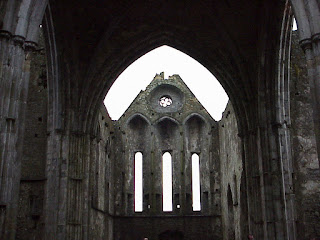 I am happy to report on the International Conference--Rules for the Market and Market for Rules: Corporate Law and the Rule of the Legislature, which was held 13-14 November, 2015.  It celebrated the 60th Anniversary of the Rivista delle Societa. My congratulations to my colleague Marco Ventoruzzo on his participation in this great event. It marks an interesting engagement with global forces that will substantially alter the way in which we think about economic enterprises within transnational production chains beyond the power of either enterprises or states to manage (e.g., here, and here).

INTERNATIONAL CONFERENCE Rules for the Market and Market for Rules. Corporate Law and the Role of the Legislature NOVEMBER 13-14, 2015 Fondazione Giorgio Cini Island of San Giorgio, Venice, Italy


The Conference for the sixtieth anniversary of the Rivista in 2015 focuses on two apparently distinct but related aspects of corporate law, and how they have evolved in the last few years.

On the one hand, we refer to the recent increase of contractual freedom and flexibility in corporate law in several jurisdictions, both in Europe and in the U.S., and the corresponding reduction of the role and scope of mandatory provisions vis-à-vis eligible ones. Examples of this trend, under Italian law but also in other systems, are the introduction of less rigid rules on legal capital and classes of shares, the elimination of limits concerning the issuance of bonds and debentures, the possibility to choose among different governance models, and optional rules on takeovers. This trend has affected not only substantive rules, but also procedural ones, for example with respect to the availability of arbitration to resolve internal corporate disputes. Of course, the increased flexibility has been partially compensated with the adoption of new mandatory protections of minority shareholders, investors and creditors, for example through a reform of appraisal rights, new rules on derivative actions or on equitable subordination of shareholders’ loans, and specific liabilities of the controlling corporation in case of abuse of its con- trolling power. At this historical juncture, however, the direction, especially in Europe, is toward a greater reliance on private ordering.

The second aspect, which concerns primarily listed corporations and financial institutions, is the tendency of the legislature to attribute an increasingly relevant role to regulatory and enforcement powers of supervisory agencies (consider, in some jurisdictions, the regulation of transactions with related parties, rules concerning the composition of the board of directors, banks’ capital requirements or rules of conduct of intermediaries). The increased regulatory and enforcement powers of supervisory agencies might shift the balance away from private ordering.

These two partially conflicting trends are driven by different factors. Flexibility is partially the consequence of increased regulatory competition among jurisdictions: the “genius” of U.S. corporate law, especially starting in the late 1990s due to the jurisprudence of the European Court of Justice, has affected also Eu- rope, even if of course in different and peculiar ways. Grater economic integration, the reduction of business barriers and a more intense cross-border legal dialogue have also facilitated the circulation of models and rules. Broader regulatory and enforcement powers attributed to independent agencies, on the other hand, are a response to the greater complexity of financial markets regulation, also considering the international dimension of finance, and in some cases also a response to the financial crisis or corporate scandals.

This evolution has lights and shadows, costs and benefits, and its evaluation should probably be nuanced and mixed. The above-mentioned trends, however, appear to be two of the most relevant features of the development of corporate law systems in the last few years, and allow framing the analysis of specific rules in a coherent theoretical perspective. The point of view adopted, in addition, emphasizes not only substantive rules, but also a public choice view on how these rules are adopted and amended. Last but not least, pursuant to an established tradition of the Rivista, the very transnational dimension of the phenomena considered requires a comparative and international approach.

The languages of the conference will be English and Italian. A simultaneous translation service, English-to- Italian and Italian-to-English, will be offered through- out the Conference.

Marco S. Spolidoro, The Partial Liberalization of the Legal Capital and Contributions Regimes

Lorenzo Stanghellini, Bonds and Debentures: Flexibility in the Design of the Financial Structure of the Corporation

Chairperson Pietro Abbadessa
Luigi A. Bianchi, The Evolution of the Powers of the Italian

Luisa Torchia, An Administrative Law Perspective on the Powers of the Regulatory Agencies

Federico Ghezzi, The Composition of the Board of Directors Mario Stella Richter jr, The Governance Structure of Listed

Angelo Provasoli, The Duty of the Supervisory Board to Report Violations of the Applicable Rules to the Consob

Alberto Alessandri, The Sanctioning Power of the Consob in the Area of Market Abuses

Giuseppe B. Portale, The New Governance of Banks ***