The Problem With Quantitative Analysis is Fundamental Incomparability--Fernandez, et al. on "Huge Dispersion of the Risk-Free Rate and Market Risk Premium Used by Analysts in 2015" 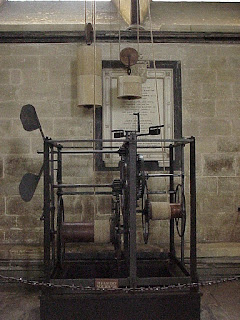 As policy within the economic and political spheres becomes more "evidence based" it is useful to remember that while a number may serve as a proxy for something approaching an absolute value, the meaning of that number (or combinations of numbers--data) is a far less certain exercise.  Both the generation of data and its analysis remain highly problematic exercises, in which subjective intent, and the possibility of manipulation, are in tension with the psychology of data as representing something absolute.  Thus the value of data is that is provides robust evidence of something, but the danger of data is its deployment for the proof that something exists.  One can always find data to prove that something "is so."  Decisions about the choice of data, and the premises that are used to transform raw data into conclusions about the "things" data represents or evidences, are all to temptingly subjective affairs.  (See, e.g., here).


In a  recent essay, Fernandez, Pablo and Ortiz Pizarro, Alberto and Fernández Acín, Isabel, Huge Dispersion of the Risk-Free Rate and Market Risk Premium Used by Analysts in 2015 (October 31, 2015) the authors describe a related and difficult issue--the problem of comparison across data sets.  This problem both illustrates the way that assumptions can substantially alter conclusions about the meaning of data, but also suggest that comparisons of data may become impossible where underlying assumptions differ. More importantly, these sometimes large differences in underlying assumptions that color the "meaning" of data, can have enormous effects on the solidity of the evidence necessary to support evidence based policy, especially in the context of macro-economic planning.


Abstract:
We look at the Risk-Free Rate (RF) and the Market Risk Premium (MRP) used by analysts in 2015 to value companies of six countries.

The dispersion of both, the RF and the MRP used, is huge, and the most unexpected result is that the dispersion is higher for the RF than for the MRP.

Most of the analysts use a RF higher than the yield of the 10-year Government bonds. A reason for it and for the huge dispersion may be the activity of the European Central Bank (ECB). The risk-free rate is the required return to Government bonds when nobody (not even the ECB) manipulates the market. A question arises: May we consider the Quantitative Easing (QE) implemented by the ECB in 2014 and 2015 “market abuse”, “market manipulation”, a way of “altering competitive markets”…?