Just Published: "The Military, Ideological Frameworks and Familial Marxism: A Comment on Jung-Chul Lee, “A Lesson From Cuba’s Party-Military Relations and a Tale of “Two Front Lines” in North Korea," 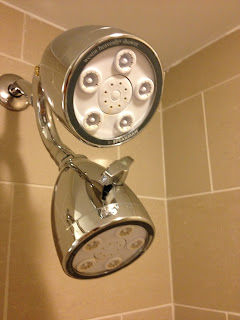 I am happy to report the publication of my review essay, "The Military, Ideological Frameworks, and Familial Marxism: A Comment on Jung-Chul Lee, “A Lesson From Cuba’s Party-Military Relations and a Tale of “Two Front Lines” in North Korea," which appears in the Papers and Proceedings of the Twenty-fifth Annual Meeting of the Association for the Study of the Cuban Economy (ASCE) 25:165-171 (2015) (ISBN 978-0-9831360-5-7).

THE MILITARY, IDEOLOGICAL FRAMEWORKS, AND FAMILIAL
MARXISM: A COMMENT ON JUNG-CHUL LEE, “A LESSON
FROM CUBA’S PARTY-MILITARY RELATIONS AND A TALE OF
‘TWO FRONTS LINE’ IN NORTH KOREA”
Larry Catá Backer


For the last 25 years, the Association for the Study of the Cuban Economy (ASCE) has sought to embed analysis of the special case of Cuba within the main-stream of discussion of law, economics, politics, and culture. That process has sometimes found resistance in the long cultivated notion that the Cuban situation was sui generis, a porridge composed of equal parts colonialism, cultural hegemony, geography, race and religion, cooked in a pot created by the Cold War of the last century and stirred by the fairly large ladle that is the product of an ideology of developing states. Yet that sui generis is more a product of the romanticism of Europe and North America than any reality, combining large dollops of Caribbean exoticism, Gnosticism in political conflicts, and the exportation of ideological battles between the European and North American left and right.


This becomes clearer when strangers to this odd cultural construction of “Cuba in the World” begin to examine the situation of Cuba. This is quite apparent in the excellent papers sponsored by the Korea Institute for National Unification (KINU). These papers suggest a better picture of Cuba within larger streams of economic, cultural, political and social evolution that are touching, in distinct ways, virtually every country of this planet within (or without) the strong currents of globalization.  While much of the interest in this area tends to center on the contests between politics and economics in the context of what most in the West view as a necessary transition to something else (usually democratic in character and market-based in operation), few consider the issue from the institutional character of change that focuses on civil-military relations. For developing states, these institutions relations are sometimes critical for determining the pace and scope of transition, as well as its direction. Consider in this respect recent changes in Egypt and Turkey, two states with traditionally strong militaries that have moved in very different directions in the last 10 years. Even less often considered, except by specialist institutions, are civil military relations in Marxist-Leninist developing states.


It is this issue that is taken up by Jung-chul Lee of Soogsil University in Korea in the excellent paper, “A Lesson from Cuba’s Party-Military Relations and a Tale of ‘Two Fronts Line’ in North Korea.” Professor Lee’s argument is intriguing and straightforward. Professor Lee argues that the Cuban military, the Fuerzas Armadas Revolucionarias (FAR) has embraced the model of the Chinese People’s Liberation Army (PLA) since the start of the Deng Xiaoping leadership. Its institutionalization, hrough the Union of Military Industries (UIM), has created a cadre of western business school trained cadres that now operate a powerful conglomerate that meets both military and civilian needs and serves as a site for foreign inbound investment. Military governance is anchored in economic institutions and the military is autonomous of the Cuban Communist Party (CCP). This presents a singular variation on a form of evolving Marxist-Leninist economic organization. It is one that has been rejected by the North Koreans, who have adopted a “Two Fronts Line” Policy. In this model, the military and Korean Communist Party (KCP) have divided control on functional lines (KCP over economic development and the Korean military over weapons of mass destruction (WMD) capacity). Both KCP and the military share production spaces as coordinate units of production and the KCP controls the military, through control of the joint political principles under which both operate. Effectively the Chinese PLA and FAR have been developed loosely in parallel, but the CCP does not have effective control of the FAR, who remains an embedded actor within and outside the structures of the CCP and the state apparatus. In contrast, the military and the KCP have effectively divided the economy, diverting productive forces either to national defense and weapons policies or to domestic needs through a system in which both military and KCP adhere to the same ideological lines under a hereditary leadership. Cuba appears headed toward a form of Praetorian Marxism and North Korea toward Monarchical Marxism. My comments are directed to those ideas.