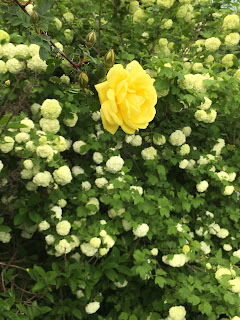 One ought not to read this in isolation.  The problem of environmental rights defenders is only a part of a larger problem.  That larger problem centers around the internationalization of communities organized around economic, environmental, societal, cultural, political and economic norms that may not be compatible with the ruling ideologies of states or with the interests of ruling cliques within states that are ostensibly organized along Western democratic lines.  Conflict arises at the frontier where transnational societies meet national institutions and aims.  More profoundly, though, the organization of transnationally functioning and self referencing autonomous civil society, operating within states, represents a projection of power from outside to within states.  It effectively changes the dynamic of politics.  And it does so in two ways.  The first is by internationalizing political discourse so that the possibility of national debates among a national polity are no longer entirely possible. That produces a loss of political control within a state as the normative values of a political community may be formed from factors  outside the state and national culture (e.g., here and here).  The second, is by using internationalization instrumentally buy states as a means of projecting national power inward into rival states to advance national interest. Thus the two sided threat--from both national and international  interests which together threaten the integrity of a political model grounded on the self referencing and self contained political state (e.g., here).  Within this conflict zone, violence appears to have become commonplace.  But until new transnational parameters and new normative structures for situating national political within transnational conversations is established, this is a conflict that is likely to get more rather than less violent.  And that is a shame.  Both civil society and states will tend to lose in that war.

It is posted below.

“Being an environmentalist can be a dangerous, even deadly undertaking. Berta Cáceres, the Goldman Prize winner who was assassinated in Honduras in March 2016, was only one of dozens of environmentalists to be killed in recent months.

Every week, on average, two environmental and land rights activists are killed and the numbers are getting worse, according to civil society figures. The situation is particularly grave in Latin America and Southeast Asia, but it affects every region of the world. It is truly a global crisis.

On this World Environment Day, we want to underscore that environmental human rights defenders should be lauded as heroes for putting themselves at risk to protect the rights and well-being of others. Instead, they are often targeted as if they were enemies of the State.

The brave women and men who work to protect the environment are routinely harassed, threatened, unlawfully detained, and even murdered, merely for opposing powerful business and governmental interests bent on exploiting and destroying the natural environment on which we all depend.

The enjoyment of a vast range of human rights, including rights to life, health, food, water, and housing, depend on a healthy and sustainable environment. Those who work to protect the environment are not only environmentalists – they are also human rights defenders.

In March 2016, the Human Rights Council adopted a landmark Resolution (res 31/ 32) which requires States to ensure the rights and safety of human rights defenders working towards the realization of economic, social and cultural rights.

That was a good initial step, but Governments must do far more. They have obligations under human rights law to protect environmentalists’ rights of expression and association by responding rapidly and effectively to threats, promptly investigating acts of harassment and violence from all parties including business and non-State actors, protecting the lives of those at risk, and bringing those responsible to justice.

States must also adopt and implement mechanisms that allow defenders to communicate their grievances, claim responsibilities, and obtain effective redress for violations, without fear of intimidation.

They must take additional steps to safeguard the rights of members of marginalized and vulnerable communities, especially indigenous peoples, whose cultures, identities and livelihoods often depend on the environment and whose lives are particularly susceptible to environmental harm, placing them on the frontlines of conflict.

Currently, States are failing to meet these obligations. Of the nearly 1000 reported murders over the last decade, fewer than 10 have resulted in convictions. The real culprits are rarely held accountable for their crimes.

It is ironic that environmental rights defenders are often branded as ‘anti-development’, when by working to make development truly sustainable, they are actually more pro-development than the corporations and governments that oppose them.

The UN Human Rights Council appointed Mr. John H. Knox (USA) in 2012 to serve as Independent Expert, and reappointed him in 2015 as Special Rapporteur, on the issue of human rights obligations related to the enjoyment of a safe, clean, healthy and sustainable environment. The Council requested him, a professor of international law at Wake Forest University in the United States, to clarify the application of human rights norms to environmental protection, and to identify best practices in the use of human rights obligations in environmental policy-making. Learn more, visit:
http://www.ohchr.org/EN/Issues/Environment/SREnvironment/Pages/SRenvironmentIndex.aspx

NOTE TO EDITORS: Mr. Forst will present a report on the situation of environmental and land rights defenders to the UN General Assembly in October 2016.