Cuba Beyond the Cusp of Change (Day 3): Reflections on a Week Long Penn State Graduate Course in Cuba 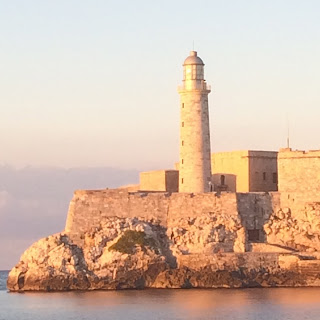 
It is my great privilege to have been encouraged to design and hold a week long embedded course program through Pennsylvania State University. My thanks to the office of the Penn State Office of the Vice Provost for Global Programs, Michael Adewumi and Kate Manni, Assistant Director for Embedded Programs, for making this possible.  Thanks as well to  Scott Gartner, the Director, Penn State School of International Affairs, and special thanks to Claudia Prieto (SIA Academic Adviser and Student Services Coordinator) and Rachel Arnold (Assistant to the Financial Officer, Penn State Law/SIA), without whose help and encouragement this program would not have happened. Great thanks as well to our hosts in Cuba, the Centro de Estudios Martianos that went out of its way to enrich the course and the experiences of our students.


This is the next of a series of posts that will develop reflections both on the teaching of embedded programs in Cuba, generally, but more specifically as a way of documenting the way my students and see see Cuba today.  For many years Cuba and its political order was said to be on the "cusp of change" (e.g., here).  Since the start of normalization of relations with the United States, it is quite evident that Cuba has now moved beyond the "cusp" and into the realities of integration within a global system to which it has had both privileged access and been excluded over the last half century.  The re-adjustments in both respects will mark the trajectory of Cuban life for the next generation (compare here, with here).

This post considers our activities on Day 3--Cuban Health Sectors, Cuban cemeteries, and Cuban Social Structures From a National and Regional Trade Perspective.