Chinese Constitutionalism: The References to Constitutions in the Reports of the Chinese Communist Party Congresses--A Preliminary Historical View 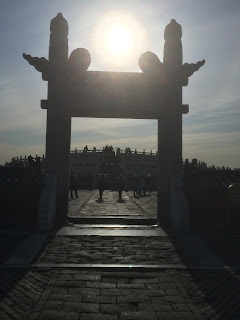 A question that emerged during the course of the recently concluded Round Table on the Implications of the 19th Chinese Communist Party Congress (here, here and here) the speakers raised a very interesting issue that might merit some further initial discussion. We wondered, collectively, about the extent and character of the evolution of CPC thinking, and the CPC Basic Line, with respect to Socialist Rule of Law and Socialist Constitutionalism. The question arose in the context of a discussion around the question of the extent wo which – the Work Report delivered by Xi Jinping and the resulting final Resolution of the 19th Congress reflected a downshifting of the importance of the state constitution and constitutionalism in general from the Basic Line of the CPC itself. As interesting was a follow up question around the effects of any such downshift on the relation between the state and the political constitutions of China.

It appeared worth considering whether principles of constitutionalism for the “New Era” may be extracted from the sum of Xi Jinping’s Report to the 19th Congress. To that end, I produced a preliminary report and assessment of Chinese Constitutionalism: The Emerging Idea and Practice of Constitutional Governance in the 19th CPC Congress Report.

For those who desire further study of the original sources, here's the links