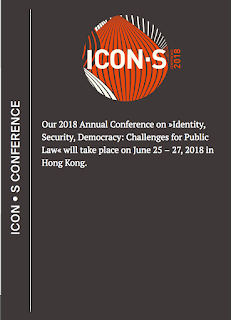 The Panel description follows, along with the abstracts (and some of the PowerPoints) of the presentations. The 2018 ICON-S Program may be accessed HERE.


Constitutional Rights and Corporate Actors. Constitutions and constitutional rights are predominantly designed to control the power and (non-)actions of state agencies within a given territory. Victims of corporate human rights abuses have very limited means – either in their home country or the country where the corporation in question is registered or, indeed, before an international forum – to seek access to effective remedies. Against this backdrop, this panel will explore the extent to which constitutional rights provisions should and could directly apply to corporate actors both when they do business at home and abroad. Drawing lessons from a number of jurisdictions such as India, Europe and US, the panel will try to identify whether horizontal application of constitutional rights can be regarded as a generally accepted norm of comparative constitutional law.