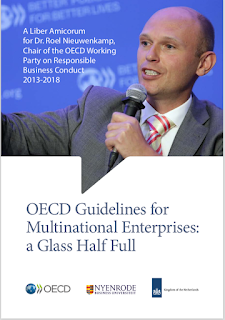 It gives me great pleasure to announce the publication of Just Published: OECD Guidelines for Multinational Enterprises: A Glass Half Full (Liber Amicorum for Dr. Roel Nieuwenkamp, Chair of the OECD Working Party on Responsible Business Conduct 2013-2018) (Paris: OECD, 2018).

This book is a gift to Roel Nieuwenkamp to pay tribute to his work on the OECD Guidelines for Multinational Enterprises. He has spent many years promoting responsible business conduct with governments, companies, non-governmental organisations and trade unions. Initially in his capacity as Director of Trade Policies at the Ministry of Economic Affairs in the Netherlands and, since 2013, as the Chair of the OECD Working Party on Responsible Business Conduct. Five years later, as he steps down from his role as Chair, this Liber Amicorum compiles testimonies from academics close to him engaged in efforts to promote responsible business conduct.

Many thanks to Herman Mulder and Martijn Scheltema for their excellent Synthesis of the many contributions and to Angel Gurría, Secretary-General of the OECD, and Marten van den Berg, Dutch Director-General Foreign Economic Relations and Minister of Foreign Affairs for excellent prefaces.
This Liber Amicorum has been coordinated by Herman Mulder, Martijn Scheltema, Sander van ‘t Foort and Constance Kwant, who also undertook the final editing, and who did a marvelous job putting this book together.

Some of the Front Matter follows (including Table of Contents) follows. The publication can be accessed (free of charge) HERE. 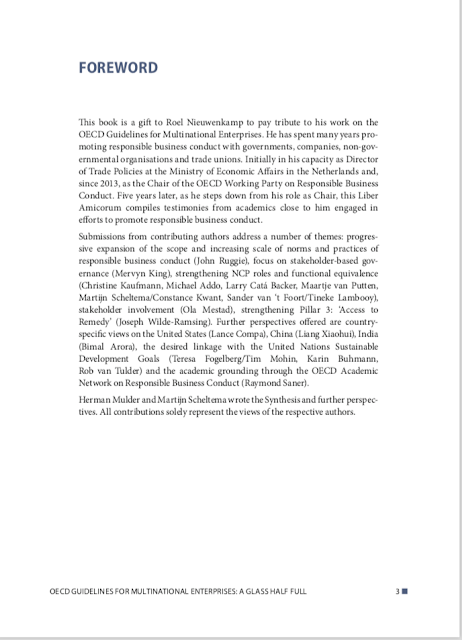 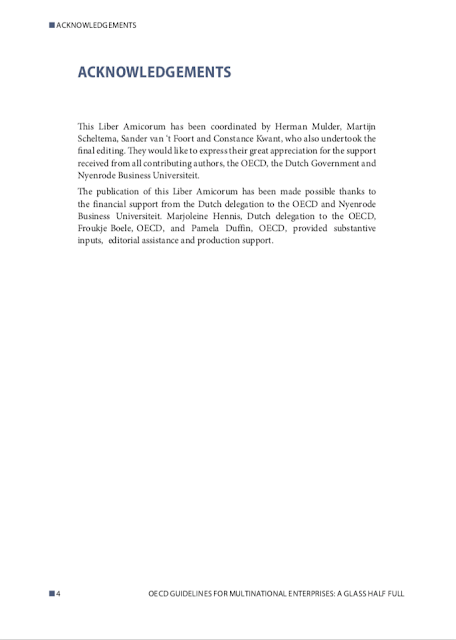 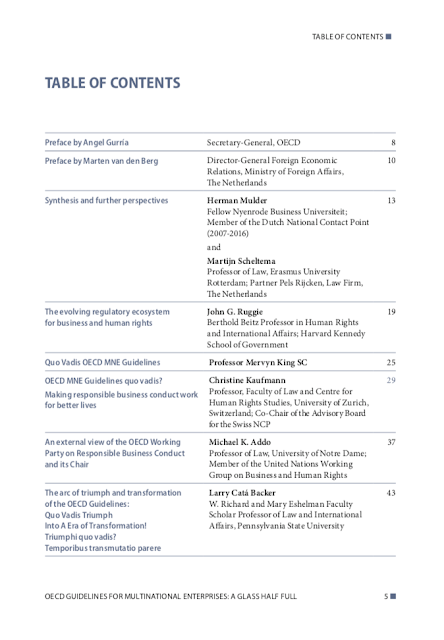 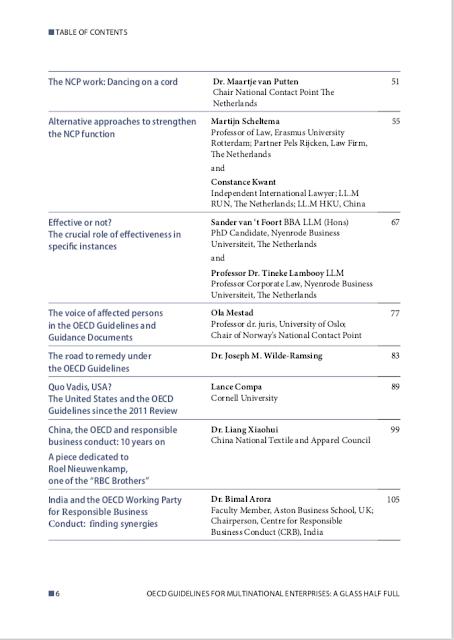 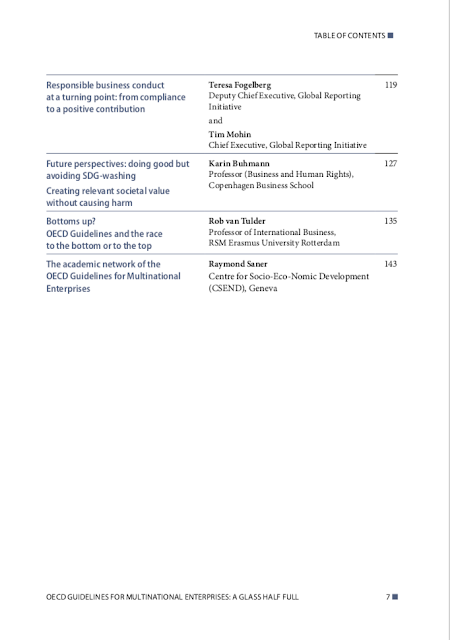 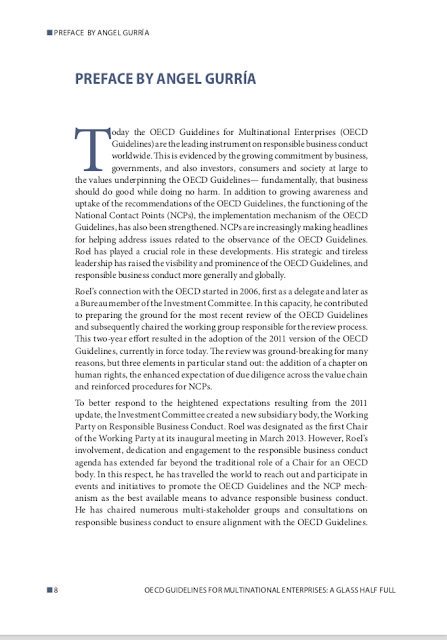 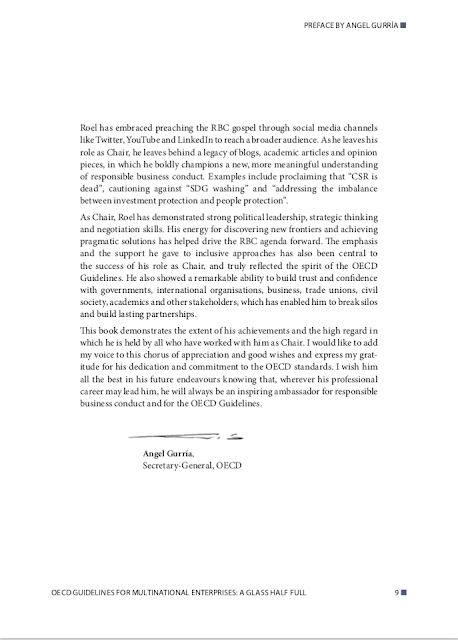 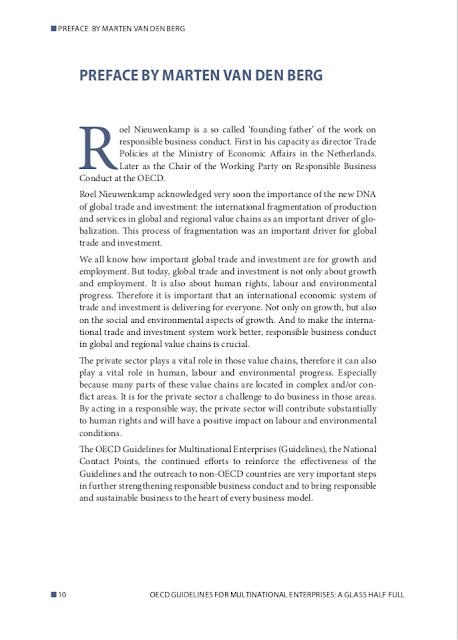 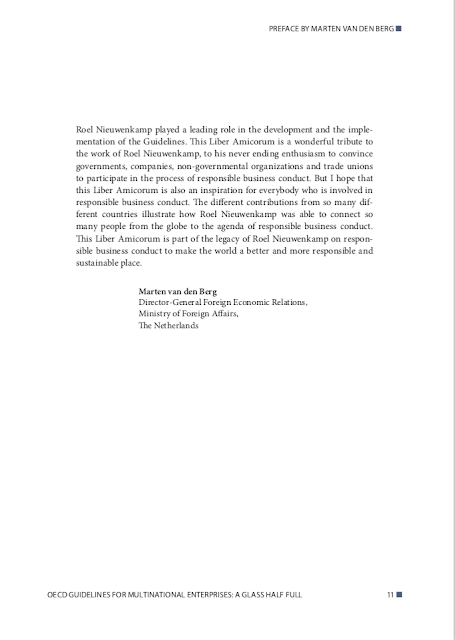