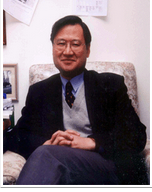 Very recently, Professor Xu Zhangrun (许章润) Professor of Jurisprudence and Constitutional Law at Tsinghua University, posted an essay, "Our current fears and expectations" (我们当下的恐惧与期待).   The essay appeared on the website of the Unirule Institute of Economics (天则经济研究所), an independent think tank in Beijing;(and below).  It was then translated into English by Geremie R. Barmé, Editor, China Heritage  on 1 August 2018 and posted to its website with an elegant and thoughtful introduction by the translator (Imminent Fears, Immediate Hopes — A Beijing Jeremiad).  The essay is important and worthy of reflection, even for those inclined to reject its claims, in whole or part.

Flora Sapio and I have  each written reflections on the many important ideas, and provocations, in Professor Xu's essay. Flora Sapio's reflection, 孙晓义评 许章润:我们当下的恐惧与期待/ Flora Sapio, Thoughts on Xu Zhangrun: Our current fears and expectations, appears here (and may also be accessed HERE).


My reflection,  白轲评 许章润:我们当下的恐惧与期待/ Larry Catá Backer, Thoughts on Xu Zhangrun: Our current fears and expectations appears below. Professor Xu's essay may be accessed at the end of each of our reflections.

The essay may be downloaded HERE.


Very recently, Professor Xu Zhangrun (许章润) Professor of Jurisprudence and Constitutional Law at Tsinghua University, posted an essay, "Our current fears and expectations" (我们当下的恐惧与期待).  The essay appeared on the website of the Unirule Institute of Economics (天则经济研究所), an independent think tank in Beijing (and below).  It was thereafter translated into English by Geremie R. Barmé, Editor, China Heritage  on 1 August 2018 and posted to its website with an elegant and thoughtful introduction by the translator (Imminent Fears, Immediate Hopes — A Beijing Jeremiad).

What has made that somewhat remarkable, for Western observers at least, was  the tone and objectives of the essay. One outlet noted "Xu spoke specifically of three problems afflicting the regime in China: Party nobility, special needs provisioning, and a new personality cult" (Chinese professor publishes scathing critique of Xi Jinping's administration, calls out president's personality cult). John Pomfret, a former Washington Post bureau chief in Beijing, is the author of The Beautiful Country and the Middle Kingdom: America and China, 1776 to the Present,” who on August 3, 2018, published a short  essay in the Washington Post worth reading. Entitled "Unease rattles China’s invincible facade," the essay sympathetically laid out the arguments made by Professor Xu, suggesting that it "captured the feelings of many Chinese people when he questioned whether China’s reforms and opening up policies “are being terminated and whether totalitarian rule will return.”(Ibid). That trajectory follows, it argued, from the systematic unraveling of the four basic parts of an implied social contract. "Xu’s essay has resonated deeply among China’s intellectual elite and has been widely shared on Chinese social media, despite attempts by China’s censors and Chinese largest search engine, Baidu, to erase mentions of his name." (Ibid). And that unraveling has been revealed, we are meant to understand, in the context of the intense trade negotiations  in which Chin and the United States are now embroiled.

And, indeed, it appears that Professor Xu's essay might be understood as important only in the shadow of trade. More interesting, perhaps, is that it might derive its internal power from what appears to be China's never ending reflection in the mirror held up to (or for) it reflecting the United States.  Not Europe or Latin America, or even other Asian state (objects and subordinate places it might be understood). . . but the United States itself (the equal, the competitor, the rival, the objective).   This is an irony that runs from this essay to the triumphalism in Chinese policy that it was in part meant to attack.

To that end, both Chinese and Westerners might seize this essay (and what might usefully be extracted from it) for their own ends, of course.  In this case those ends include trade and U.S. relations, with respect to which criticisms could be blown up to take on the character  of an assault on the core political system of the state itself, rather than on the unfortunate and erroneous choices made by current leaders in the application of that system toward policy ends. To the extent, then, that Professor Xu's essay proves useful (and utility is built into the fabric of Western academic and political ideology) then it may be referenced for that purpose; but not necessarily read.  Perversely, certain elements of home state authorities also have acquired this habitat if the West; sometimes condemning an essay (and its author) for its purported optics, rather than engaging in its content. That is a pity as well.

It is useful to style the essay a "Jeremiad," a prolonged lamentation or complaint. Perhaps it is also usefully characterized as a cri de coeur. Yet perhaps, reading the essay more carefully might reveal something other than its optics, than a performance piece meant mostly for its emotive and dramatic value.  That something might not focus on complaints or laments, but rather engage precisely in those actions demanded by the Chinese Communist Party itself in the exercise of leadership and in the fulfillment of its own obligations--regardless of the individuals who for short periods of time are vested with the grave responsibility of seeing this duty undertaken wisely. Taken as a whole, the essay evidences the evolving characteristics of a Chinese Constitutional Leninism with Marxist democratic characteristics.

The thoughts that follow, then, consider Professor Xu's reflections from the perspective of theory--of the core obligations of the Communist Party itself and the expression of that obligation in the actions of the state organs. These are based on the Barmé translation. The resulting insights, in turn, may prove useful not merely for Chinese constitutional theory, but for the operation of Western constitutional systems as well. It is to reflections along those lines that this essay is devoted.

Xu starts the essay with three fundamental points that then inform the essay as a whole and serve as its structural bones.

First, Xu starts with a curious invocation of the overtones of the mass line (群众路线). He does not put his own concerns at the center of the essay, but rather those of the people, and the people of all classes.

"Yet again people throughout China — including the entire bureaucratic class — are feeling a sense of uncertainty, a mounting anxiety in relation both to the direction the country is taking as well as in regard to their personal security." 包括整個官僚集團在內，當下全體國民對於國家發展方向和個人身家性命安危，再度深感迷惘，擔憂日甚，已然引發全民範圍一定程度的恐慌。(Xu, supra.).

The Constitution of the Chinese Communist Party makes this clear: "The biggest political advantage the Party has is its close ties with the people while the biggest potential danger it faces as a governing party is becoming distanced from them. Party conduct and the Party’s ties with the people are of paramount importance to the Party." The masses wish to speak, yet they are afraid to make their voices heard. They feel; they do not speak. They are worried, they are confused.  The implication, of course, is that they lack leadership, or that the leadership is failing in its fundamental obligation under the Basic Party Line. The initial and important implication is of a failure of the mass line, and by that failure, a failure of the leadership obligation at the core of vanguard legitimacy.

Second, Xu suggests a cause of the failure of leadership, and of the mass line. That cause is rooted in misdirection, or the loss of direction.  More fundamentally, it is caused by deviation from the principles on which a state (and specifically the Chinese state) is organized (立國之道).

This is primarily due to the fact that in recent years our National Orientation [立國之道], has betrayed the Basic Principles that I outline below. 蓋因近年來的立國之道，突破了下列底線原則，倒行逆施，(Xu, supra).

Note here the nature of the structuring proposition.  It is one grounded in the failure of leadership; it is not grounded in a  failure of principle. In a sense that brings what follows firmly within the Leninist tradition of leadership within the vanguard, rather than positioning the writer as outside the system itself.  If the first point invokes the mass line, this second point firmly invokes democratic centralism and intra-Party democracy ("The Party must fully encourage intraparty democracy, respect the principal position of its members, safeguard their democratic rights, and give play to the initiative and creativity of Party organizations at every level and all Party members" (Constitution of the Chinese Communist Party)).  The invocation democratic centralism in the 2nd point also suggests its corollary--the positive obligation of criticism-self criticism at the heart of the CPC working style to ensure that the collective remains at the center, even when guided by its "core."

Third, Xu points to those basic principles, those core principles that form the foundations of Chinese Marxist Leninist normative organization which have been breached.  In this way he draws a distinction between the principles, to which Xu declares firm allegiance, and the individuals whose actions, he will now argue, who have failed in their duty to those principles.

In my opinion, these Basic Principles should not be compromised, and under no circumstances should they be undermined. They are the principles central to the policies formulated by the Communist Party following the ‘Cultural Revolution’ and during the years that it slowly and painstakingly managed to regain a measure of political legitimacy. Throughout the three decades of the Open Door and Reform era, these Principles proved to be the most appropriate political approach; they reflected a minimum consensus arrived at by the entire populace on the basis of which the country could enjoy a form of peaceful co-existence. (Xu, supra).