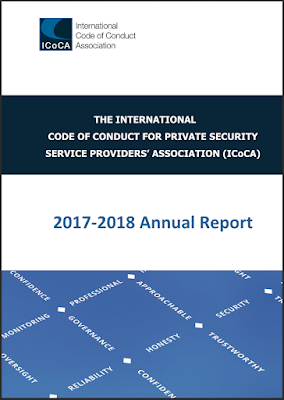 The International Code of Conduct Association (ICoCA) recently distributed its 2017-2018 Annual  Report. ICoCA has its objectives to promote, govern, and oversee the implementation of The International Code of Conduct for Private Security Service Providers, and to promote the responsible provision of private security services. ICoCA certifies Member Companies to the requirements of the Code (here). The ICoCA oversees compliance with the Code and provides tools and guidance (here). And the ICoCA receives and processes complaints on alleged violations of the Code (here).

The ICoCA Annual Report describes a number of undertakings accomplished this year.  Most of them deal with institutional efficiency and operation.  To my mind, the most significant involves the development of a multi-lateral non-state non- judicial mechanisms for its members ("In June 2018 we launched our first thematic guidance on developing and operating Company Grievance Mechanisms (ICoCA Code ¶¶ 66-68) to guide member companies as they implement and seek to comply with the Code’s requirements. In line with our diverse membership, the guide is available in English, French, Spanish and Mandarin." 2017-2018 Annual Report, supra, p. ii (transmittal letter)).  It is to be hoped that these efforts advance the objectives of the UN Office High Commissioner in its Accountability and Responsibility Project (ARP III), whose progress has been considered earlier (here).

This post includes the Annual Report's Cover Letter and the table of contents of the Annual Report, and links to the Grievance Mechanisms Manuel and Interpretive Guidance. Both will be the subject of a later analytical post The Report may be accessed HERE.


2018 marked the fifth anniversary of the establishment of the International Code of Conduct for Private Security Service Providers’ Association (ICoCA). This last year was an important milestone in the life of the Association, as we consolidated our operations and concluded our transition into full operational mode. This report covers the key activities of the Association from Oct 1, 2017 to Oct 31, 2018.

The Association has worked on a number of fronts over the last thirteen months to increase recognition of ICoCA from governments, industry, civil society and the clients of private security companies. Recognising the critical role governments play as regulators and clients of private security companies, as well as a bellwether for the industry at large, we strengthened relationships with the seven government members, maintaining their support and laying a solid foundation on which to grow our government membership. In line with our global mission, we have continued to diversify our industry membership base over the last twelve months. With companies operating in over 92 countries and headquartered in 34, the ICoCA membership has become truly international. We broadened our substantive engagement with different audiences and platforms, including a range of United Nations bodies, civil society organisations and industry associations. We also saw an increase in client buy-in and recognition during the period, with a growing number of organisations referencing ICoCA membership in their procurement policies, guidelines and tendering processes. Thanks to these efforts, the ICoCA is increasingly becoming recognised as the leading global initiative in ensuring the provision of responsible private security.

Throughout 2018 we strengthened our operational procedures and developed tools to help build the capacity of our members in complying with human rights and international humanitarian law. The Secretariat worked closely with Certification Bodies to streamline the certification process. 14 more companies achieved ICoCA certification over the last twelve months. Two more field based reviews were conducted during the period, one in Iraq and one in Ghana. These reviews, along with other field activities, for example in China and Costa Rica, solidified ICoCA’s presence on the ground and showed operational possibilities of the Association. As the number of field based reviews grows, the operational awareness and footprint of the Association are helping build its credibility in the private security arena globally.

In June 2018 we launched our first thematic guidance on developing and operating Company Grievance Mechanisms to guide member companies as they implement and seek to comply with the Code’s requirements. In line with our diverse membership, the guide is available in English, French, Spanish and Mandarin. We have been developing a set of Guidelines on protection from sexual exploitation and abuse. Once finalised these will also be made publically available on the ICoCA website. In line with the UN Guiding Principles on Business and Human Rights, during the past year the Association has focused on ensuring access to remedy and in this spirit, our own grievance mechanism is now freely available online in English, French, Spanish and Arabic.

Finally, as we mark our five year anniversary, we are engaging with members and other stakeholders for guidance on the strategic orientation of the Association, laying the groundwork for a five-year Strategic Plan for 2019-2023. We look forward to working with you all in the months and year ahead as we finalise this Plan to realise ICoCA’s mission of promoting the provision of responsible private security and implementation of the Code of Conduct. 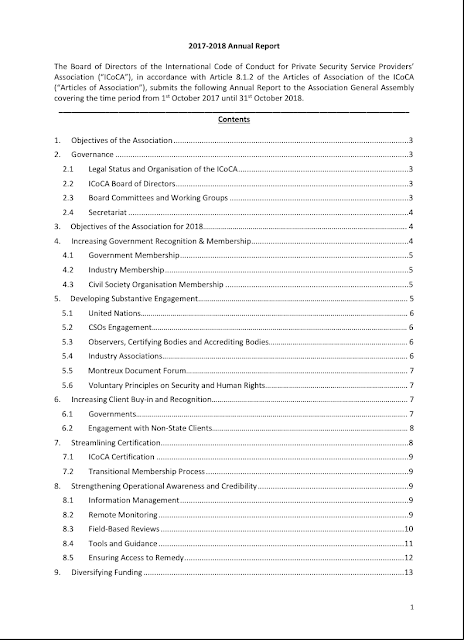 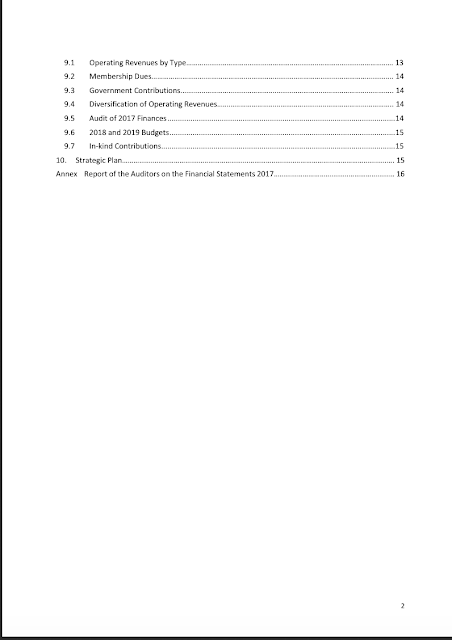 The Guidance is a ‘living document’. The Association expects to revise it in the future, in the light of Member Companies’ experience, developments in the industry and lessons learned from the Association’s own review and handling of complaints it receives. To that end, the Association welcomes feedback from Companies that implement company grievance mechanisms (CGM) and use this Guidance.

The Guidance on Company Grievance Mechanisms is also available in the following languages: