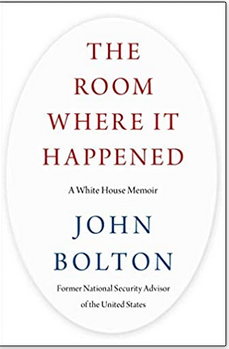 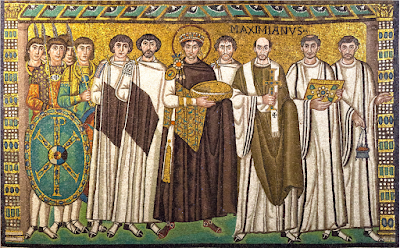 "Indeed, I have been forced to conceal the real causes of many of the events recounted in my former books. It will now be my duty, in this part of my history, to tell what has hitherto remained untold, and to state the real motives and origin of the actions which I have already recounted. But, when undertaking this new task, how painful and hard will it be, to be obliged to falter and contradict myself as to what I have said about the lives of Justinian and Theodora: and particularly so, when I reflect that what I am about to write will not appear to future generations either credible or probable, especially when a long lapse of years shall have made them old stories; for which reason I fear that I may be looked upon as a romancer, and reckoned among playwrights." (Procopius, The Secret History of the Court of Justinian (Project Gutenberg edition; originally Athens: Athenian Society, 1896); Introduction)

So begins the now well-known "Secret History" (Anecdota; Greek: Ἀπόκρυφη Ἱστορία, Apókryphe Historía; Latin: Historia Arcana) of Procopius of Caesaria (Προκόπιος ὁ Καισαρεύς; born 500- died c. 565)). It was a work known for a time when it was written and then lost until republication int he 17th century. Like others of its kind, it is the work of a disgruntled academic turned functionary, who having spent a lifetime getting into the good graces of the powerful in order to excise (or at least witness) power from the position of a servant, a trained tool of the imperial machinery, produced a scathing criticism--personal and professional--of his former masters after he was cast out by the ungrateful patrons he thought he had served so well. The imperial personages who for many years were portrayed so positively, now descend into caricature.  Their political depravity mirrored (as is common in Western literary tropes of this sort) by their sexual depravity and mental incapacity (on modern versions of this form of conflation for political ends, see, Emasculated Men, Effeminate Law in the United States, Zimbabwe and Malaysia (2005) Yale Journal of Law and Feminism) 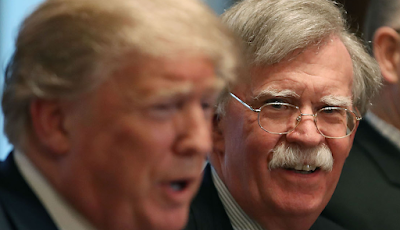 But Procopius is not been the last to pen a "Secret History." John Bolton has now written his own "Secret History" describing his service--unappreciated--as a high functionary in the entourage of the President of the United States, cast aside by an ungrateful master.  Like Propocius, Mr. Bolton started as a cliente of Jesse Helms and worked his way through and around the bureaucracies of the American Republic, ultimately servicing various masters as US Ambassador the the United Nations (2005-2006) and then, in his (final?) performance as  National Security Advisor (2018-2019) before turning to the literary tasks that eventually birthed his Anecdota.  The Bolton "Secret History," salaciously (well, we all "Gotta Have a Gimmick") titled "The Room Where it Happened"will be published in late June 2020 by Simon and Schuster, subject of course, to legal action on the Trump Administration's claims that the work contains materials which may not be published (Trump administration sues Bolton over book dispute). Like the Procopius work, it is brimming with accusation and demonization.  His former master is not fit for office (ABC News video); and that he sacrificed national interest to further is own career.  There is more. Like Procopius, the material is meant to incite political maneuverings--in early Byzantine imperial politics centered on the Hippodrome factions (Blues and Greens); in the United States among political parties and disaffected but powerful elements of the elite shut out of office with the loss of the 2016 election.   All of this, of course, is fair play given the mores, the morally binding customs of a particular group (in this case of the high functionaries), of early 21st century America, And perhaps it augurs, like much of what is happening in 2020, the start of a new era, the character of which is still up for grabs.


The brief Ruminations that follow take this symmetry as its starting point.  It is not focused on the "truth" of the allegations made--as saucy as many of them are. Instead it considers Mr. Bolton's "Secret History" in the context of the type to which it relates. It is an act of revenge, and betrayal as a payback for a perceived betrayal or thwarting of ambition, and is built on the believability of its demonizing revisionism  the most potent element of which is its power to scandalize.The power of Secret Histories lie in the invitation for the target's enemies to treat as fact the interpretations of the disloyal author.

The fundamental purpose of a Secret History is to present a revision of history. Its fundamental premise is that the official accounts of events--or of the person targeted--are false.  That falsity itself is dangerous and requires correction. The value of the Secret History lies in its disloyalty.  It is, at bottom, a great act of lèse majesté. It is the extent of that disloyalty by which the value of the work of revision is measured.

The authenticity of that revisionism also is usually a function of the extent of the betrayal. The betrayal of minor functionaries rarely merits more than a moment.  But the treachery of high functionaries are of a different order.  The greater the extent of the betrayal--the closer the betrayer is to the pinnacle of the authority he betrays--the more authentic the accusation and the more valuable the exercise of betrayal. But the act of publishing a "Secret History" is also substantially self serving.  Having been cast aside, the former high official may be in a precarious state.  He is reviled by the opponents of his master, and now discarded unlikely to be aided by the master's current retainers.  At a minimum, self-preservation suggests that a betrayal of suitable magnitude might provide entry into the former enemy camp (or at least suggest that it is in their interests to protect him), and make it that much harder for his former master to the disloyal official.

Mr. Trump is hardly the first to invite a string of "Secret Histories" by former aides and officials.  The difference is that other presidents have been more popular with the press which reports on such things.  Thus, for example, by 2014, reporting from the Los Angeles Times noted, with respect to President Obama's former officials: "All presidents have had in-house critics. But rarely has a president faced the degree of public criticism from former senior Cabinet members that Obama has this year. The critiques are particularly notable because they have appeared while Obama is still in office, struggling with a world beset with crises. Panetta’s “Worthy Fights” has appeared as the midterm election approaches, when criticism of Obama could boost his Republican opposition." (Obama still in office, but ex-aides’ books and claws are already out).  Earlier, in 2008, Daniel Schorr, reporting for NPR noted with respect to the then ending Bush II administration: "Some call it kiss and tell; some call it whistleblowing, but over the years there's been an increasing tendency for aggrieved officials to strike back with books venting their anger at the Bush administration."  (Bush Administration Besieged by Critical Books).


The scope of betrayal, of course, varies with the access of the aggrieved and now vengeful official seeking some variation of "seeking the record straight" by attempting to manage the form of interpretation of fact (or to supply facts form which a necessary and strategic stet of interpretations may be made). Here the scope of the betrayal involved in the revised history is substantial. A valued underling--lifted to high office and trust by the ruler--betray of that trust over the course of a several hundred pages detailing of the depravity of his former master and his attendants. Procopius feared imprisonment, torture and death.  These were prominently noted at the start of his Anecdota, and for good reason. These sorts of works are only worth reading as a function of the danger that its writing places the author. The object is to elicit evidence of bravery; the effect is to titillate.