Michael Strauss on The Possibility of Closing Guantanamo 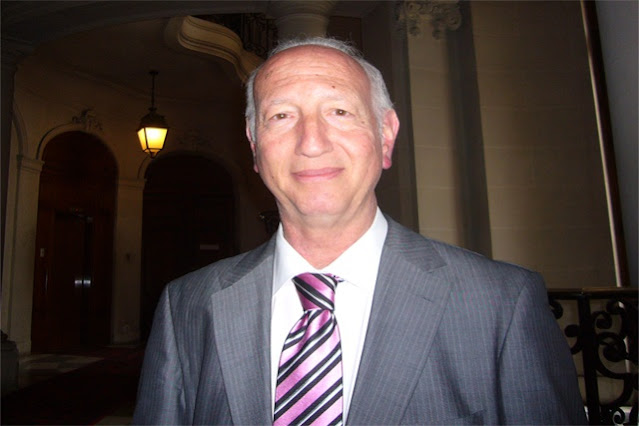 Michael J. Strauss, who teaches at the Center for Diplomatic and Strategic Studies in Paris, and an invited professor at the Belarusian State University in Minsk, specializes in territorial leases as phenomena of international relations and international law for resolving sovereignty disputes, and is the author of The Leasing of Guantanamo Bay (Praeger, 2009). His work has been considered here (e.g., Michael Strauss on 'Does Cuba Share Responsibility for Human Rights at Guantanamo Bay?', Law at the End of the Day, Aug. 2, 2012). 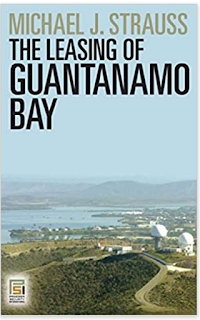 We have spoken about the the long and quite interesting history of the Guantanamo Naval Base from its creation in 1903 through current times.  What appears at first glance to be a straightforward issue--the lease of another sovereign's territory, turns out to have produced complex issues of international law, international relations, and internal operations for the US military services.  The politics of the closing of the Naval Base during the very brief movement to normalization that ended in 2017 is also discussed. We discussed as well legal issues around the use of Guantanamo as a detention center for prisoners from the Iraq and Afghan campaigns.

Recently it was reported that "President Joe Biden’s aides have launched a formal review of the U.S. military prison at Guantanamo Bay in Cuba, reviving the Obama-era goal of closing the controversial facility with the aim of doing so before he leaves office, the White House said on Friday. . . Asked whether Biden would shut the high-security prison located at the Guantanamo Naval Station by the time his presidency ends, White House spokeswoman Jen Psaki told reporters: “That certainly is our goal and our intention.” But such an initiative is unlikely to bring down the curtain anytime soon on the offshore facility, due largely to the steep political and legal obstacles that also frustrated efforts by his ex-boss, former President Barack Obama, to close it." (Biden launches review of Guantanamo prison, aims to close it before leaving office).

I asked Professor Strauss what he thought about this.  is quick but quite revealing response follows.

Thanks for the article. Interesting! It looks like an attempt to revert back to the plan to close the prison that proved so elusive for the Obama administration. Whether Biden will issue an executive order like Obama's or his administration comes up with a different plan remains to be seen. Obama's executive order to close the prison was never actually rescinded or cancelled in any way (eg, by a subsequent executive order) or challenged in the courts the way some of Trump's executive orders have been. It was simply blocked from being implemented, and then seemed to have been put on the back burner and ultimately abandoned (by 2016, according to a Reuters article at the time) as its impossibility to carry out became solidified. I am not aware of any attempt to revive it or renew it.

The fact that the Democrats currently don't have a large majority in either house of Congress suggests that a similar effort would lead to similar results, but the option I raised in my 2016 ASCE paper -- closing the base -- remains valid, albeit with the challenges you astutely perceived and mentioned in your comment as discussant. Indeed, it is probably still easier for the Biden administration to close the entire base, as that can be done without Congressional approval through the various routes mentioned in my paper, than it is to close the prison by itself with the base still operational. Given that Trump didn't add to the prisoner count at Guantanamo Bay, we are faced with more or less the same situation that existed when Obama left office but with a couple of differences that might be significant: the base and prison have a lower public profile, conceivably giving the government more room to maneuver politically; and the evolution of the US political/economic climate, which has diverted public concerns to more acute matters.

Cuba's demand that it recover control of Guantanamo Bay as one of the conditions for fully normalizing relations provides an opening for the Biden administration if it wants to pursue better overall relations with Cuba. Negotiations on returning control could also be a forum for discussing the future of the prison and prisoners: the US might indicate to Cuba that if Cuba helps it come up with a humane solution to the prisoner dilemma, it would facilitate getting control of Guantanamo back. Indeed, the prisoner issue is the only major obstacle to overcome from a legal and moral perspective, and Cuba could be induced to go along not only by the prospect of the prize it seeks but also by the prospect of being seen to do something positive regarding the prisoners' human rights. In any case, returning Guantanamo Bay to Cuban control would probably be an easier demand to meet from a political standpoint in the US than the other demand: ending the embargo.