Belt and Road Initiative in Africa: Addressing the Issues of Debt, Dispute Resolution, and Transparency An online conference | 23-25 February 2021 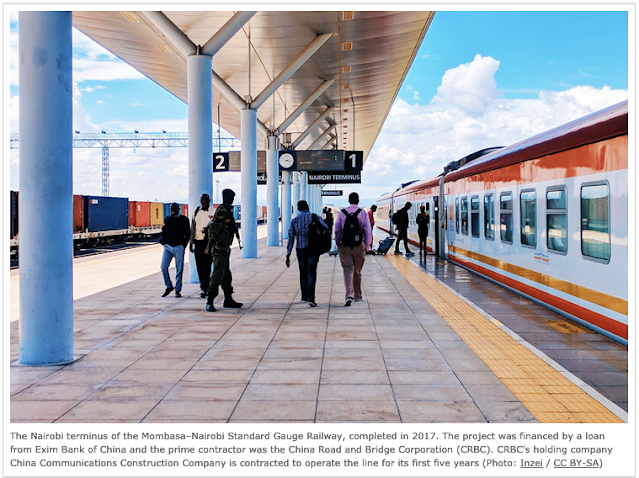 I am happy to announce the Conference: Belt and Road Initiative in Africa: Addressing the Issues of Debt, Dispute Resolution, and Transparency, which is taking place 23-25 February online.

JOIN THE SEMINAR BY CLICKING HERE

In 2013, President Xi Jinping launched the Belt and Road Initiative (BRI), which has integrated China’s global strategies of promoting infrastructure-led development, trade, finance, policy, and people-to-people connectivity. Under the banner of the BRI, China- Africa engagements have reached new heights. From 2003 to 2018, the annual flow of Chinese foreign direct investment (FDI) to Africa has surged from $75 million to $5.4 billion, while the stock value of Chinese FDI in Africa has increased from $491 million to $46 billion, making China the fastest-growing investor in the continent. According to the statistics of the China-Africa Research Initiative of Johns Hopkins University, as of 2018, Chinese bilateral official lending to 38 African countries has reached $57 billion, which is almost the same size as the World Bank lending and accounts for over 65 percent of all the bilateral official debt of those countries.

What does the BRI mean for sustainable development, given the incredible gap in infrastructure finance and implementation of law in African countries? What are the impacts of the BRI on the debt profile of resource-producing countries in Africa, considering the COVID-19 induced nosedive in the international prices of crude oil and other commodities that oxygenate the economies of many African states? What are the broad geopolitical implications of the BRI, in terms of the shifting conditions of China- Africa cooperation since the post-independence era? Could China and African states use the BRI to create an effective and impartial dispute resolution mechanism that can accommodate Chinese and African values and how? To what extent can China and Africa promote and strengthen ethical standards and values of good governance in transnational trade and investment?

This three-day Webinar assembles prominent scholars, policymakers, and practitioners from law, political economy, and sociology to unpack the above-mentioned governance issues arising from China’s BRI in Africa through the prisms of debt sustainability, dispute resolution, and transparency and good governance.

Panel on Transparency and Good Governance

An army of empirical research has shown that deep-seated and structural opacity is at the root of poor governance in many African states. The popularity and wide acceptance of the Belt and Road Initiative (BRI) in many jurisdictions of weak governance in Africa heighten the economic risks and potential benefits of the initiative to both the investor-state, host states, and local populations. China is concerned that the implementation of the BRI might be a recipe for bribery and corruption. During the opening ceremony of the Belt and Road Forum for International Cooperation in 2017, President Xi Jinping called for the strengthening of international counter-corruption cooperation to infuse the BRI with high ethical standards.

The objective of this panel is to highlight the crucial importance of entrenching and upholding globally acceptable business ethical standards in the implementation of the (BRI) in Africa for shared prosperity. Relying on international and transnational legal and quasi-legal frameworks, discussants may talk about effective approaches to tackle potential opacity and poor governance in the BRI in Africa. Are there embedded relations of power that might threaten transparency and good governance in the BRI? In light of China’s avowed laissez-faire approach to foreign investment in Africa, are there governance roles for subaltern groups such as non-governmental organizations and local communities that will enhance the potential benefits, legitimacy, and goodwill of the BRI in Africa? Are there information dissemination vectors and mechanisms that could activate legitimate public scrutiny of the BRI and effectively strengthen transparency and good governance?