1. Conversations About the Book "Hong Kong Between 'One Country' and 'Two Systems'": Talking About the Preface, Why I Wrote the Book, and Its Focus 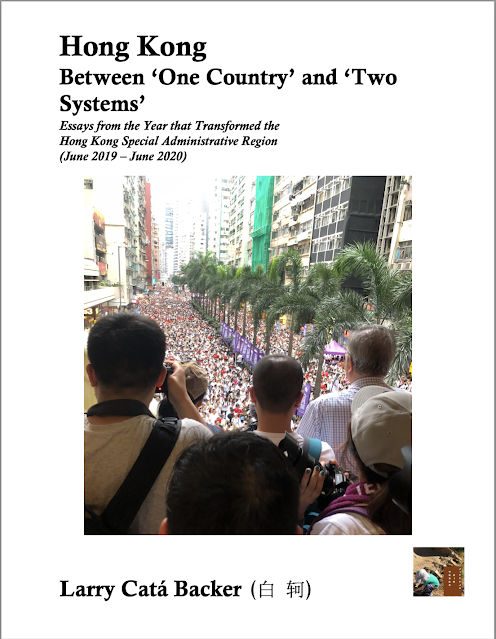 “言有尽而意无穷” [Words and meanings are endless].
It will be hard to forget the late afternoon of 9 June 2019. People had been whispering for days about what was coming—some worried and others looked forward to whatever was to come with a sense of excited anticipation. Only three days before, as I was arriving in Hong Kong, there has been a rare protest against the proposed extradition bill by Hong Kong’s lawyers. People were angry; they believed this extradition bill might be the beginning of the end of Hong Kong’s autonomy. Some people in Hong Kong suggested that this return of the extradition bill was meant as a means of reaching into Hong Kong to rectify critics of the central authorities. And they did not want to see it gone—whatever the formal political relationship with the Mainland.

I did not pay much attention; I had been focused on a series of meetings and remembered in any case the way that the Umbrella Movement protests had evolved in 2014. I had been told that protests were scheduled that day against the Extradition Law that had been the subject of intense discussion among many people in Hong Kong. It was not clear what the central authorities in Beijing had planned or what the local government would do in the face of mounting disquiet on the street and, surprisingly, among Hong Kong’s business leaders. Everybody had an opinion, of course. Few thought that the protests would amount to much in the long term. This was a city now used to mass manifestations of opinion, and as well, a city seemingly now beyond the large scale protests of the 2014 Umbrella Movement.
I was not prepared for the scale of the manifestations, even the very small glimpse of which I could see standing on the pedestrian bridges crossing Hennessey Road near the Wai Chai station. I stood for a long time looking at the faces of the individuals and then blurring them to see the aggregated face of the crowd. I assumed exuberance, but there was a funereal air to the manifestation of public sentiment, one that seemed to mix hope, fear, and a determination to push forward, whatever the cost. At the time many felt the cost would be small. They looked back on the apparent consequences of the Umbrella Movement and thought that this would produce something of a repetition from the authorities. 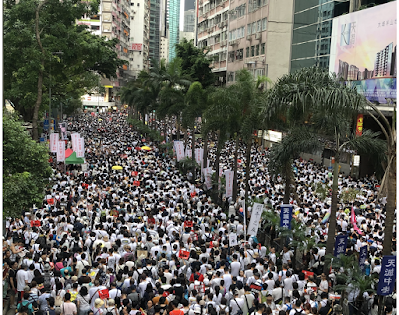 The year that followed was one of tremendous change. These changes, however, could not have been readily foreseen by the hundreds of thousands marching on 9 June 2019, the local officials who viewed this with some trepidation but with little deep concern, or the central authorities who expected quick and resolute response to avoid the embarrassments of the upheavals of 2014 and the Umbrella Movement. Few could have predicted that the protests would transform their objectives from resistance to the Extradition Law, permitting Hong Kong people to be extradited to the Mainland, into a push for a substantially deeper and more permanent understanding of the “Two Systems” principle in the “One Country-Two Systems" arrangement that served as Hong Kong’s political model. (Preface; Hong Kong Between 'One Country' and 'Two Systems', pp. xii-xiii).

Today marks the 2nd anniversary of the start of the protests in Hong Kong that produced, a year later, a new regime frame by a National Anthem and National Security Law. Coverage of the anniversary was quite thin (see, e.g., here, and here). Joshua Wong, of course, remembered (see here).  For many others, the future beckons as the past recedes. And yet even silence is quite noisy given the accumulation of events that may trace their current manifestation to the protests that began in earnest that day.

It seemed only appropriate to start an interview series in which I discuss my new book,  "Hong Kong Between 'One Country' and 'Two Systems'," on this day. I am delighted, then, to make available the first of a series of video recordings of conversations in which I discuss the book with my former research assistant  Matthew McQuilla (Penn State International Affairs MIA 2021). Together we offer short conversations about each of the book's thirty one essays.  We start the series of conversations with the Book Preface.

The video of conversation about the Book Preface may be accessed here. 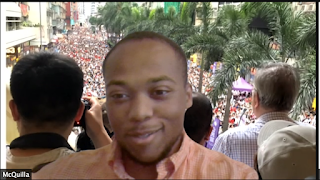 A pre-publication version of the Preface may be accessed (free) on the Book's webpage (here). All videos may also be accessed through the Little Sir Press Book Website HERE.