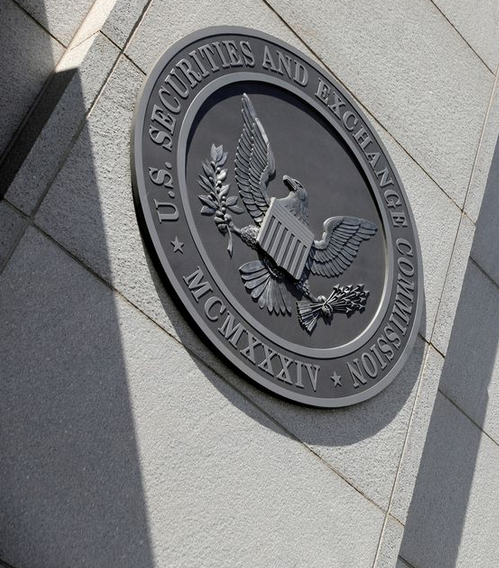 Both the United States and China have recently moved more vigorously in developing borders that effectively make access to each others' financial markets more difficult.   This is part of a broader and longer term effort to undo the work of integration at the heart of US globalization and Chinese Reform and Opening Up, as that era disappears into history.  Now with New Era and America First ideologies at the forefront, the need for the reconstruction of stronger and less porous borders between the US and China becomes  more important as both economies reconstitute themselves as both global, but as separate.  Both states are becoming much more protective of their economies and their global extension through the control of global production chains  that lead back either to apex entities in their respective home territories.

This is particularly important in the context of the operation of financial markets.  The reason is indirect but straightforward.  Financial markets have been the principal vehicle through which states developed their models of compliance-accountability in the management of their macro economic policies.  It is also the principal means of acquiring information about entities and of using such information not just for accountability (e.g.. the Modern Slavery reporting laws) but also to nudge entities into particular forms of behavior. Inc. It is no surprise, then, that both China and US have become increasingly wary of their economic "hostages" in each other's jurisdiction luring by the prospect of profit.

As a consequence both states have now sought to restrain such cross border access to capital. The motivations of each state, of course, are different at the micro level, and each reflects both short term and longer term objectives.  The result, however, is that the process of integration is being reversed in increasingly obvious ways.

Reporting by Echo Wang for Reuters today provides a another window on the process: "EXCLUSIVE SEC gives Chinese companies new requirements for U.S. IPO disclosures" (Reuters 23 August 2021). What makes this interesting is the way that the SEC is using its oversight powers to reach into the listing operations of the NYSE without the need for the more cumbersome process of formal regulatory interventions.  The reporting follows below along with its source, the 30 July 2021 "Statement on Investor Protection Related to Recent Developments in China" of SEC Chair Gary Gensler.

The seal of the U.S. Securities and Exchange Commission (SEC) is seen at their headquarters in Washington, D.C., U.S. REUTERS/Andrew Kelly

Aug 23 (Reuters) - The U.S. Securities and Exchange Commission (SEC) has started to issue new disclosure requirements to Chinese companies seeking to list in New York as part of a push to boost investor awareness of the risks involved, according to a document reviewed by Reuters and people familiar with the matter.

Some Chinese companies have now started to receive detailed instructions from the SEC about greater disclosure of their use of offshore vehicles known as variable interest entities (VIEs) for IPOs; implications for investors and the risk that Chinese authorities will interfere with company operations.

Last month, SEC Chair Gary Gensler asked for a "pause" in U.S. initial public offerings (IPOs) of Chinese companies and sought more transparency about these issues. Chinese listings in the United States came to a standstill after the SEC freeze. In the first seven months of 2020, such listings reached a record $12.8 billion, as Chinese companies capitalized on the soaring U.S. stock market.

"Please describe how this type of corporate structure may affect investors and the value of their investment, including how and why the contractual arrangements may be less effective than direct ownership, and that the company may incur substantial costs to enforce the terms of the arrangements," said one SEC letter seen by Reuters.

The SEC has also asked Chinese companies for a disclosure that "investors may never directly hold equity interests in the Chinese operating company," according to the letter. Many Chinese VIEs are incorporated in tax havens such as the Cayman Islands. Gensler has said there are too many questions about how money flows through these entities.

"Refrain from using terms such as 'we' or 'our' when describing activities or functions of a VIE," the letter stated.

An SEC spokesperson did not immediately respond to a request for comment.

The SEC has also provided disclosure requirements pertaining to the risk of Chinese regulators intervening with company data security policies, the sources said. Last month, just days after the blockbuster IPO of Didi Global Inc (DIDI.N), Chinese regulators banned the ride-sharing giant from signing up new users. This move was followed by crackdowns on technology and private education companies.

The SEC has also asked some companies for more details in cases where they do not comply with the U.S. Holding Foreign Companies Accountable Act on accounting disclosures to regulators. China has so far prevented companies from sharing the work of their auditors with the U.S. Public Company Accounting Oversight Board. Last month, the SEC removed the chairman of the board, which has been unsuccessful in its push to ensure independent auditing of U.S.-listed Chinese companies.

The SEC's move represents the latest salvo by U.S. regulators against corporate China, which for years has frustrated Wall Street with its reluctance to submit to U.S. auditing standards and improve the governance of companies held closely by founders.

The SEC is also under pressure to finalize rules on the delisting of Chinese companies that do not comply with U.S. auditing requirements.

Statement on Investor Protection Related to Recent Developments in China

This is relevant to U.S. investors. In a number of sectors in China, companies are not allowed to have foreign ownership and cannot directly list on exchanges outside of China. To raise money on such exchanges, many China-based operating companies are structured as Variable Interest Entities (VIEs).

In light of the recent developments in China and the overall risks with the China-based VIE structure, I have asked staff to seek certain disclosures from offshore issuers associated with China-based operating companies before their registration statements will be declared effective. In particular, I have asked staff to ensure that these issuers prominently and clearly disclose:

Additionally, for all China-based operating companies seeking to register securities with the SEC, either directly or through a shell company, I have asked staff to ensure that these issuers prominently and clearly disclose:

In addition to this specific guidance, we will continue to hold all companies to the securities laws’ high standards for complete and accurate disclosure.

Further, I also have asked staff to engage in targeted additional reviews of filings for companies with significant China-based operations.

I believe these changes will enhance the overall quality of disclosure in registration statements of offshore issuers that have affiliations with China-based operating companies. This work builds on the SEC’s Division of Corporation Finance’s previous guidance on disclosure considerations for companies based in or with significant operations in China.[1]

I believe such disclosures are crucial to informed investment decision-making and are at the heart of the SEC’s mandate to protect investors in U.S. capital markets.