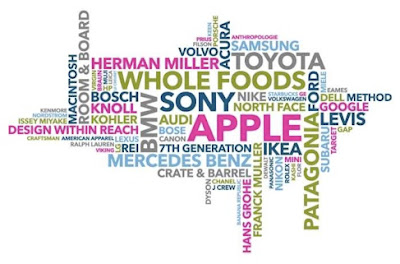 From The Conscious Shift in Consumer Behaviors,  LOHAS.  ("So what brands do New Affluents find meaningful, authentic and relevant? Apple, Sony, BMW and Ralph Lauren, unsurprisingly. But Crate & Barrel, Ikea, Whole Foods and Levi's, too. Porsche, Lexus, Chanel and Viking. And Target, North Face, Volkswagen and The Gap. Missing from this segment's 75 favorites list are classic luxury brands like Cadillac, Gucci, Louis Vuitton, Armani and Versace who have yet to demonstrate how they are keeping up with emerging trends.")
[almost done]

Part XXVII: Ethics and a Jurisprudence of Responsible Investment:  The Ethics Guidelines as Quasi-Judicial System--What is Left to be Done.

We have been considering the system that is the administration of the Ethics Guidelines. We have posited that the Ethics Guidelines system is an essential element of the Norwegian state's efforts to construct what will eventually serve as an international standard for responsible investment. We have come to understand responsible investment as a three pronged program consisting of: (1) a political-regulatory element derived from the Norwegian state apparatus (Storting and Ministry);  (2) an economic-private element derived from the position of the Norwegian state as a shareholder-investor in publicly traded companies; and (3) a quasi-judicial element derived form the Ethics Guidelines and implemented through the Ethics Council.  Together the three prongs apply national and international law in the public sphere and the private markets, and in the process seek to contribute the the development of the international law they develop and seek to domesticate that international (and national) law and regulatory framework into the operations of corporations (and the regulatory programs of corporate home states) through shareholder action.
The Ethics Council plays a critical role in that process, standing between the state and the private sector.  It transforms politics into a set of predictable standards of conduct that are then applied on a case by case basis, to the investment universe of the NSWF.
This short essay considers the limits of the Ethics Council's system in the context of the responsible investment construct. The suggestion here is that, while the Ethics Council system provides a respectable foundation for its operation, the Ethics Council system remains open to further refinement in line with its objectives and in the face of the task to which it has been charged. 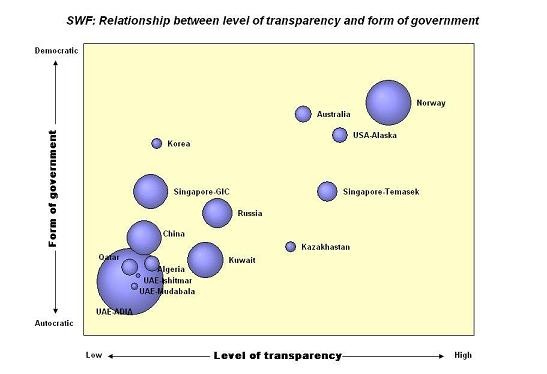 "The level of transparency comes from the Truman index; the form of government from the Economist Intelligence Unit’s democracy index; the estimates of the fund’s size come from Standard Chartered."  From Brad Setser, Regulating sovereign wealth funds: does the US have any leverage?, Council on Foreign Relations, Feb. 26, 2008.

Where can more information be obtained about the size of divestments for companies where it was not listed in the recommendation? (i.e. tobacco and a few others)

Why was Rio Tinto excluded two years after Freeport since the violation in question is over the same mine of which they were both part owners?

Was Siemens ever excluded from the Fund? Is it still under observation status?

As noted on Page 13 of the 2009 Annual Report the Council has a "Watch-list" is this interpreted as companies under observation?

There has been skepticism about adding other states to the criteria for being excluded (in the same manner Burma was), are there any plans to do this? (i.e. the DRC)

With what appears to be insurmountable evidence against the company through sources that the Council has cited before, why was Total never excluded?

Was the Minister of Finance overstepping their bounds by putting Siemens AG under observation instead of taking the Council's recommendation of excluding the company? (Cite Section 3 Article 1 of the Ethical Council's Guidelines)

Other than the Monsanto recommendation has there been any other cases of "active ownership"?

Is the Council looking to add any additional type of exclusions?

Was Rheinmetall ever excluded from the Fund?

As the Fund looks into developing into real estate, will the Council be participating much in that field?

Currently is the Council only looking at the Ottawa Treaty as their basis for excluding companies in violation of manufacturing anti-personnel landmines and the Oslo Convention for companies manufacturing cluster munitions, or are they taking into consideration other criteria?

How do people get nominated for the Council of Ethics?

Does the Council look at any source who writes to the Council on allegations against a company?

The Council's website states that they employ staff to translate in many different languages, does language pose a problem when evaluating a company?
Posted by Larry Catá Backer at 2/27/2011 10:29:00 PM