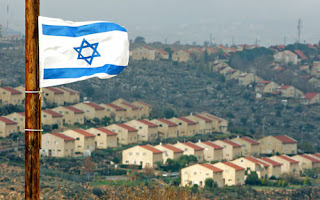 An Israeli flag fluttering over a view of the West Bank Jewish settlement of Ofra (Photo: REUTERS)

Part XIV: Ethics and a Jurisprudence of Responsible Investment:  The Cases--
II.  Conduct--Complicity
4.  Serious Violations of Individual Rights in War or Conflict
There is one determination.
1.  Recommendation of November 16th, 2009, on the exclusion of the companies Africa Israel Investments Ltd. and Danya Cebus Ltd. [23.08.2010]
Summary: This is one of the most interesting of the cases in terms of the refinement of the Ethics Council's jurisprudential approach.  It is also another interesting case of the focus of the Norwegians on the Israeli-Palestinian conflict, which has garnered a significant amount of attention in Norway.   On its face, the case is fairly straightforward:  the building of settlements by the Israeli government for Jews (it is not clear if the same result would be reached if the settlements were intended for Israeli Muslims or Christians) violates international consensus on the application of international conventional law, the company participates int he building of settlements, and therefore the company is complicit.   To that extent investment in the company would be prohibited by the Ethics Guidelines rules prohibiting investment where the Fund be contributing to serious violation of individual rights in situations of war or conflict.  The company did not respond to requests for information from the Ethics Counsel.  And the Ethics Council tended to read the relevant law broadly.   For purposes of determining the existence of a broad consensus that Israeli (Jewish) settlements are "illegal", the Ethics Council pointed to the views of the International Red Cross, resolutions of the UN Security Council, and its reading of an advisory opinion of the International Court of Justice the principal focus of which had been in the legality of the separation barrier crossing between Israel and Palestine. Israeli claims were brushed aside.  As its interpretive foundation, the Ethics Council relied on the Government White Paper (NOU 2003:22). The Ethics Council applied its evidentiary standard--that past activity creates a presumption of the possibility of similar future activity, to determine that the company's complicity would be ongoing. (at pg. 8).
However the Ethics Council was careful to limit the scope of the complicity formula applied.

But given the force of its argument, it is not clear to see the basis for this limitation other than as grounded in political considerations. 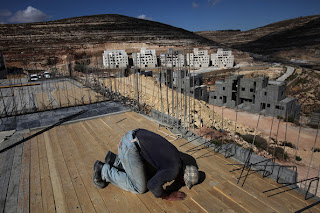 The basis of the determination was clarified, and defended, in a second latter to the Ministry of Finance dated March 9, 2010.  The supplemental letter is notable for the heavy reliance on precedent as a justification for the exclusion decision, a reliance made necessary, to some extent, by the Ministry of Finance, that sought to understand the extent to which earlier determinations could be distinguished or applied.

"The Ministry refers to the case of the company Total SA from 2005, in which the Council assessed whether the company Total SA should be excluded from the GPF because of contribution to human rights violations in connection with the company’s construction of a pipeline in Burma. In the Total case, the Council presented an overview of the various aspects it took into consideration in its assessment of whether a company should be excluded from the GPF because of its contribution to serious or systematic violations of human rights. . . .  The subject of the Council’s considerations here is similar to that of the Total-case, as it is not necessarily the companies’ own activities that are problematic but rather the fact that violations take place where the companies operate. The degree to which the companies possibly contribute towards the violations of norms must be considered in each individual case."    (March 9, 2010 Letter at 2).

The Ethics Council distinguished Total on the grounds that in Total, the violations were indirect while in Africa Israel the company contribution to the violation was direct.   For that reason, as well,the Ethics Council refused to consider the benefits of that activity.  "When the Council has previously considered whether a company’s activities can also be said to benefit those whose rights have been violated, it has not been in cases where it is the company’s own activities which constitute the core of the violation." (March 9, 2010 Letter at 3).  The Ethics Council also elaborated its standard for exclusion in these cases.  Where there is a direct connection between the company and the violation there is no need to identified affected individuals.  It elaborates how it will apply the standard of "facts and circumstances" review of involvement in the construction of settlements: "In its assessment of a company’s involvement, the Council will consider the specific actions of individual companies; a sub-contract for a construction project may be considered less significant than the main enterprise for the project."  Though these standards have only been applied the Israeli's and companies involved in Israeli projects, it is possible to suggest that they might have broader application to companies engaged, for example, in projects in the Western Sahara on behalf of the Moroccan government (Kerr McGee) or other places where sovereignty is disputed. 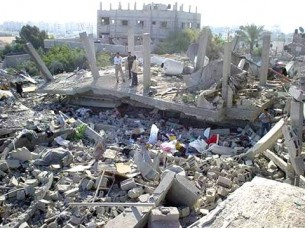 Hugh Wheelen, Norwegian govt fund checks companies for Israel-Gaza human rights abuses, Responsible Investor.com, Jan. 8, 2009 ("The Norwegian government has responded to Israel’s military offensive in the Gaza strip by asking the Council of Ethics, which advises the country’s €267bn Government Pension Fund, to check that companies in which it invests in the region are not involved in human or labour rights abuses").

3.  Complainant
a.  If the state, the office from which the reference was made: Does not say, it appears that the Council made the decision after excluding other companies that were involved with various aspects of the Israel/Palestinian conflict.
b.  If not the state the name and affiliation and home state of the complainant entity: None noted

4. Complaint
a. Action constituting violation: “Danya Cebus is involved in the construction of several settlements in the West Bank. Documents obtained by the Council link the company to construction activities in the settlements Modi’in Elit and Ma’aleh Adumim” (Para. 1 Pg. 4).
b.  “Legal” basis of violation:

6.  Basis of Determination
a.  standard of decision (rule or test etc.): Previous cases dealing with Israel
b.  Use of prior Ethics Council recommendations as precedent or as persuasive: Israeli  cases
c.  Use of case law of other courts or bodies: ICJ, UN Security Council
d.  Reliance on other materials (identify): The Council uses various UN sources, the company itself, press releases, and the ICJ
e.  Rationale: The Council choose to exclude the company due to its operations in constructing Israeli settlements in the West Bank past the 1948 demarcation line which is in violation of the Geneva Convention (which Israel has agreed to)and rulings done by the ICJ and UN, or at least how the Council determines those articles pertain to this case.
Posted by Larry Catá Backer at 2/14/2011 09:39:00 PM