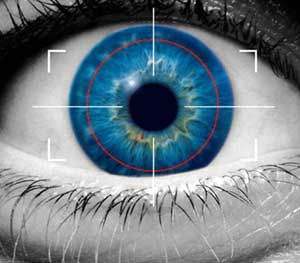 "There is no doubt that the conditions that have been brought to light in Siemens justify the use of the term gross corruption. However, the assessment made when considering exclusion of a company shall be forward-looking. Siemens is now in the spotlight and it is important that pressure to bring the corruption to an end is kept high. By keeping the company under observation we can contribute to this", says Halvorsen.

At the time of the action, the Ethics Guidelines (Issued 22 December 2005 pursuant to regulation on the management of the Government pension Fund – Global) provided only for negative screening and exclusion of companies on the basis of the production or sale of certain products, or for engaging in certain identified conduct (Sections 2 & 4).  There was no provision for placing a company under observation.   To the extent that the Ministry of Finance could order observation, it did so under its regulatory power pursuant to Section 7 of the Government Pension Fund Act of 2005, though it is not clear how the regulations creating the status of "observation" were enacted.  The Ministry of Finance's purpose was announced in the 2009 Annual Report of the Ethics Council:


The Ministry of Finance has decided to introduce a watch-list for companies where there is uncertainty as to whether the conditions for exclusion have been met or uncertainty about future developments. The Ministry of Finance can put a company under observation on the basis of recommendations of exclusion or observation from the Council on Ethics. In these cases, assessments will be made regularly to determine whether the company should remain on the watch-list. If the risk of norm violations is reduced over time, the company can be taken off the watch-list. If the required improvements are not observed, companies on the watch-list may be recommended for exclusion from the Fund.  (From Council on Ethics for the Government Pension Fund Global, Annual Report 2009, at page 14).

At the time of the Ministry of Finance's action, the Chair of the Ethics Council was interviewed. Interview, Gro Nystuen - Norwegian council on ethics Published:  15 June, 2009.  In response to  When questioned on “Is it damaging when the council on ethics’ recommendation is overruled by the ministry of finance?” by Nordic Region Pensions and Investment News Chairwoman Gro Nystuen stated the following:


“It’s important to make the point that we are giving advice, and the ministry of finance

makes the decisions. It is therefore quite natural that it will sometimes differ from us in
its assessment. That is also because it has to consider other aspects as well. We have different rules and have different mandates. In my opinion, this case only shows that the
system works as it is supposed to work, and I have no problems with accepting the ministry’s decision in this case at all.”

Critics have voiced concerns that the introduction of the observation list may lead to non-transparent, ‘endless engagement’, that will allow continued investment in companies whose behaviour could, and should, be improved. Is that a fair criticism?
I don’t see this as the beginning of a trend, because that would mean having to reconsider the entirety of the guidelines. While we don’t have strong views on it, I think it makes sense that the ministry decided what it wanted to achieve and this is a way of telling the company, and any other companies that may be in the same situation, that they are being watched. If other examples of corruption at Siemens emerge, we may still move towards excluding them. (From Interview, Gro Nystuen - Norwegian council on ethics Published:  15 June, 2009)

What emerges is a willingness of the Ethics Council to be flexible in the face of the desires of the Ministry of Finance wishes.  While that makes sense as a matter of public policy and the needs of political reality, it suggests a somewhat flexible attitude toward the regulatory context in which these policies are realized.
Within a short time after the Ministry of Finance put Siemens under observation, the Ethics Guidelines were amended (Adopted by the Ministry of Finance on 1 March 2010 pursuant to Act no. 123 of 21 December 2005 relating to the Government Pension Fund, section 7). The amendments included a new provision on observation that substantially mirrored the form of observation contained in the Ethics Council's 2009 Annual Report.  The Ethics Guidelines now provide:

(1)   The Ministry may, on the basis of advice from the Council on Ethics in accordance with section 4, paragraphs 4 or 5, decide to put a company under observation. Observation may be chosen if there is doubt as to whether the conditions for exclusion have been fulfilled, uncertainty about how the situation will develop, or if it is deemed appropriate for other reasons. Regular assessments shall be made as to whether the company should remain under observation.
(2)   The decision to put a company under observation shall be made public, unless special circumstances warrant that the decision be known only to Norges Bank and the Council on Ethics. 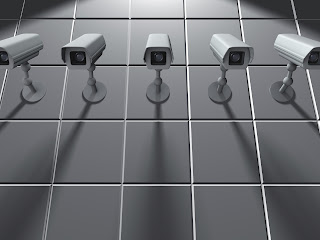 Surveillance
What had been unclear at the time that Siemens was put under observation became part of the regulatory scheme thereafter.   Ironically, had the Ministry of Finance acted under the revised Ethics Guidelines in putting Siemens under observation, it would have violated the Guidelines themselves. Here it is clear that the Minister of Finance would have overstepped its authority where the Ethics Council had recommended excluding Siemens twice. The Ministry could have chosen to reject the Ethics Council recommendation, but it could have chosen to adopt observation in lieu of exclusion in the absence of advice to that effect from the Ethics Council.  Obserbation would have required a third consultation of the Ethics Council, in which the issue of observation would have had to be considered.
Outside of the Siemens recommendations there are no other examples of the observation status being used in the formal sense, but the Aracruz Cellulose SA recommendation from the Council (22 March 2006) noted that the company is being looked at for exclusion closely, but at the present time the matter rests in the hands of the local (Brazilian natives) people and government and the company will continue to be invested in and the situation monitored. Article (2) of Section 3 states that companies that are under observation status do not have to be published by the Council, instead the Council can refrain from publicly calling a company out, while leaving less liability if the company turns out to violate ethical norms of the Council. Outside of these two companies there does not appear to be any others in question for being under observation status, though the Council is supposed to at minimum annually look into whether companies within the Fund still warrant inclusion or exclusion. Similar to companies that are excluded from the Fund, and for that matter companies that are included, there must be regular assessment made on the company in question to see if the need for observation status is present. There is no set amount of time that a company must stay under observation. Further according to the Companies Excluded From the Investment Universe page it appears that Siemens AG is no longer on the observation status and the Council does not go in-depth as to when the company was on the status.
Posted by Larry Catá Backer at 2/16/2011 10:41:00 PM