From time to time I like to showcase some of the current work of my graduate students.  For this post I include a paper written by Anuar Sarmantay, a graduate student at the Penn State School of International Affairs  The paper is particularly interesting for those who follow law and politics in Central Asia.  The dominant perspective from that region is usually that of one of the intervening powers--Russia, the United States, and China.  It is refreshing to consider the issues of strategic relations from insider a "recipient player" in the region.   Consider both the language and its content in reading through this fascinating essay.

International Strategic partnerships
Of the Republic of Kazakhstan:
A Comparative Analysis 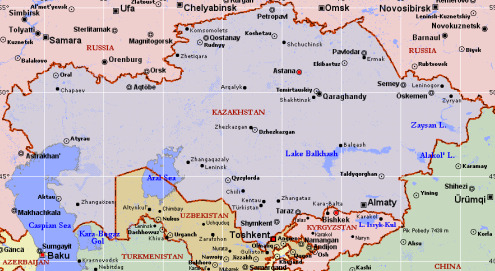 (from The Best Kazakhstan Map. Why?)