From the AAUP: Tenure, Financial Exigency, and Shared Governance in an Era of "Made to Market" Education 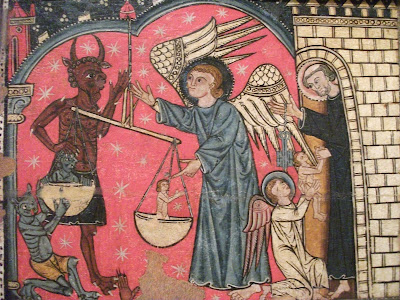 These highlight the way some institutions are moving to re-frame both the governance relationships between faculty, board of trustees and administrators, but also the way in which this re-framing increasingly packages faculty as fungible commodities that, like the programs that faculty are meant to operationalize, may be deployed to suit the moment in the production of profits to the institution.

Particularly telling are two points perhaps under-emphasized in the report.  The first is the way that the actions described highlight a substantial and substantially disturbing shift in power between the board of trustees and administrators.  The second is the way in which tenure is seen increasingly as a threat to flexibility in providing "made to market" education services.  That, in turn, highlights a turn to short term and passive management cultures within academic establishments in which popular tastes drive the delivery of educational services.  This, of course, aligns academic business with that of the for profit sector and produces even greater pressure on tenure as no longer in keeping with a business model those that rewards short term responses to markets driven by stakeholders over longer term considerations that might preserve universities as autonomous centers of knowledge production and dissemination.  Universities, it seems, have moved from the embrace of the active principle to that of an increasingly reactive one, where discretion is shifted to stakeholders and administrators can export responsibility for decisions to others. Variations of that old passive aggressive children's excuse, "My mother made me do it", might well be the motto of this industry in the coming years.


Administrators at two Louisiana universities used program discontinuances as an excuse to get rid of selected tenured faculty members, a new AAUP investigating report finds (pdf). The investigation focused on Northwestern State University and Southeastern Louisiana University, both part of the University of Louisiana System, and was conducted by a committee of AAUP members with no previous involvement in the situation.

At both institutions, administrators discontinued or consolidated academic programs and arbitrarily selected certain tenured professors in the programs for termination of appointment. Especially egregious was that some faculty were dismissed from tenured positions and then offered short-term contracts teaching many of the same courses at drastically reduced salaries.

At Northwestern State, programs were discontinued in such fields as economics, journalism, political science, sociology, German, chemistry, and physics. At least sixteen tenured faculty appointments were terminated in disregard of AAUP-supported standards. The investigation revealed that the NSU administration created a special appeals procedure for terminations that denied faculty members the right to a faculty hearing, terminated tenured positions before untenured ones, and did not attempt to find suitable alternative positions for those affected. The committee found that the administration “failed to consult the faculty in decisions that a financial crisis existed or was imminent” and “fell severely short of the expectations . . . of the UL System’s policy for academic program discontinuance.”

At Southeastern, the only tenured faculty appointments terminated were those of the university’s three professors of French. This happened in a state and in a local parish where French ranks with English as one of two official languages. The professors have outstanding academic records, and the investigating committee found no legitimate basis for terminating their services. The president refused to give them any reason for his action, and he has resisted all pressure to reconsider his position.

Under AAUP-recommended standards, tenured faculty appointments may be terminated only because of financial exigency, a condition affecting an institution as a whole; for program discontinuance based on educational considerations, as determined primarily by the faculty; or for demonstrated cause.

The AAUP report concluded that, lacking chief administrative officers who respect tenure and due process, academic freedom at both Southeastern Louisiana and Northwestern State is and “will in all likelihood remain insecure.”

The University of Louisiana System, consisting of the state’s public four-year institutions that are part neither of the flagship Louisiana State University nor of the historically black Southern University System, is the state’s largest, with eight component institutions during the events investigated and a total student enrollment in excess of eighty thousand.

This is the third major report in five years published by the AAUP as a result of investigations in Louisiana. The first of these, Hurricane Katrina and New Orleans Universities, was a 2007 report on the investigation of apparent violations of principles of academic freedom and tenure at five of the city’s universities. The second major report, published in 2011, dealt with two distinctly different academic freedom cases at Louisiana State University, Baton Rouge.

Read the full report on the University of Louisiana System (.pdf).

If you have comments, please contact Jordan Kurland or Jenn Nichols.

The American Association of University Professors is a nonprofit charitable and educational organization that promotes academic freedom by supporting tenure, academic due process, and standards of quality in higher education. The AAUP has approximately 47,000 members at colleges and universities throughout the United States.

Come on Larry, weigh in on this!?