I was elected to Chair the Pennsylvania State University Faculty Senate and will serve a short term, April 2012-April 2013 in that capacity. I assume this role at a time that the University is working through a crisis of culture and governance that erupted with the arrest of a former employee on charges of sexual misconduct with young boys and the related arrests of university officials. 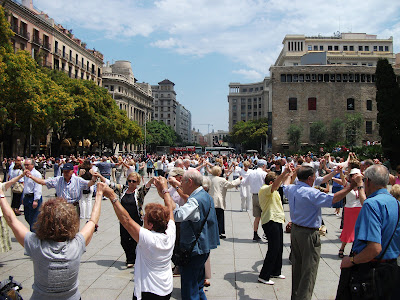 The University has been working on rethinking governance, transparency and engagement.  The faculty is also engaging in this exercise.  This site is dedicated to enhancing transparency and engagement in shared governance. It is specifically focused on issues and affairs that touch on the role of the PSU Faculty Senate and its work. Though the materials are specific to Penn State, it may have relevance to the functioning of shared governance generally within universities and colleges. People within and outside the Penn State faculty are encouraged to read and engage.

I include the first "Welcome" post.  Please accept this invitation to drop by and participate in this experiment in governance.

One of the great dangers of governance in large institutions governed through power sharing arrangements, whether more or less vertically or horizontally arranged, is disengagement from groups for which an actor is responsible or with which an actor shares governance responsibilities.  That is no less true of universities than it is of large multinational corporations, the great organs of non-governmental governance and states. Indeed, the problem of disengagement, and its threat to the appropriate working of shared governance is perhaps greater within a university setting where functionally differentiated roles of board of trustees, administration and faculty, in the face of very real asymmetries of power, makes it harder to remain true to the principles of shared governance except perhaps as gesture. 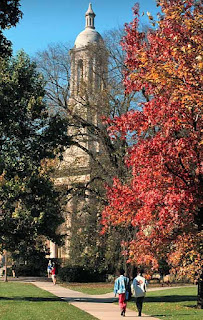 
At Penn State University, governance is shared, not equally of course, but shared in any case between a board of trustees, an administrative apparatus centered on a University President,  and a faculty functioning through a vertically arranged system of unit and university faculty organizations, represented at the university level by the University Faculty Senate.  The PSU Board of Trustees has explained its role, and that of the administration and faculty that serve the university in this way (more on this in subsequent posts):

The Pennsylvania State University was originally chartered by an act of the Legislature of the Commonwealth of Pennsylvania on February 22, 1855. The Morrill Act of 1862 (known as the Land Grant Act) of the Congress of the United States was accepted by the Pennsylvania Legislature in 1863 and Penn State was thereafter designated as the institution in Pennsylvania to receive the benefits of the act.
The Board of Trustees of The Pennsylvania State University is the corporate body established by the charter with complete responsibility for the government and welfare of the University and all the interests pertaining thereto including students, faculty, staff and alumni. (See Standing Order VIII of the Charter, Bylaws and Standing Orders for additional information on Governance of the University.)
In the exercise of this responsibility, the Board is guided by the following policies (this statement on the general policies of the Board of Trustees was initially approved by the Board on June 11, 1970 and underwent subsequent amendments, the most recent being January 19, 1996):

1. The authority for day-to-day management and control of the University, and the establishment of policies and procedures for the educational program and other operations of the University, shall be delegated to the President, and by him/her, either by delegation to or consultation with the faculty and the student body in accordance with a general directive of the Board.
This delegation of authority requires that the Board rely on the judgment and decisions of those who operate under its authority. However, this reliance of the Board must be based upon its continuing awareness of the operations of the University. Therefore, the Board shall receive and consider thorough and forthright reports on the affairs of the University by the President or those designated by the President. It has a continuing obligation to require information or answers on any University matter with which it is concerned.
Finally, upon request the Board shall advise the President on any University matter of concern to him/her.
2. The Board of Trustees shall carry out certain responsibilities as a Board, without delegation. These responsibilities are:

The lubricant that makes the machinery of shared governance work is transparency--not merely as a means of feeding per-digested tidbits of well managed information down from from organ of governance to another, but as a means of sharing information in the context of decision making with respect to those issues over which  more than one body has a role to play.
This site is dedicated to transparency and faculty governance. Its principal focus is the role of the faculty and its network of organizations.  That focus will take two forms.  The first is internal--the site is intended to serve as a space where internal transparency is enhanced and greater engagement in the faculty's governance role made possible.  Its other focus is external--the site is intended to provide a public voice for faculty concerns directed outward to its governance partners and to the stakeholders who together make Penn State an outstanding world reputed institution.
But everyone has a stake in governance.  To some extent many of the issues covbered in this site can be generalized and applied in the host of other institutions.  Moreover the experiences of people in other institutions may well enrich and inform our own experiences here at Penn State.  For that purpose, this web site remains open to engagement by everyone, Penn State and non.-Penn State  people alike.  The hope, then, is for the broadest scope of participation.
Please join me on this year long journey through transparency and shared governance that will extend the length of my term as Chair of the University Faculty Senate.  I hope that the experience will enrich us all and provide a small space within which engagement and transparency may be enhanced for the better running of this institutions in particular and universities and colleges in general.

Fine way of explaining, and pleasant article to get information concerning my presentation subject matter, which
i am going to present in school.
my site > mcallen