For those interested, I have posted the following essay to the Social Science Research Network (SSRN) website. Larry Catá Backer, Transnational Corporate Constitutionalism: The Emergence of a Constitutional Order for Economic Enterprises. 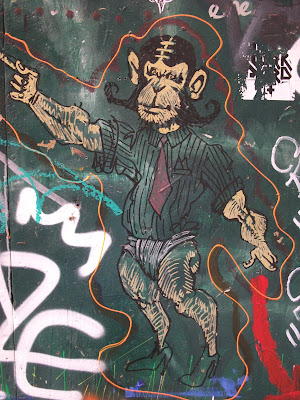 
It continues work on the issue of constitution legitimately organized non-state governance organizations, in this case, in the form of multinational corporations. It was recently presented as part of a Global Governance Debate (with Peer Zumbansen, Osgoode Hall Law School, York University, Toronto, Canada), “On the Tension Between Public and Private Governance in the Emerging Transnational Legal Order” sponsored by the Robert Schuman Centre’s Global Governance Programme. European University Institute, Florence, Italy. April 16, 2012.

Abstract:
The convergence of public and private law has emerged as one of the great legal issues of the 21st century. It touches everything from the regulation of state activity, to the character and effect of the activities of non-state actors — and particularly those amalgamations of authority organized as juridically distinct persons. At its core, it implicates issues of the character and nature of the state, the state system, and the division of power — political, economic, religious, social and cultural — among a number of actors of which the state is only one. Economic entities are increasingly seen as state-like actors requiring regulation at a transnational level; states seek to participate in domestic and foreign markets as economic rather than as political actors. Large multinational enterprises are increasingly able to self regulate. Simultaneously, the nature of the legal order among states and the principles within which states may constitute themselves have become increasingly regularized — the community of nations has begun to move from an acceptance of constitution as a means of organizing political communities to constitutionalism as a system for the regulation of the organization of non-state communities with political authority.

This paper engages emerging principles of transnational constitutionalism as a basis for the organization and integration of economic enterprises. For that purpose, the paper considers the role of two influential efforts in the construction of a global enterprise constitutionalism — the United Nations Global Compact system and the Organization for Economic Cooperation and Development Guidelines for Multinational Enterprises. The paper starts with context, examining the rise and character of the conceptual elements of transnational constitutionalism and its applicability to functionally distinct communities — like that of business enterprises. It then examines the development of and current efforts to ‘operationalize’ the Global Compact and the Guidelines for Multinational Enterprises as two related substantive regulatory frameworks for the transnational governance of economic actors. It also sketches the normative elements of these efforts and their potential limitations as constitutionalist frameworks. The paper ends with an analysis of the utility and effectiveness of these related normative frameworks as a basis for the elaboration of a transnational enterprise constitutionalism and as a regulatory framework for its implementation.