I have suggested how the Cuban State was rethinking the way it supported university education. Backer, Larry Catá, 'Order, Discipline and Exigency': Cuba's VIth Party Congress, the Lineamientos (Guidelines) and Structural Change in Education, Sport and Culture? (July 1, 2011). Consortium for Peace and Ethics Working Paper No. 2011-2. The object was to change the focus of university education from ideology supporting humanities to income producing sciences, agricultural studies, and engineering. 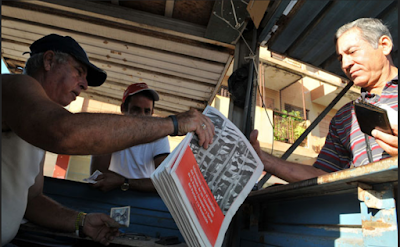 The Lineamientos themselves marked a significant change in the way that the Cuban state apparatus and the Cuban Communist Party addressed the future needs of the State and Society within a refocused Marxist Leninist foundation.  See Larry Catá Backer,  Cuba's 6th Party Congress and the Lineamientos (Guidelines) For Structural Change In Cuba, Law at the End of the Day,  May 17, 2011. 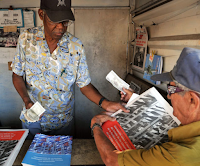 Juan Tomayo recently wrote how the Cuban state is making good on this intent, first articulated in the Lineamientos and then transposed to state policies and programs:

Cuban universities have slashed enrollment by nearly 26 percent, apparently because of deep cuts in government spending, while several foreign investors are leaving the island, according to official and news media reports.
The two reports reflected the downsides of Cuban ruler Raul Castro's effort to fix the island's doddering economy by cutting state spending on education, health and food rations, and his campaign to carry out tight reviews of foreign investments amid a slew of corruption scandals.
Cuba's National Statistical Office, or ONE, reported this week that overall enrollment in universities - all state-controlled - dropped from 473,309 in the 2010-2011 school year to 351,116 in the 2011-2012 period. That's a drop of 122,193 students, or 25.8 percent.
The largest group of students, 118,914, was enrolled in medical sciences, reflecting the government's high interest in educating doctors, dentists and nurses - Cubans to staff the domestic health system or work abroad, and foreigners on scholarships to study there.
The biggest drop in enrollment was in social sciences, though it remained the second largest group with 77,200, according to the ONE report.
Cuba's Ministry of Higher Education sets admission quotas depending on the skills needed, but government officials have complained recently that universities are turning out too few scientists who can help modernize the economy and open new areas of production lines.
"Like other developing states, Cuba is trying now to push away from ideologically useful education - the social sciences and humanities - to job- and wealth-producing fields," said Larry Cata-Backer, a professor of International Affairs at Pennsylvania State University who has studied the Cuban education system.
Cuba's communist government has long boasted of its achievements in health and education - the record of 711,000 university students in 2008-2009 was a stunning figure in a country of 11.2 million - although both areas have suffered significantly since the Soviet Union halted its massive subsidies in the early 1990s.
The Health Ministry announced in January that it had cut its 2011 budget by 7.7 percent, and officials at the Higher Education ministry have noted that each university graduate costs the state 25,000 to 40,000 pesos - roughly $890 to $1,450.
Castro has trimmed the food ration card and other government subsidies, allowed more private micro-businesses such as barbershops and announced plans to slash 500,000 workers from state payrolls in hopes of "updating" Cuba's Soviet-styled economy. (Juan O. Tamayo, Cuban universities cut enrollment; foreign investors are leaving, McClatchy Washington Bureau, May 17, 2012).

Most interesting are the parallels between this move by the Cuban state and similar moves by U.S. universities as the model here moves from one based on the provision of a well rounded education to one that more precisely meets the needs of the labor markets into which graduates are inserted.

The Cubans, of course, are not unique in this respect. Many jurisdictions in the United States, and to some extent, public education and the provision of culture in the United Kingdom, are facing the same dilemmas. Ironically they are also responding in a similar way, after years of increasing funding for education.


Think about it. Over the next 10 years, nearly half of all new jobs will require education that goes beyond a high school education. And yet, as many as a quarter of our students aren't even finishing high school. . . . That responsibility begins not in our classrooms, but in our homes and communities. It's family that first instills the love of learning in a child. . . . Our schools share this responsibility. When a child walks into a classroom, it should be a place of high expectations and high performance. But too many schools don't meet this test. That's why instead of just pouring money into a system that's not working, we launched a competition called Race to the Top. . . . In South Korea, teachers are known as "nation builders." Here in America, it's time we treated the people who educate our children with the same level of respect. (Applause.) We want to reward good teachers and stop making excuses for bad ones. . . . And over the next 10 years, with so many baby boomers retiring from our classrooms, we want to prepare 100,000 new teachers in the fields of science and technology and engineering and math. (Barack H. Obama, State of the Union Address, January 26, 2011. 2011).

The State of the Union speech by the American President sounds like it was taken from the core section of the education provisions of the Lineamientos. It follows that it is not necessarily the Marxist Leninist principles on which the Cuban State is founded that have produced a substantially unsustainable system of education, sport and culture. Free market states face similar if not graver problems. The issue appears to be global in scope—the difficulty of a commitment to public education in a context in which the popular pressure on States forces expenditures for other purposes. And like free market states, this move away from a privileging of education, sport and culture as a public obligation is compounded by the diminution of the social position of the key factor in the production of the three—teachers. Reading the Lineamientos it is sometimes not clear whether the document was produced in Havana for Cuba or in Harrisburg for Pennsylvania. But whether in Pennsylvania or Cuba, it is clear that substantial changes to the public education system are in the offing, and that those changes are in part determined by changing requirements of economic and political policy, but perhaps in larger part determined by the unwillingness of the State to continue to privilege education, sport and culture at the expense of other objectives. (From Larry Catá Backer,  'Order, Discipline and Exigency': Cuba's VIth Party Congress, , supra.).

It seems that the productive needs of society, whether understood as driven by markets or other economic forces, appears to have become the engine that now drives education.  Ideological training, once central to the idea of education of productive forces of society in Cuba has been re-imagined.  Larry Catá Backer, Irony and Incoherence in the "Professionalization" of University Education, The Faculty Voice: Sharing While Chairing the Penn State Faculty Senate, May 22, 2012.

Thanks for all of your work on this web page. I am looking forward to reading more of your posts in the future.