LASA Presentation: "Organizing Cuban Economic Enterprises in the Wake of the Lineamientos—Between Corporation, Cooperatives and Globalization" 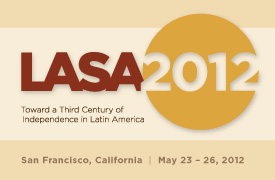 For the Congress, I presented a paper: Organizing Cuban Economic Enterprises in the Wake of the Lineamientos—Between Corporation, Cooperatives and Globalization, the PowerPoint slides of which can be accessed here.


The Congress produced its own controversy this year.  It should come as no surprise that the controversy involved the Cuban delegation to the Conference.  The U.S. government permitted a number of Cuban academics to attend the Conference, including Mariela Castro, the daughter of Cuban leader Raúl Castro and a leader in progressive movements in Cuba on the rights of sexual minorities, and child health and welfare.  See UPDATE: Mariela Castro's academic paper for LASA: "Sexual Education as State Policy in Cuba, 1959-Present" El Yuma, May 17, 2012. However, the U.S. government refused visas for almost a dozen of the invited Cuban speakers.  The reasons remain unclear.

In return, the Cuban delegation made contact with its allies in the United States for community building relating to the legal action against five Cubans charged by the U.S. government with espionage activities.

I participated in a panel, entitled, What Does The Future Hold For Cuba?: The Lineamientos, Guidelines For Economic Change In Cuba and Cuba's Vi Congress, which was held on May 25, 2012.  My contribution considered the approach of the Cuban state to the issue of liberalizing economic activity within the framework of Marxist Leninist state ideology in the shadow of markets driven economic globalization. It examined the way in which Cuba has sought to bend to the logic of economic globalization by permitting localized but tightly controlled small scale fields of private activity, while organizing the remaining portions of economic life either under state owned enterprises or state managed projects.  Individuals are denied the authority to aggregate capital by organizing corporations.  But Cuba has begun to attempt to elaborate a theory of cooperatives as a means of small-scale aggregation of labor that might produce some of the benefits of corporate activity, without drawing control of significant amounts of capital away from the direct supervision of the state. The cooperative, especially, has the potential for providing an interesting and useful alternative to corporate forms that may not only shift focus from capital to labor in economic activity, but beyond what the Cuban state apparatus wishes for this model, cooperatives may also provide a vehicle for stakeholder engagement that is more in accord with the movements toward corporate social, cultural and economic accountability in emerging international normative frameworks. These approaches are not merely a localized effort to avoid globalization. Rather, the Cuban have sought to build an ideological structure around these efforts and apply them in the construction of regional economic relations, especially through ALBA, the socialist regional trade organ.

What follows is the paper title and abstract.  The SLIDES of the presentation may be ACCESSED HERE. 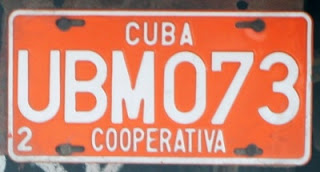 Paper Title:  Organizing Cuban Economic Enterprises in the Wake of the Lineamientos—Between Corporation, Cooperatives and Globalization

Short Abstract:  Since the adoption of the Limeamientos in 2011, Cuba has embarked on its own version of economic experimentation within its own sense of its Marxist Leninist organizational principles.  Some of the elements of this experimentation have been widely discussed and criticized—from the efforts to produce a rigidly controlled class of proprietorship businesses, to the limited and highly regulated efforts to open agricultural cultivation to farmers. Less well treated are the institutional forms in which economic development is to be undertaken.  The Lineamientos strictly limited the availability of the corporate form to state owned enterprises, or enterprises involving the state and foreigners. The rationale is that the Marxist Leninist foundation of the state would be undermined if the corporate form was made available except through the state to Party apparatus.  In its place, other, more limited vehicles for aggregation of capital in private ventures have been suggested.  Among the most important are cooperatives, put forward as an alternative to the corporate form for individuals.  This paper examines the consequences of the current approach to the creation and management of economic enterprises within Cuba.  The paper first describes the universe of organizational forms available for the conduct of economic activities within Cuba.  It then considers the cooperative as an alternative to the corporate form, suggesting both its benefits and its limitations, even within the confines of Cuban political ideology.  The paper concludes with an analysis of the Cuban approach to private capital aggregation in light of Cuba’s regional trade structures and the realities of globalization.  It suggests that the institutional limitations of the current Cuban approach will substantially inhibit the growth of private economic activity and is unnecessary even within the ideological confines of the Lineamientos