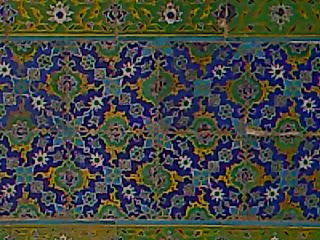 The initial version will be presented at   the international conference, Societal Constitutionalism and Globalization, hosted by the Hague Institute for the Internationalization of Law and the International University College, Torino, Italy, May 18, 2012. My thanks to Gunther Teubner (Goethe Universität Frankfurt am Main) and Anna Beckers (Maastricht University) for organizing this excellent conference.

In his 1920 Hibbert lectures on “The State, Visible and Invisible” (William Ralph Inge, The God-State, in  Leviathan in Crisis:  An International Symposium on the State, Its Past, Present and Future, By Fifty Four Twentieth Century Writers 150 (Waldo R. Browne, ed., New York, Viking Press, 1946)), the English author, Anglican prelate and professor of Divinity at Cambridge William Ralph Inge criticized the deification of the state qua state.  But in a moment of prescient clarity he logic took him further:

We are perhaps on the threshold of an epoch in which other associations, either wider than the nation, like the Catholic Church or Labor, or narrower than the nation, like the groups which it is proposed to form into trade guilds, may claim and receive the same immoral and unquestioning devotion which, when given to the State, has brought such hideous calamities upon the world.  If so we shall find that the error is not less destructive in its new forms. (Id., 153).

We have arrived at such an age. Whether, indeed, the multi-spatial and polycentric governance frameworks of a world structured on principles of societal constitutionalism will live down to Dean Inge’s vision remains to be seen.  But what is clear is that the transformation from the monotheism of state worship to the more complex paganism of the modern age of government without the state will surely reshape the relationships between individuals and governance organs. 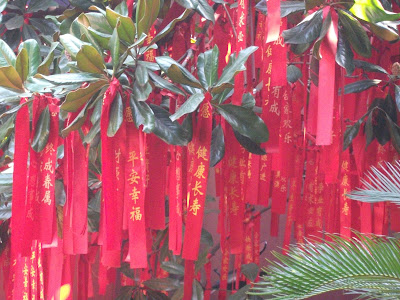 
The problem of the state, now multiplied and broadened within the three dimensional governance spaces made possible by globalizaiton provided a foundation for the exploration.  The abstract follows:

Constitutional theory is grounded in two principal objectives—the first is to incarnate an abstraction, and the second is to develop a set of presumptions and principles through which this incarnation can be judged. With respect to the first, constitutional theory can be understood as engaging in a descriptive project. With respect to this second objective, constitutional theory can be understood as engaging in a normative project. This is a project that is meant to help distinguish among incarnations, as well as among those societal aggregations from which such constructions might arise. Constitutional theory, traditionally, has been applied to creations holding political power—that is, to those manifestations of organized power constituted by a group of individuals, bounded by a territory, and evidenced by the institution of government. But today a certain measure of disaggregation has managed to manifest a constituting power. Globalization has opened holes in the walls that used to serve to police and protect states and their power authority. Societal aggregations can exist now between borders. Groups of individuals (and not just natural persons) incarnate abstractions of governance and then judge them in ways that are consonant with constitutional theory. This paper considers the consequences of this emerging framework of hierarchical power arrangements and horizontal effects for constitutional theory among this amalgam of states and other societally constituted organisms. After an Introduction, Section II engages in framework setting, focusing on the structures of societal constitutionalism within the logic of globalization. This consideration necessarily frames societies and their constitution from a spatially static and inward looking perspective. That investigation is divided into two parts; first a consideration of societal constitutionalism as a set of parameters for the ordering system of states and non-state actors, and second a brief consideration of the organization of corporate actors within this framework, specifically Apple, Inc. Section III then considers these constituted societies in a more dynamic and outward looking perspective. If societies can be understood as subject to certain principles for their inward constitution, to what extent might there be principles that affect the outward expression of inward self constitution. That consideration requires both an examination of the way in which societally constituted entities may be felt and seen by outsiders, but also the way that expressive communication can have inward affecting consequences. For that purpose, Gunther Teuber’s notions of addiction and chaos and Hans Lindahls notions of spatiality and communication serve as a starting point. The operationalization of these theories of constitution and its effects are considered in Section IV. The context is the enforcement of international human rights norms through the governance activities of Apple Inc. and its supply chain, and the focus are the spaces where systems converge, harmonize and collide. The paper concludes where it started—in constitutional theory. It will suggest the need to expand our understanding of constitutional theory beyond incarnation and judgment, to include communication among systems in a complex polycentric constituting universe.

Larry, really like the opening lines:
.
Constitutional theory is grounded in two principal objectives—the first is to incarnate an abstraction, and the second is to develop a set of presumptions and principles through which this incarnation can be judged. With respect to the first, constitutional theory can be understood as engaging in a descriptive project. With respect to this second objective, constitutional theory can be understood as engaging in a normative project.
.
They are very much suggestive of the potential for the performativity of law.
.
Substitute "descriptive" for "camera" and "normative" for "engine" and the following lines from Jan-H. and I's paper (which you reviewed last month) are telling:
.
The authors suggest that if state theory can be conceptualized as an ‘engine’ rather than merely a ‘camera’, in that policy is mobilized to make the world fit the theory, then this has implications for conceptualizing states.