Outcome of the second session of the Working Group on the issue of human rights and transnational corporations and other business enterprises, A/HRC/WG.12/21 (June 7, 2012): 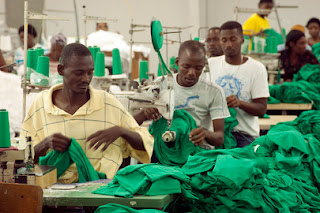 The most interesting point of the "Outcomes Statement" is contained ion Paragraph 7. The WG has sought to undertake a number fo projects simultaneously.  It appears to be relying on its stakeholder base for considerable support.  But it is not clear that these projects will be able to be undertaken without sacrificing a necessary measure of interpretive coherence.It is also likely that much of the future work fo the AG may be undertaken by and reflect the priorities of those stakeholders willing to provide funding--among them European states and Western NGOs.  Business may also seek to intervene with funding.  It is to be hoped that the WG will avoid capture in the process.  On the other hand, failure to secure backing will doom many of the projects for want of necessary funding.  A delicate situation indeed. The upcoming Forum on Business and Human Rights may be telling.

This and other U.N. documents (mostly reports) relating to the Working Group's work and the U.N. Guiding Principles may be accessed HERE.


The first report of the Working Group to the Human Rights Council, Margaret Jungk (Chairperson/Rapporteur), Report of the Working Group on the issue of human rights and transnational corporations and other business enterprises, A/HRC/20/29, 10 April 2012, referenced in the Outcomes statement above,  will be presented to the 20th session of the Council is currently scheduled to be presented on Thursday 21 June at 10am. In its current form, it is also worth considering.

As has been its perspective, the WG continues to see the issue of the human rights obligations of business in two dimensional terms. In that form, it has started the process of narrowing the focus of the project of the Special Representative and the broad governance parameters embedded in the Guiding Principles. In its AG First Report (A/HRC/20/29), the WG, for example, speaks to issues of "governance gaps" (Para. 13) that refocuses governance efforts through States, whose role is indispensable (ibid., para 16) aided by a clearly subordinate and obedient business community (Ibid).

Governance gaps lie at the core of the human rights and business challenge. This remains the case for all States and regions and for companies of all sizes, sectors and operational contexts. The Working Group is aware of a broad range of such gaps, concerns and challenges, including in such areas as governance, corruption, conflict zones and persons living in vulnerable situations, including children, indigenous peoples, migrant workers, minorities and persons with disabilities. A gender perspective adds further dimensions to these concerns. (Ibid. Para 20).

For this purpose the Guiding Principles provide a template.  The Report speaks to the incorporation of the Guiding Principles by  the ISO 26000 standards, the OECD Guidelines for Multinational Corporations, the UN Global Compact,  the International Finance Corporation Sustainability Framework, and Community on World Food Security.   It also noted incorporation efforts by the European Union, national governments and national human rights institutions (WG First Report (A/HRC/20/29) para. 29-32) and the private sector (Ibid. paras 33-39).
And the strategy:  First, reduce the Guiding Principles to little more than a way point on the rosd to more permanent governance structures.  To that end, the WG would to use the Guiding Principles as a "reference point in a rapidly developing field."  (Ibid., para 49).  "The Working Group will seek to promote convergence, consistency, coordination and clarity of such efforts wherever possible and appropriate. " (Ibid.).  To that end the WG would promote convergence, avoid duplication, maintain integrity, balance development, encourage simplicity and clarity, and focus on the most severe forms of human rights impacts.  (Ibid., paras. 50-55).  This is a critical point.  The WG does, though, acknowledge the need to embed the Guiding Principles as custom as an important step in getting to the ultimate object--the construction of a globally consistent legal framework enforced by states.

Second, the Guiding Principles are to serve as a basis for assessment.  Assessment, of course, is central to the project of accountability (Ibid., para 56).  But because the Guiding Principles are viewed as hortatory, assessment, accountability and the like require state action, "the further uptake and application of the Guiding Principles by international and regional bodies that have existing accountability mechanisms."  (Ibid., Para 58).  This is a perspective substantially hobbled by the state ideology which serves to constrict both the vision of the WG and its operationalization universe.  Lost in the drive toward absorption of the Guiding Principles in law (national, regional or international--with the distinct enforcement mechanics natural to each) is the possibilities inherent in the Corporate responsibility to provide a distinct governance universe, one not grounded in the traditional mechanics derived form the state system--law, courts, etc., but one inherent in the logic of global economic organization--markets, consumer, investor and stakeholder interventions. Backer, Larry Catá, From Moral Obligation to International Law: Disclosure Systems, Markets and the Regulation of Multinational Corporations. Georgetown Journal of International Law, Vol. 39, 2008.
The third looks at the larger context in which the Guiding Principles operate.

To build a conducive environment for the uptake of the Guiding Principles, the Working Group appreciates that (a) stakeholders must be empowered to demand that States and business enterprises meet their respective duties and responsibilities; (b) actors committed to supporting implementation and dissemination efforts must be equipped with the appropriate tools, skills and resources; and (c) the “business case” for respecting human rights must be built for both States and business enterprises. (WG First Report (A/HRC/20/29), para. 59) 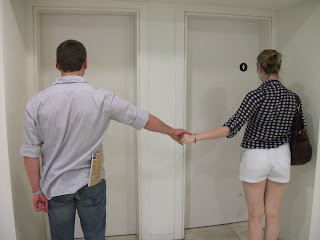 And so the fundamental perspective of the WG--the Guiding Principles is reduced to "a powerful enabler for better decision-making by States and enterprises alike. The approach of the Guiding Principles to respecting rights, taking due stock of risks to and impact on rights-holders, and ensuring that effective channels for recourse and remedy for victims are made available, offer a road map for doing business better by lowering risk, creating opportunity, avoiding conflict, improving external relations, safeguarding productivity and enhancing value." (Ibid para 94). The WG would sacrifice the polycentricity inherent in the Guiding Principles for a conventional program of law building centered on states.  That project, quite worthy without question, however, strips the Guiding Principles of some of its most innovative features.  And that is a shame.
Posted by Larry Catá Backer at 6/13/2012 08:51:00 PM