Creemers translated the draft document, comments for which may be directed to the State Council by July 6, 2012) as well as the accompanying explanations, and posted the translations:


The government framed the proposed changes in technical and administrative terms.  That is, the rthrust of the changes were meant to bring regulaitons up to date given changes in technology and to provide a greater efficiency in the management of this field with the objective of enhancing enforcement of state policy objectives that have remained unchanged.

The government on Thursday began to solicit public opinion on proposed changes to a 12-year-old law on the management of Internet service in China.
The Measures on the Administration of Internet Information Services, enacted in 2000, have become outdated in many aspects due to the rapid development of the Internet and the emergence of new technology and applications, said a joint statement issued by the State Internet Information Office and the Ministry of Industry and Information Technology.
The draft amendment to the law aims to improve the administration and orderly development of Internet information services, as well as to maintain national security, and the legitimate rights and interests of the public and Internet information service providers, according to the statement.
The draft encourages service providers to launch self discipline activities and the public to supervise Internet information services.
If the draft becomes law, an Internet supervision system will be established mainly comprising Internet information content administrative authorities, telecommunication authorities and police authorities.
The draft also clarifies the licensing procedure for online forums and microblog sites, and standardizes the entry criteria for websites and the management responsibilities of service providers.
More rules will be laid down for the real-name registration of users if it passed. (China solicits public opinions on Internet administration, Xinhua, June 7, 2012)

Creemers nicely notes one of the principle effects of indirect regulation through market management at the center of the modifications:

By adding to the administrative burden of setting up and running Internet enterprises, the regime might endeavour to keep the number of players low. It is much easier controlling a small number of large visible enterprises than having to deal with large numbers of smaller companies. Hence, by making market access procedures more difficult, the administration puts up the pressure on social media enterprises to keep their side of the deal: permission to operate in return for toeing the political line. (Roger Creemers, New Draft Internet Regulations: the Empire Strikes Back?, supra).

The law represents the latest in a series of actions taken by the Chinese government and microblog services to regulate user behavior on microblogs, which have increasingly become platforms for government criticism in China’s tightly-controlled media environment. According to the state’s Xinhua news agency, the draft law is an attempt to “improve the administration and orderly development of Internet information services, as well as to maintain national security, and the legitimate rights and interests of the public and Internet information service providers.”
This new set of government regulations comes after China’s largest microblogging service Sina Weibo instituted a number of new rules on its users, an effort likely stemming from the company’s desire to appease the government. Last month, we noted in this blog post that Sina Weibo, which boasts more than 300 million users, released a new user contract in which users had to agree not to post content deemed “untrue,” threatening to the “honor of the nation,” promoting “evil teachings, or anything that “destroys societal stability.” That contract went into effect last week after a three-week trial phase. Our colleagues at the Herdict blog note the introduction of a “user credit” points system for Weibo users, which will subtract points for bad behavior such as “spreading falsehoods.”(Malavika Jagannathan, Proposed Changes in China’s Internet Law Target Microblogging Services, Open Net Initiative, June 7, 2012)

Yet this approach has universal application.  The language of market management and efficiency has a long history in the West; there is a certain irony in its use in China in ways that are in some ways incompatible with Western normative sensibilities.  The use of managerial techniques, controlled by the state, to shape and direct otherwise free markets, to meet some one or another state policy is not unknown in the US (Stop Online Piracy Act (SOPA, etc.) ) and EU (EU Commission Proposed Data Protection Rules).  But in the West, policy debates centers on what is called data protection and piracy.  See, e.g., Cecilia Harsch,  Cyber Laws: Where to Place Your Focus, MidSize Insider, June 8, 2012; EU Commission, Press Release, Commission Proposes comprehensive reform of data protection rules, Jan. 25, 2012. 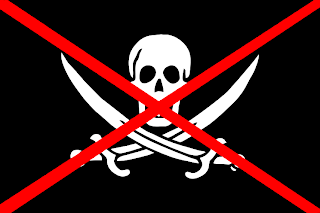 (Pix Cecilia Harsch,  Cyber Laws: Where to Place Your Focus)

But, of course, the issue is not management but the foundational policy motivating management and the interests of China and other states in the consequences for their foreign and economic policies of policy choices to privilege in managing markets. Indeed, beyond disagreement over the substantive policies underlying regulatory approaches, the extraterritorial effect of those regulatory managerial efforts projection he effect of those rules out onto the territory and citizens of other states, poses the greatest potential source of conflicts between states, among regulated stakeholders and other communities that can move between jurisdictions.   These difficulties and those approaches are not unique to the internet, though easiest to expose within that regulatory field. But it has also bedevilled regulators in other areas as well.   That also has been at the heart of debates at the heart of recent efforts, for example, to manage financial markets in the wake of the financial crisis of 2008. See, e.g., Larry Catá Backer, The Financial Stability Board and Global Financial Governance After the September 2009 G20 Conclave, Law at the End of the Day, Sept. 26, 2009. We can expect more of this in the future as states move more comprehensively from simple commands to a more technically oriented approach to behavior management, with large shifts in the locus of power and autonomy.