My former student Jinghao Lu has some interesting things ot say about the new wave of Chinese investment in Africa.  His most interesting insights are the character of outbound investment (small and medium sized private companies) and the extent of public subsidy (increasing but targeted help from Chinese state authorities). More importantly, it suggests the significance of Chinese macro-economic planning on both the character of Chinese outbound investment and the extent of support for such investment from Chinese state organs. 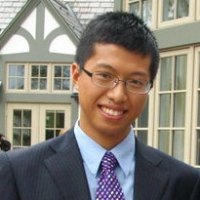 His interviews is set out below

“Africa is becoming an attractive place for Chinese investment, as it shows tremendous opportunities for growth, despite having a relatively high-risk investment environment,” he notes.

The first wave of Chinese investment into Africa was led by State-owned construction, mining and oil corporations. Many of these companies entered through governmental bilateral agreements that were generally outlined as infrastructure provision in exchange for natural resources.

“However, as they acquired a better understanding of the local market, the construction and resource companies started to explore additional business opportunities on the continent, with minimal support from Beijing.”

A thriving middle-class community in Africa has largely contributed to a booming manufacturing industry on the continent. According to China’s Ministry of Commerce, manufacturing’s share of total Chinese investment in Africa was 22% in 2010, second only to mining, at 30%.

“In Africa, most of the Chinese-invested small to medium-sized factories are not run by State-owned enterprises but by private entrepreneurs from mainland China and overseas.

“The Chinese entrepreneurs are generally business-orientated and mobile. They are good at taking advantage of tax incentives offered by local governments and through African nations’ bilateral agreements with Europe and the US. “This trend will continue to grow, as the Chinese government has decided to enable the private sector, which is currently not generally entitled to State financing, to invest abroad and compete with State-owned enterprises,” he says.

Agriculture is increasingly attracting investment, as regional markets have been slowly integrated through infrastructure upgrades. An increasing number of Chinese tourists are travelling to Africa for holidays, owing to the regular flights linking China to Nairobi, Addis Ababa and Johannesburg, highlights Lu.

“As the market in Africa becomes bigger, Chinese entrepreneurs will aim to take advantage of any new investment opportunities, owing to intense domestic competition, thin profit margins, unaffordable housing prices and other push factors in China. There are reasons to believe that every emerging industry in Africa will be subject to inflows of Chinese capital and not necessarily from the State,” he says.

Further, as outlined in the twelfth Five-Year Plan, a number of sectors in China will receive extensive policy and monetary support from the Chinese government. These include environmental protection, an integrated transportation system, agriculture technology, information technology and financial and logistics services, beside others.

“The policy also re-emphasises government’s support for Chinese State-owned enterprises and privately owned enterprises to invest in value-added industries overseas, not just through trade. In Africa and China, South African multinationals with competitive intellectual properties in many fields can consider aligning their expertise with the Chinese economic policy.

“A number of Chinese companies have learned to enter the market through joint ventures, which combine local expertise with Chinese competitive financing channels and efficiency in operation.

“However, the volatile labour market in South Africa has become the largest obstacle for additional Chinese capital. Helping a Chinese partner to handle black economic empowerment and labour tension would add a lot to a South African firm’s value proposition,” concludes Lu.