The Sovereign Wealth Funds Law Centre, directed by Fabio Bassan,  gives assistance to Sovereign Wealth Funds and their home states, to host states and local administrations, to companies seeking SWF as investors, in assessing the legal risk in recipient countries legislation, the relevance of immunity protection and of Bilateral Investment Treaties in force. 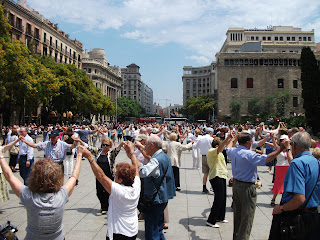 The Contents of the Report:

04 Rio: a revolution on the eye of the world
Antonio Carlos Diaz

First: the governance design of a Sovereign Wealth Fund is relevant for SWF scoring purposes, for setting SWF standards and best practices, for applying host states security measures (subject to certain conditions), for assessing if sovereign immunity or Bilateral Investment Treaties clauses apply. But, first of all, the governance structure is relevant for classifying Sovereign Wealth Funds.


The focus on Brazil was particularly interesting.  Jorge Amary, Jr. made a case for Brazilian investment.  He notes:

I would like to point two special groups of investors, which are key to understand the investment thesis of this article.

I will name the first group “pre-market” investors seeking for growth: mainly Angel, VC and Private equity, which are the main investment case I see herein. The second group of investors is seeking for income led by Pension Funds Group, which will have its role in a further wave in the near future. (Id., 33)

These groups would be investing in a positive environment with some challenges.


Going back to the 3 main issues the crisis has brought: (1) a devaluation only financial ones, as bonds, stocks; but also assets held by companies such as customers’ good will bringing the overall values into lower levels; (2) a new risk perception, having tradition so called “safe harbors” downgraded and some

of those even losing its investment grade status, reducing the so far called “low risk” or “risk free” investment possibilities into a very narrow group, (3) the high level of private and public debt leading on the first hand to a major deleveraging and on the second hand to public expenditure adjustments (yet very cloudy) that combined will impact economic growth and therefore equity returns. We can conclude as follows: as for point 1, local assets, mainly the ones held by companies with very little exposure to foreign markets

and having a nice consumer and investment good will case, have on the contrary much more upside potential than in the central economies. As for point 2, a new risk perception will bring extra investment funds to Brazil due to its risk return possibilities in the next years. Finally, as for point 3, the Public sector ratios still give the Government ample discretion, that together with the bank capital coverage and low exposure to problematic economy assets or debts, reduce the risk of a deleveraging.

The above analysis supports a share of international portfolio allocation and indeed, apart from the economic moment, Brazil is and shall remain for sometime an investment alternative more than a simple emergent high yield market. (Id. 11-12).

A careful scrutiny of the main features of Law 12.351/10 suggests that, despite nominal reference to a PSA and the presence of the basic features of this kind of arrangement, the contract that arises from this new regulation has some peculiarities that, in general, show a stronger public presence in the oil sector – either as an entrepreneur or as a stricto sensu, but strengthened, public power.

b) increases consistently the power of Petrobras, at the expenses of both the Independent Regulatory Agency (ANP) and private actors, reproducing, in some (and more sophisticated) measure, the previous institutional arrangement, in which National Council of Petroleum – CNP and Petrobras were the basic actors of the Brazilian petroleum industry (with marginal and virtual participation of foreign and private companies through service contracts).

Justification for those claims are to be found through the analysis of some factors:

a) The chain of competences and strategic decision-making powers attributed to central organs as the National Council of energy Policy and the Ministry of Mining and energy (CNPe and MMe), related either to the drafting of the contract (the setting of its economic and technical parameters), to its assignment (legal possibility of a PSA directly with Petrobras, without bidding), or to its execution.

b) The significant increase in the amount of the (federal) government take and, more important, the modification of its nature, i.e., from money to oil in natura (a certain percentage of the “profit oil”, established for each contract by the Ministry of Mining and energy).

c) The legal obligation of Petrobras’ compulsory participation in all and every contract granted, with at least 30% of the shares (whenever it is not the sole winner of the bid or the direct contractor, it has to be “admitted” as a shareholder of the contract).

d) The legal status of Petrobras as the exclusive Operator in each and every contract granted. As such, Petrobras is the exclusive agent in charge of the material operations related to exploration/ exploitation in the whole area of pre-salt province.

e) The legal obligation pursuant to which the parties shall enter into the PSA Consortium, entity who is in charge – through its Managing Committee – of all strategic decisions related to exploration/exploitation, and in which the agent of the Federal Union (Pré-Sal Petróleo S.A. - PPSA) has the majority of votes and the right to appoint the President.Id., 58-59).

For many years, Rio de Janeiro was remembered by its public safety problems, made worse by the absence of dialogue between authorities and lack of planning. In summary, it was considered an environment of risk for business. No wonder big companies moved their operations to other markets. Gradually, the negative points were attacked in the political, economic and social aspects. The three spheres of government began to act in a coordinated manner with concrete actions and a common agenda. Another decisive step was the adoption of a new strategy to combat violence, whose symbol is the UPP project, anew Public Safety policy that was implemented to regain control of specific areas, returned the credibility to security forces and helped reduce crime rates.
The last contribution, by Fabio Bassan, focused on the Norway SWF  His view of the tension that is sometimes suggested between economic efficiency and the ehtical constrants of the fund  are worth consideriong seriously:

Could it be a contrast between ethical and financial objectives, in the short or the long- term? This is the main question raised on the investment policy of the Global Fund. According to Clark-Monk (2010) Norway “has chosen to discount functional efficiency in favour of exerting a fundamental social perspective”. The paradox would be that the ethical mandate constrains the Global Fund’s functional efficiency.

Actually this paradox seems to me to lie more in the Fund’s governance and structure than in its objectives. The lack of legal personality, the decision power attributed to the Ministry of Finance, the role of the Parliament, all those elements contribute to strengthen Fund’s legitimacy, probably constraining its efficiency. But this is not directly related to the Fund investment policies. Should the Global Fund have a different governance and be independent from the Government, of course, it would be more efficient. But would it be then Fund efficiency constrained by ethical objectives? If we leave the general pattern and read the criteria and standards settled by the ethical guidelines, we should admit that to avoid investing in companies that risk to be in the near future responsible for corruption, severe environmental damage, systematic violation of human rights, is nothing but a sophisticated and high-level protection from financial losses (due to reputational damages, legal expenses, etc...) in the long-term – that is the time horizon of the Fund investment.

Hence, even if the legal and economic research on this topic is at an early stage, and deserves to be examined in depth, one could reasonably foresee that on the long-term the distance between ethical and financial objectives will significantly be reduced. One could name this convergence “sustainable finance”.<(Id., 74-75).