Revised and Updated Manuscript: The Cooperative as Proletarian Corporation

I have been writing about the development of new theoretical and legal approaches to cooperatives, as the experiment is unfolding in Cuba. I first presented this paper this past summer at the The Association for the Study of the Cuban Economy 22st Annual meeting and Conference in Miami August 1-4, 2012. 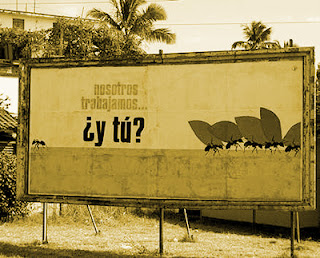 I have revised the paper extensively to incorporate the newly promulgated regulatory framework for cooperatives unveiled by the Cuban government in December 2012. (See, Cuba Issues New Cooperatives Regulations: Tentative Experiment in Socialist Market Enterprise or a Privatization of State Management?) The article also connects these regulatory innovations to theoretical developments among Cuban academics. (See Camila Piñeiro Harnecker on Cooperatives and Socialism in Cuba)

The revised manuscript may be accessed here. The manuscript will be published under a modified title as Backer, Larry Catá, "The Cooperative as Proletarian Corporation: Property Rights Between Corporation, Cooperatives and Globalization in Cuba", the final version of which will be published at the  Northwestern University Journal of International Law and Business Vol. 33(3) (forthcoming 2013).


The Proletarian Corporation: Organizing Cuban Economic Enterprises in the Wake of the Lineamientos — Property Rights between Corporation, Cooperatives and Globalization

Abstract:
Since the 1970s, the relationship between productive property, the state, and the individual has been contested in Marxist Leninist states. While China has moved to a more managerial form of relationship, states like Cuba continue to adhere to stricter principles of state control of productive property. In the face of recent financial upheavals and Cuba’s long effort to create alternative forms of regional economic engagement, Cuba is seeking to reorganize its approach to economic organization, structured through a framework of guidelines (Lineamientos) adopted by the 6th Congress of the Cuban Communist Party (CCP). This economic reorganization appears to open a small space for private economic activity, subject to state supervision, and then to internationalize the model as a component part of Cuba’s emerging strategies for socialist regional trading blocks. Within this model of reorganization, the state has reserved to itself the right to use the corporate form and the authority to aggregate capital for economic activity. It has encouraged the development of alternative forms of joint economic activity by individuals. The most innovative alternative is the cooperative, which has the potential to develop into a potentially useful form of socialist or proletarian corporation. But innovation faces substantial hurdles, the most potent of which turns on unresolved policy questions about the extent of the role of the state to manage and direct economic activity. After an introduction, Part II examines the context for the development of this new approach to cooperative organization, focusing on the stresses to the Cuban economic system of the last decades and the recent efforts to fundamentally rethink economic organization in Cuba. The emerging system is then considered and the political tensions producing the current reforms examined. Part III then turns to a close study of the cooperative within the emerging system and its constraints. The section starts with a consideration of the agricultural cooperative as template for changes. It then turns to a critical consideration of the development of a theoretical basis for changing the function and operation of cooperatives developed by Cuban intellectuals. It ends with an examination of the transposition, only partially successful, of that theory into the guidelines for restructuring the Cuban economy (Lineamientos) adopted by the CCP, and then articulated through a regulatory framework adopted in December 2012. Part IV then briefly considers the role of the cooperative in efforts to internationalize the Cuban economic model through vehicles such as the Alianza Bolivariana (ALBA). The essay concludes that while the cooperative fits nicely within Cuba’s efforts to develop a complex and well-integrated program of economic organization, its theoretical elegance remains in tension with the realities of Cuban politics that increases the risk that this vehicle might be reduced to a means of privatizing central planning.