Religion, Social Norms, and the State--The 2014 Letter of the Sacerdotes Mayores de Ifá of Cuba 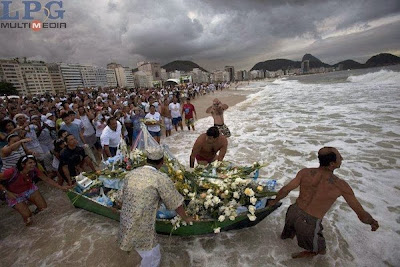 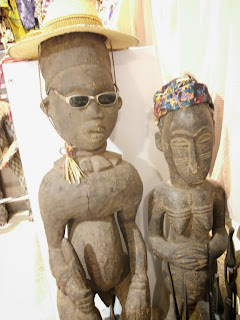 (Pix (c) Larry Catá Backer 2014)
This year's advice for Cuba is particularly interesting and in some respects quite sophisticated. They are grounded in part on the most influential aspect of divine connection for the year--the orisha Yemanyá, who is the essence of the ocean and of motherhood, and a fierce protector of children. Her name is a shorthand of the Yoruba "Yeye omo eja" that mean "Mother whose children are like fish." In Cuba Yemamyá is syncretized with Our Lady of Regla.  The influence of Yemanyá  is bounded by another powerful orisha this year--Eleggua--usually depicted as a child (el niño de Atocha for example) and associated with communication and the control of the crossroads (fate); the orisha who must be invoked before anything can proceed, transpire or succeed in the world., but also a trickster. Together these orisha's frame the advice for the year.  The 2014 message (refranes del signo) is organized as four  that suggest transitions, reversals, and the danger of overreaching. (the butterfly that seeks to fly before its time will have its wings burned; I have everything and need everything; God gives beard to those without hair; and a king will die as a prince is crowned). Those are particularly interesting in the Cuban context for which it is focused.  More importantly perhaps are the notions of the emptiness of one's desires, which can  amount to precisely what one did not want.  This is in marked contrast to the 2013 message (refranes del signo) is organized as three sayings or proverbs: (1) appearances will be deceiving; (2) on earth there will be an absence of divine justice; and (3) that which appears to be (or figures as) substantial or important is not and that which does is not. The major 2014 annual undertaking involves literally unity and conflict among contradictions,  separation and discord, and the tidal wave of irresistible forces).  This accords with the proverbial insifghts for th eyear that suggests the illusion of earthly activity. The recommendations that follow expand on these more oracular pronouncements.  They focus on religious harmony, and on the dangers of physical events involving weather related to the ocean.  This will be a difficult age for the brotherhood at the top of the message fo Pope Francis.
_____________

Email ThisBlogThis!Share to TwitterShare to FacebookShare to Pinterest
Labels: Law and Culture, Law and Religion