I was fortunate enough to have participated in a conference, "Contested Collisions," convened by Dr. Kerstin Blome, Prof. Dr. Andreas Fischer-Lescano, Dr. Nora Markard, and Prof. Dr. Stefan Oeter. The conference will be held in Bremen, 10th January 2014, - 12th January 2014.

The Conference Program may be downloaded HERE. 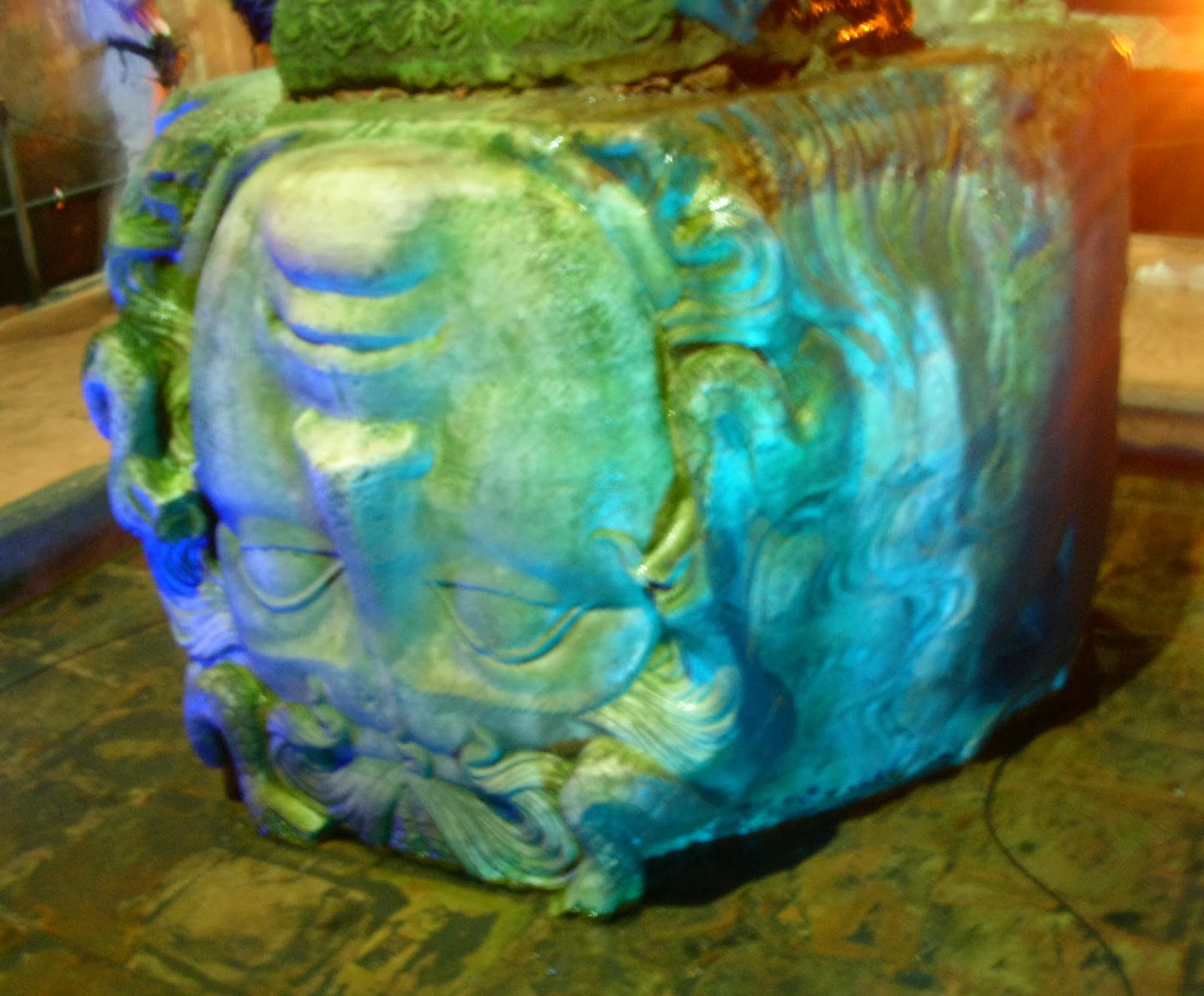 
This post includes the posted conference materials, a listing of conference participants with links, and and my annotations and analysis of many of the presentations.

My contribution is entitled: "Governance Polycentrism--Hierarchy and Order Without Government in Business and Human Rights Regulation." It has been posted to the Social Science Research Network and may be accessed here. The PowerPoints of my presentation may be accessed HERE.


Description: This three-day conference will controversially discuss the concept of "regime collisions." The concept is used to describe the fact that fragmentation into an increasing number of international regimes with overlapping areas of competence can lead to contradictory decisions or mutual obstruction.

The first phase of the conference will critically examine the phenomenon of regime collisions from a theoretical perspective. Is this a merely technical conflict of norms, or a competition of societal interest groups for specific goods? Is it best described as a problem of hegemony, as assemblage, as a cloak for North-South conflict? The second phase will look more closely at possible solutions to this phenomenon. Can there be a "meta-collision law", or no? What could be other ways to integrate colliding regimes with one another? How can private regimes be included in such solutions? The third phase will look at case studies to discuss the impact of the different theoretical and practical approaches in different fields.

The introduction was notable for its offer of a conference focus: to situate regime collisions within its legal context, within, among and beyond states.  Four initial approaches were offered: (1) a classical legal approach in which states remain as the center of discussions of collisions of legal orders; (2) a political approach which acknowledges a (slight?) de-centering of states from the focus of discussion of governance (including governance through law) and which focuses on the political problems of governance fragmentation (from which the state is not really very far off of the center of the discussion); (3) a polycentric approach that suggests a layering of governance orders in which the state occupies a place, though what place and what (if any) order (the possibility of anarchy with or without order) there is to this layering remains to be explored; and (4) an autopoietic approach refocusing the discussion within social systems theory and touching on the distinctions between persons and bodies and between individuality and physicality of both natural persons, institutions and systems. Each of these strand were taken up by the conference participants.

These two papers sought to set the parameters of the conceptual framework  of the conference objectives.  The first sought to place the debate squarely within the legal domain.  The second considered its more theoretical aspects beyond the field defining parameters of law. Professor Oeter looked to the evolution of global constitutionalism for a sense of the evolving parameters within which law both knows and disciplines itself within and among political institutions. That evolution, of course, also tests the founding parameters of legitimacy implied by the imposition of constitutional orders as it moves from a disciplinary technique of the state to one of the community of nations (directly) and of other regulatory institutions (indirectly). At its limit, these evolutionary tendencies might well overwhelm the integrity of the concept of constitutionalism itself or transform it beyond recognition.  At a minimum it suggests the strength of the process of institutionalizing international organizations  as well as its judicialization, even in the absence of courts and judges conventionally understood. But beyond that the narrative of constitutionalization is highly contested among at least three schools, functionalists (mapping what is happening), normativists (crafting strategic movement toward global constitutionalism) and pluralists (non unitary normativity).  Together these point to the problems of regime collisions within a constitutionalist construction, problems that focus on heterarchy (too little order; anarchy or chaos)and hierarchy (too much order; hegemony and revolution).  Professor Menke, on the other hand provided a  more inward looking exploration of contestation within law.  Focusing on the collision between law and not-law as an internal affair he considered four aspects of this problem: (1) the violence of law; (2) self-reflection; (3) non-communication: and (4) utopia in law. The discussion of the violence in law, well known in 20th century theoretical debates about the "nature" of law and therefore its relationship to those it affects or those who seek to use it, was particularly interesting.  It was interesting especially for the way in which such violence discussions are so heavily dependent on both he autonomy and exteriorization of law.  It suggests a basic instrumentalism that marginalizes both the legal character of custom and tradition, and by implication, is suspicious of interiorization of law, either as a post modern concept (Foucualt) or as a function of the character of customary law systems (Aristotle). More importantly, perhaps, it tends to view as essential the conflation of law as norm/rule and law as enforcement; of law as general principle and of law as situated application; of law as command and law as obedience; and thus precisely of the possibility of law as external and law as internal to its objects and subjects.  That tension, of course, is crucial, Professor Menke reminded us, ti the basic issues of law and justice.  Interesting as well was Professor Menke's application of important insights of Benjamin and Kleist to the issues of the possibilities of relief from law and the end of legal judging, self reflection in law as autonomy, and the importance of the self-condemning judge for the integrity of law, (drawing on Kleist's Der zerbrochne Krug) and on the utopia of the liberal state.


Phase I: Collisions How and Where?
Critical Perspectives on the Phenomenon of "Regime Collisions" and Their Effects

These three papers considered the emerging relationships between the state and the transnational form a variety fo perspectives.  What appeared to hold them together was a certain nostalgia for the state, either by suggesting state failures to adapt to changing environments in ways that might preserve the integrity of the state and the state system, or by seeking to stretch the logic of the traditional law-state beyond its limits, that is to induce the state to gut its internal logic and, with facade intact, invest it with new qualities, in new and interesting ways. And indeed, these papers suggested the location of collision as situated between the ideal fo the state and the realities  of globalization within which the ideal of the state is sought to be re-imagined as something else again. Each described a space beyond the state within which the state was meant to serve a function.   Nikita Dhawan looked to the issue of the locus of responsibility (through the interventions of regimes of international law) within states but drawing on interventions from well beyond its traditional jurisdictions, focusing on the location of responsibility for acts of genocide within the logics of post colonialism. The issue was responsibility for genocide before genocide became reified within the structures of international law, the connections between colonialism and colonization and the modern strategies of remembrance politics and nation building. Philip Liste looked to the locus of remedial mechanisms for violations of human rights within courts but beyond states, though drawn from out of domestic legal orders in communication with other legal regimes. The focus was on Kiobel v. Royal Dutch Petroleum,  and the construction of a space within the American domestic legal order for contestation pitting corporate liability regimes (global) against territorial constraints (politics).  Liste used the enormous number of amici briefs to seek to map a transnational space created through litigation with transnational human rights implications within U.S. courts. Sven Opitz and Ute Tellmann looked to the locus of globalized flows of people and capital beyond states through the device of designating territories of either non-state zones or transnational state zones within which the logic of states is suspended to cope with the challenges of the movements of people and capital across borders. Here the focus was on the peculiar abstraction of physical territory, Christmas Island off the Australian coast, and the Cayman islands in the Caribbean, as spaces within which migrations of people and capital could be processed or secured beyond national territory.

Contested Normativity: Which are the Effects of Norm Contestation?
Nicole Deitelhoff, Goethe University of Frankfurt