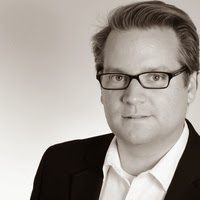 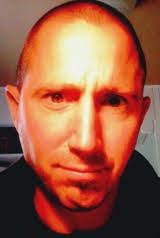 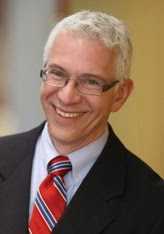 Rowland and Passoth are among the most innovative scholars in the field of  Science, technology and society (STS), which is also sometimes called science and technology studies.  This field examines the nexus among social, political, and cultural values affect scientific research and technological innovation, and how these affect society, politics and culture. STS has lots to say about law, legal systems and policy at the national and international levels (my role as discussant and roundtable host).  State theory is, at bottom, the study of the consequences of an organization  of these forces within a construct we have come to call the state.

The conference description and links to the video recording of the event follow:

The Passoth-Rowland Presentation and Roundtable may be viewed HERE (via mediasite) or on Penn State Law's Multimedia Page.  It may also be accessed through the Coalition for Peace & Ethics Website: HERE.

For at least 100 years, scholars in law, political science, philosophy, international relations, and various branches of sociology have asked: What is the state? And, for at least as long, answers to that question have commonly taken the form of a petty and seemingly endless game of conceptual one-upsmanship. An alternative direction exists from the small world of science and technology studies. State multiplicity. The shift toward seeing "the state" as multiple implies that we understand the state to be, convincingly, both one thing and many things simultaneously. In this talk we draw on more than 100 years of research on the state to document the possibility state multiplicity and then we hazard a few tentative and counter-intuitive conclusions based on our preliminary findings.

Jan-Hendrik Passoth is a Post-Doc at Technische Universität Berlin. He connects social theory and science and technology studies by working on problems of social structure and infrastructures, human and non-human agency, and discourse and material culture. He writes for the blog “Installing Order.”

Nicholas J. Rowland is an Associate Professor of Sociology and Science and Technology Studies at the Pennsylvania State University. He connects social theory and science and technology studies by working on problems of social structure and infrastructures, human and non-human agency, and discourse and material culture. He writes for the blog “Installing Order.”

Larry Catá Backer, Professor of Law & International Affairs at Penn State, researches globalization, especially as it relates to law and legal systems. His most recent work touches on the regulation of multinational corporations, sovereign wealth funds, transnational constitutionalism, and the convergence of public and private law. He is the Executive Director of the Coalition for Peace and Ethics.